6 days ago 0 6 min read
We use cookies to provide a personalized experience for our users. By continuing to browse this site, you give consent for cookies to be used.
Got it!
Home > News > Ottawa > Ottawa Public Health warns residents about West Nile virus after mosquito tests positive 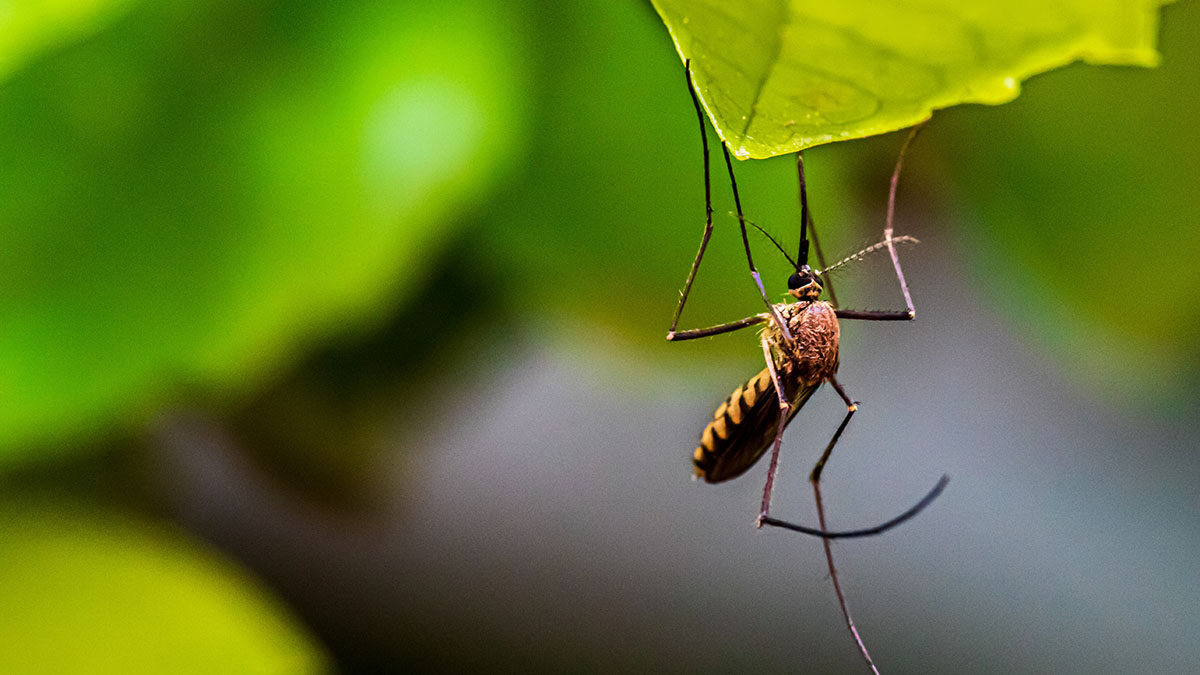 The City of Ottawa announced on Sept. 10 that the first mosquito of the season had tested positive for West Nile virus. The positive test prompted a warning from Ottawa Public Health for local residents to take steps to protect themselves from mosquito bites. [Photo © Syed Ali]
Environment

As if COVID-19 wasn’t enough, another virus has Ottawa Public Health raising a red flag.

Recently a mosquito was found to be carrying West Nile virus. That discovery has triggered a warning from Ottawa Public Health for residents to take measures to protect themselves from mosquito bites.

“Mosquito trapping and testing as part of Ottawa Public Health’s West Nile virus program have confirmed the first positive West Nile virus lab result in Ottawa mosquitoes for this season,” OPH said in a Sept. 10 public alert. “Biting mosquitoes can pose a risk for West Nile virus until the first hard frosts of the fall. Residents can help reduce mosquito populations around their homes by getting rid of all outdoor objects that can hold water, where mosquitoes lay their eggs.”

While the West Nile virus is an infection spread by mosquitoes annually, how the COVID-19 pandemic might affect spread is unknown, experts say.

West Nile, described as a single-stranded RNA virus, can cause serious illness in a small number of cases. The risk increases with age and a weakened immune system, and it can take three to 14 days for symptoms to occur after infection with the virus. Flu-like symptoms can range from muscle aches, headaches, a fever or a skin rash.

“West Nile is an interesting virus. It wasn’t described in North America until about 1999,” said Dr. Gerald Evans, an infectious disease specialist from Queen’s University.

Evans said that during this outbreak many birds died and animals in New York zoos were affected as well.

“Since 1999, it has emerged out into these reservoirs of birds and basically spread across North America,” said Evans. “Every year we see a few cases of West Nile virus that become clinically apparent, but it’s actually been around for 22 years now.”

GDG Environment, a Quebec-based environmental services company with an Ontario office in Ottawa, has been working on West Nile virus programs in this province since 2003. These programs include surveillance, where monitoring the mosquito populations is crucial, as well as applying larvicide to protect against the virus.

Mark Ardis, a biologist and a scientific advisor with GDG, said there are 32 CDC light traps being used across Ottawa to help monitor adult mosquito populations weekly. The traps were developed by the U.S. Centers for Disease Control.

The trapped mosquitoes are brought to the lab and tested to identify their species as well as for the presence of West Nile virus.

“In Ottawa, there are over 40 species of mosquitoes, and we test for the presence of about 12 of those species,” said Ardis. “For the West Nile virus program, we are primarily targeting Culex pipiens. This mosquito is not primarily a human biter; its preferred host is birds.

While West Nile is most commonly transmitted to humans by mosquitoes, birds migrating from the south — such as the American Robin — are the main carriers of the virus.

The City of Ottawa is advising individuals to wear light-coloured clothing that will be ideal for protecting exposed skin, such as long-sleeved shirts and socks, as well as to apply mosquito repellent when outside.

“There really isn’t known interaction between West Nile virus and COVID-19. Nor is there a strong basis to suspect that there would be any surprising interaction there,” said Dr. Cédric Yansouni, an infectious disease specialist at McGill University. “It would be hard to imagine how these two cycles would interact in a predictable or a meaningful way.”

While SARS-CoV-2, the virus that causes COVID-19, is a respiratory virus transmitted from person to person, West Nile is often transmitted through mosquito bites and has a complex life-cycle that involves birds, mosquitoes and occasionally humans.

Evans said that because the viruses are so fundamentally different, it is hard to imagine what potential connection there might be between the two.

“Because they have two different mechanisms of transmission, we really don’t know,” he said. “You could potentially get both of them at the same time. Whereas, two respiratory viruses trying to infect you … they might actually interfere with themselves a bit more, so it’s really kind of unknown.”

As of mid-September, Public Health Ontario was reporting five human West Nile virus cases in the province, in addition to 97 positive mosquito pools.

Most cases of West Nile Virus recorded in Canada were during 2007, when 2,401 individuals tested positive. While the numbers have gone down since Yansouni said it is difficult to foresee how the virus will play out each year.

“We are really bad at predicting what the following year is going to be like.," he said. "So far in 2021, we have had very little West Nile activity. There is a handful of cases in each province, but it has really been a quiet year."