5 days ago 0 3 min read
We use cookies to provide a personalized experience for our users. By continuing to browse this site, you give consent for cookies to be used.
Got it!
Home > News > Social Issues > Ottawa struggling to cope with increase in homeless population during pandemic, say city officials 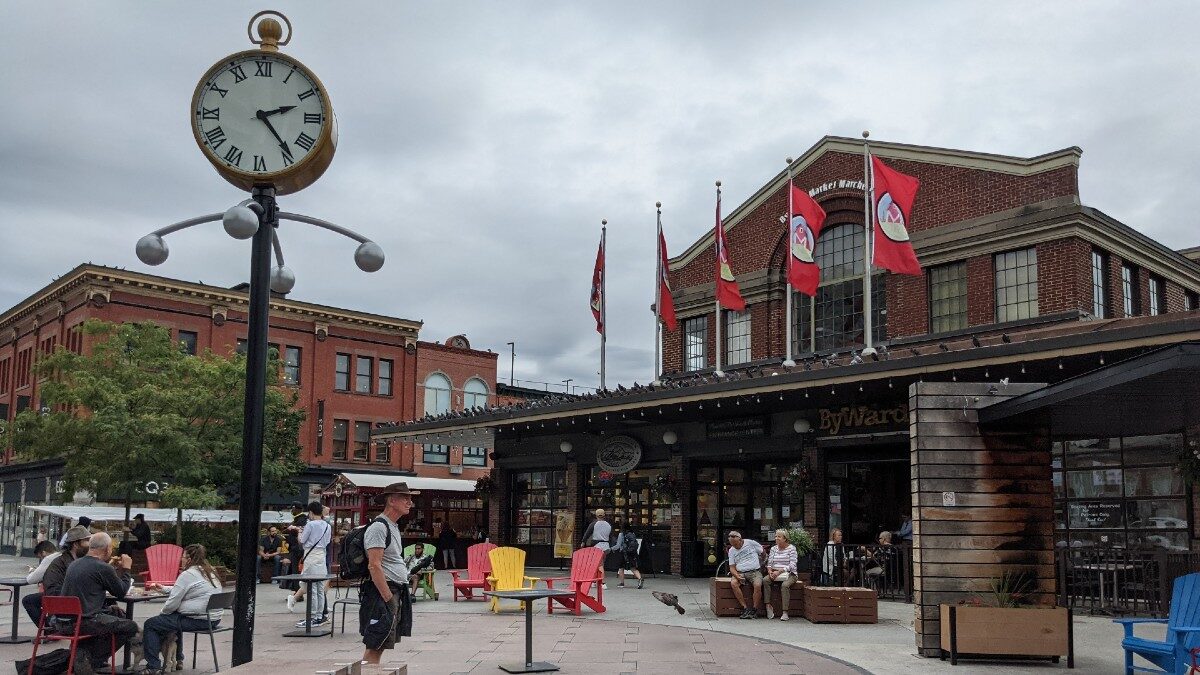 As businesses have reopened and COVID-19 restrictions have eased, the Byward Market is once again a busy Ottawa hub for locals and tourists alike. But safety is on the minds of community members as the city considers how to respond effectively with enhanced social services to address the increase in homelessness. [Photo © Mia Jensen]
Community

A rising population of homeless and precariously housed people in downtown Ottawa during the pandemic is raising concerns about inadequate social services in the area and risks to public safety.

According to a memo from Ottawa’s city manager — which sparked discussion at a recent meeting of the city’s community and protective services committee — the number of people experiencing homelessness has risen sharply during the pandemic.

The situation has raised concerns about the lack of mental health supports and other social services in the city. But it has also stoked concerns about the safety of homeless individuals and the public from advocacy groups, businesses and community members in the Byward Market, Lowertown and Rideau Street areas.

Over the summer, community members pointed to a lack of mental health resources for people living on the street and pushed for more specialized emergency response services for the area. They pointed to increases in the number of people in distress, engaged in substance use and committing petty crime.

The memo was a response to an inquiry submitted in May by Rideau-Vanier Coun. Mathieu Fleury, asking the city which resources in the area could be mobilized to address those gaps.

“It is no surprise to everyone because of the concentration of services … that there are severe mental health, addiction and housing challenges in our area,” Fleury said at the Sept. 16 meeting of the city’s community and protective services committee, where the memo was reviewed. “The community is clearly asking us for co-ordinated, city-led, on-the-ground outreach services.”

High-needs community members in Ottawa, including homeless and precariously housed people, were hit hard by the pandemic. According to the memo, the city saw an increase in the number of people without shelter rise from 90 before the pandemic to a peak of 225 in October 2020.

The numbers have since declined to 150, but ongoing concerns over the city’s toxic drug supply and increased incidents of people in distress in the Lowertown area have community members calling on the city to act.

Last July, the Ottawa Coalition of Business Improvement Areas, which represents 19 BIA merchant associations across the city, asked the city to provide additional mental health resources in the area to help those impacted by the pandemic.

Executive director Michelle Groulx said her members in the area are concerned about safety.

“As businesses began opening and foot traffic happened, there are further incidences of mental health (crises),” she said. “It turns into an issue of safety for that person and also safety for the business and safety for the patrons.”

She added that her members often don’t know how to help and don’t want to inadvertently make anyone’s situation worse.

“Businesses have great empathy, especially during the pandemic, for these individuals who are out on the street,” she said. “They don’t necessarily know who to call.”

OCOBIA, she said, recently met with city officials to find out where the gaps in services are, and to call for more resources and more transparency.

According to housing advocates, extra supports in the Lowertown neighbourhood are needed because its proximity to a high number of essential services leads people experiencing homelessness to congregate there.

“People are going to use the services where they are,” said Kaite Burkholder Harris, executive director of Alliance to End Homelessness Ottawa. “That’s something we have to acknowledge, and figure out a solution so we can make sure people move forward and out of homelessness.”

Harris said the city needs to focus more on addressing the lack of affordable housing that creates the circumstances for people to lose their access to shelter or makes it difficult to break the cycle of homelessness.

“If we do not have the funding to build housing, and the operating costs, which typically come from the province, it’s very difficult to get affordable housing at the scale that’s needed to be able to actually tackle this seriously,” said Harris.

According to the memo, the city will focus on improving communication with community members, increasing collaboration and co-ordination between outreach groups in the area, and introducing new services while expanding existing ones.

The Shepherds of Good Hope, a local non-profit located on Murray Street in Lowertown, is on the frontlines of those new and expanding services. Since the pandemic began, Shepherds has introduced a COVID-friendly open-air drop-in, a new supportive housing facility, and have adapted their meal program and shelters to meet increased demand.

The pandemic posed huge challenges for organizations like Shepherds, which was forced to cut capacity when the public health emergency began. “We really had to change everything we did,” said Caroline Cox, senior manager of communications. “There was a lack of place that people could go. We saw a large amount of people on the sidewalk and there’s no dignity or comfort in that.”

The organization is also in the process of building a new multipurpose space, including permanent housing for 48 people experiencing homelessness, which is expected to open in 2022.