2 days ago 0 4 min read
We use cookies to provide a personalized experience for our users. By continuing to browse this site, you give consent for cookies to be used.
Got it!
Home > News > Education > University > Panda, parties and police: New study links unruly student behaviour to ‘fear of missing out’ 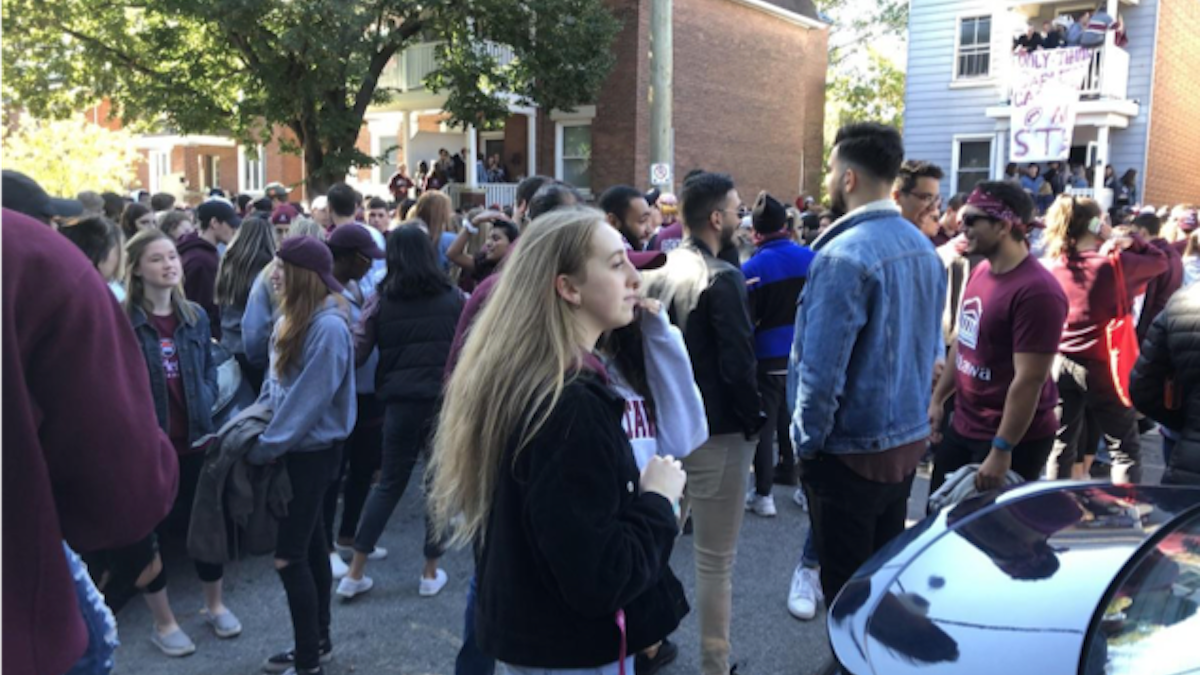 A recently published U.S. study, which explores how “FoMO” — the fear of missing out — can affect the psychology and behaviour of young people, might shed light on recent clashes between police and unruly university students in Ottawa, Halifax, and elsewhere across Canada.

The study, which appeared in October in the Public Library of Science journal PLOS One, was produced by a research team at Southern Connecticut State University led by Paul McKee, now a graduate student at Duke University. The team wanted to explore not only how the fear of missing out can affect student behaviour, but also how machine learning could be used for predictive analysis of negative behaviours, such as academic misconduct and substance use.

“FoMO — chronic apprehension that one is missing rewarding/fun experiences peers are experiencing — has gained considerable research and media attention,” the researchers state. “Better understanding how FoMO influences individual behaviour and functioning will benefit the individual differences literature while contributing to interventions to reduce FoMO’s negative influence.”

Machine learning works by giving a computer a set of training data. The computer learns how variables interact from the training data so that when new data is provided, the computer can accurately predict the relationships between variables when certain elements may be unknown.

The study found that machine learning could accurately predict that a student’s fear of missing out corresponded with “maladaptive” behaviour. However, McKee noted that future research would be needed to assess whether other unknown variables are at play.

“We need to kind of find maybe what the middle variables are, because they’re there,” McKee said. “There’s likely something in between FoMO and maladaptive behaviours. Like all good science, (you) don’t want to hang your hat on the results of one study.”

McKee also outlined possible practical uses for machine learning as a kind of screening tool to better support students who may have high levels of FoMO.

The idea of a cheap and easy test to predict outcomes and help students who may be more at risk for maladaptive behaviour from FoMO is novel; with the prevalence of social media among young people, FoMO is increasingly a sentiment shared by many students when they miss out on big university events, such as the yearly — and often controversial — Panda football game between the University of Ottawa and Carleton University.

The annual match, which returned after a hiatus in 2013, saw explosive growth in attendance following 2014. The game has faced high-profile problems in the last two years, as rowdy after-parties in the Sandy Hill neighbourhood near uOttawa ended with several arrests and property damage that included like the flipping of a car in 2021.

Incidents such as those witnessed at recent Panda games aren’t uncommon; similar unsanctioned rowdy street parties have been in the news in recent years in university towns such as Kingston and Peterborough, when Queen’s University and Trent University celebrated homecoming. These parties too have led to arrests, crowding and property damage.

Celia Bildfell, a Carleton University student who has attended several Panda Games and some after-parties, said she believes some students feel they need to prove Ottawa universities are party schools.

“That’s kind of the reason that people feel more inclined to be more rowdy or to do those extra shots or chug those extra beers” she said. “They feel like once they get really drunk, that’s what they’re supposed to be doing on a day like homecoming — the way that other universities have crazy things that happened with their homecomings.”

As tensions rise between students and residents, and police continue to be deployed in larger numbers at these kinds of parties across Canada, the conversation among students, staff and locals is increasingly directed toward what can be done to prevent or de-escalate incidents.

‘You have, what, thousands of university students under the influence of substances, whether it be alcohol or drugs? When you have that kind of environment, I guess with very little restraints in place, or framework in place, you’re gonna have a lot of rowdy people.’

Mathew Araujo, a student at Carleton University, said that for the Panda game, the problem comes down to substance use and crowds of students attending rowdy street parties.

“You have, what, thousands of university students under the influence of substances, whether it be alcohol or drugs?” Araujo said. “When you have that kind of environment, I guess with very little restraints in place, or framework in place, you’re gonna have a lot of rowdy people.”

While Araujo said that he thinks an increased police presence at this year’s post-Panda celebrations helped keep students in check, to others police aren’t necessarily the right solution.

Bildfell says she feels uniformed police may make students feel more threatened or afraid to get help if they need it when the party gets too crazy.

“I feel like even though it’s more police, people are still going to do the things they were going to do,” she said. “They’re just going to do them, like, sketchier. And I think that as a result of that, it means that they’re going to do it more dangerously.”