2 days ago 0 4 min read
We use cookies to provide a personalized experience for our users. By continuing to browse this site, you give consent for cookies to be used.
Got it!
Home > News > Transit > Problem-plagued OC Transpo is teaching me to lower my expectations of public transit 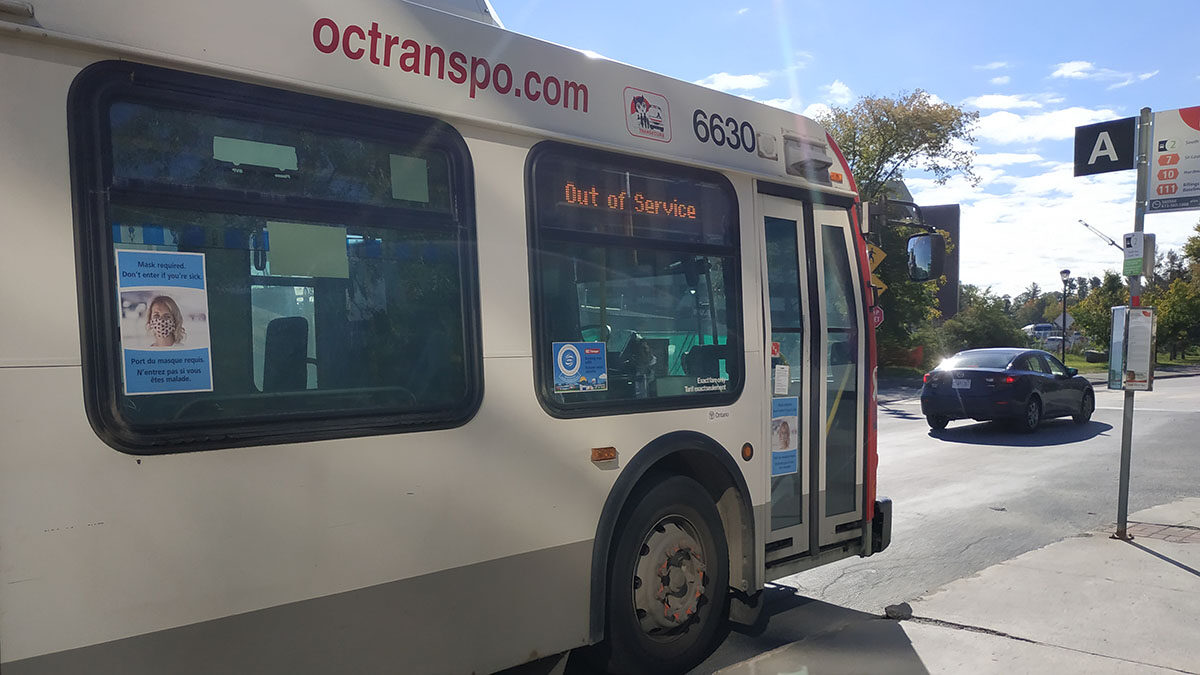 OCTranspo buses are often not on time. Buses with the 'out of service' signs just add to the agony of commuters waiting at stops for quarter of an hour. [Photo @ Tamanna Khan]
Commentary

On Labour Day, thanks to OC Transpo, I took an oath that I will never again complain about the Toronto Transit Commission. That’s the day I realized that whatever problems I used to think the TTC had, they were eclipsed by Ottawa’s troubled transit system.

I had travelled to Blair Road station on the O-Train. It took me couple of elevator rides to get to the street level where the buses are.  Then I discovered that either I do not understand English or suffer from some sort of learning deficit that prevented me from comprehending OC Transpo bus-stop signs and maps.

For the love of God, I could not find a bus that would take me directly to a place north of the station. The bus suggested by Google Maps as well as by a neighbourhood resident seemed to stop at more than one pickup point at Blair.

The alphabetically organized bus stops were on two sides of the street separated by a steel railing. When I finally found the right bus with the help of a random bus driver, I discovered that I was standing on the wrong side of the railing. Murphy’s law kicked in, and I saw the sought-after bus appear on the other side.

By the time I located the walking bridge on the second floor and made it to the other side, the bus had left. The wait for the next bus was another 15 minutes. A planned 90-minute journey turned into a misadventure of more than two hours for me.

That has been my experience of using public transportation in Ottawa since I moved to Canada’s capital in early September — infrequent buses, derailment of the only light-rail line in operation, lack of proper signage at stations to help newcomers understand how the system works and the lack of physical maps.

Yes, there are people who still use printed maps.

Surprisingly, Ottawa residents I’ve met so far do not appear to be bothered by the situation. People in my hometown of  Dhaka — the capital of Bangladesh — have accepted the daily choking traffic of their city. Ottawa residents, it seems, have similarly resigned themselves to having a slow and unpredictable public transportation system.

One 69-year-old Nepean resident, who has three cars in his family of five, heard my complaint about OC Transpo and retorted: “We are used to two-hour commutes in the bus; it is normal!”

I realize living in a well-connected east-end neighbourhood in Toronto for the last six years has spoiled me and sky-rocketed my expectations of public transit. I do not know how to wait for 45 minutes for a bus (e.g. the No. 7 Carleton) that’s supposed to run every 15 minutes. I find walking a two-kilometre distance tiring. I get upset when I cannot board a bus from inside an O-Train station (such as Parliament); rather I have to come out on the street and look for the bus stop signs.

Unlike me, most of my classmates who are from Ottawa either use a bicycle or drive a car. According to the Ottawa Community Foundation’s data resource Ottawa Insights, the city has the highest rate for active transportation — which includes walking, cycling, skating and skateboarding — among all large Canadian metropolitan areas. But the percentage of Ottawa’s population that uses public transit is lower than Toronto, Vancouver and Montreal.

The website also mentions a 2011 study that shows only 14 per cent of Ottawa residents use public transportation on a regular basis. Ridership has been in decline for quite some time and the pandemic brought it down so much that the transport authority proposed cuts to its services last year.

The Ottawa Insights study also showed that just 16 per cent of local residents do not own a vehicle. Most of those who do not own a car have a household income below $30,000. About five per cent of people in Ottawa fall under that income category, according to the 2016 census. That leads me to assume that people who have no choice but to use public transit probably do not have much influence in urban decision-making, as their share of the total population is negligible.