1 day ago 0 1 min read
We use cookies to provide a personalized experience for our users. By continuing to browse this site, you give consent for cookies to be used.
Got it!
Home > Politics > Public Service Alliance begins bargaining for new contract with protest over Phoenix pay crisis 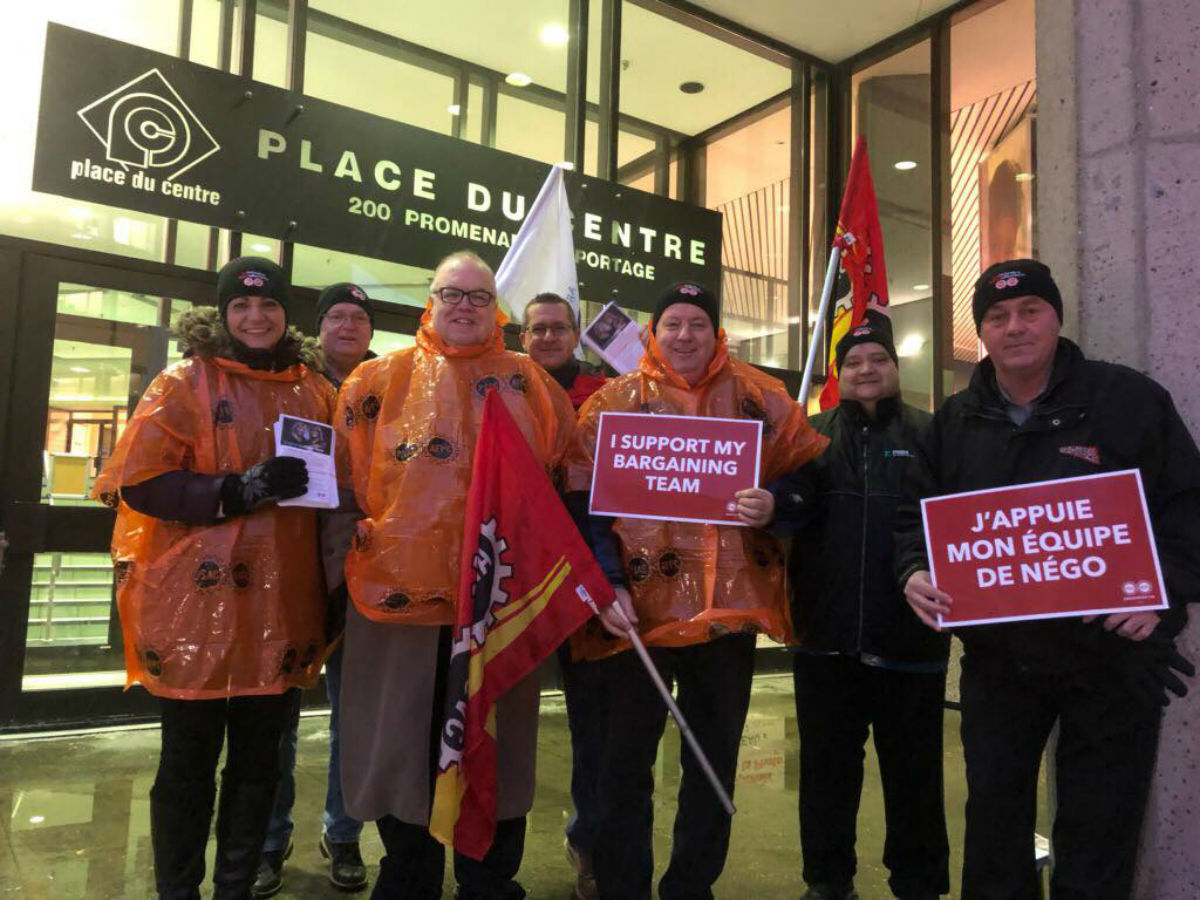 Under the shadow of the on-going Phoenix pay system fiasco, which has affected thousands of bureaucrats, the largest federal public service union began a new round of bargaining with the Treasury Board on Tuesday for a new contract.

Earlier Tuesday, members of the Public Service Alliance of Canada (PSAC) rallied at six “high foot-traffic” areas to underline their concerns over Phoenix.

PSAC is demanding an inquiry  how the problems created by the Phoenix payroll compensation for those adversely affected and for the government to stop penalizing public servants who were accidentally overpaid by the system.

In 2011, the former Conservative government began the process of putting in place a new payroll system to streamline pay for all federal employees and replacing payroll personnel with software.

When the Trudeau government was elected, PSAC and other unions warned them not launch the payroll processing system. Despite those  the system was launched in 2016 and subsequently thousands of federal public service workers have been underpaid, overpaid or not paid at all.

Of the 125,000 federal employees represented by PSAC, 90,000 have not been paid correctly, said Greg McGillis, the union’s National Capital Region executive vice president.

He said many have experienced debt and bankruptcy, adding there have been several suicides. Some employees have had to wait up to six or seven months to receive their income, he said.

In addition to demanding that victims be awarded damages, PSAC also wants a reduction in the use of temporary contracts in government. Graduates fresh out of school who are trying to get a government job often settle for contract positions, McGillis said.

LeBreton Flats: How we got to this impasse

Plans to expand the historic Chateau Laurier have been approved by Ottawa's city council after a majority vote foll… https://t.co/7fyl0WCLOz

Two students talk about their choice to invest in Gamestop as part of a reddit campaign to destabilize large hedge… https://t.co/yCGAqWajWa