4 days ago 0 4 min read
We use cookies to provide a personalized experience for our users. By continuing to browse this site, you give consent for cookies to be used.
Got it!
Home > Community > LGBTQ2S+ > Stop accusing celebrities of queerbaiting — they’re human, too 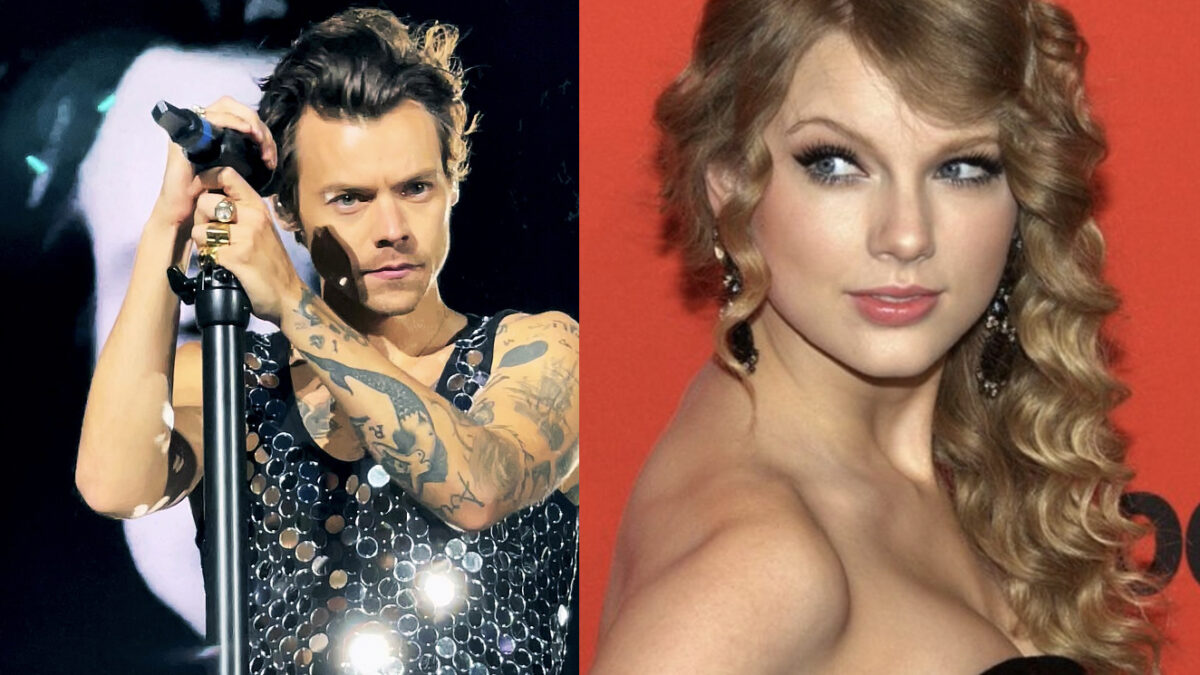 I’m protective of my community as much as the next queer. So when people say my favourite singers are actively hurting my community, I tend to listen.

Unfortunately, claims that celebrities such as Taylor Swift and Harry Styles are queerbaiting miss the mark and actually hurt the LGBT+ community. Instead of focusing on how celebrities “co-opt” queer identities, or pressuring them to come out, we should focus on how beautiful it is that elements of queer culture are making it into the mainstream.

Queerbaiting is a manipulative marketing tactic that hints at a fictional queer character or relationship without actually committing to any actual queer representation. An example of this is the U.S. television crime show Rizzoli & Isles, where romantic tension between two female leads was palpable throughout its 2010-2016 run but was never addressed.

Queerbaiting is invalidating. It perpetuates the idea that queer people cannot have their happy ending. It reinforces the idea that TV producers are too afraid to commit to queer characters for fear of backlash (like in Buffy The Vampire Slayer, when directors turned a steamy and romantic kiss between Buffy and Faith into a peck on the forehead). It builds up queer viewers’ hopes of authentic representation just to knock it down in an ugly attempt to gain views.

But queerbaiting doesn’t — and can’t — apply to real people. And yes, that includes celebrities.

A recent example of alleged celebrity queerbaiting is the title of one of Swift’s latest songs off her latest album, Midnights. The track, Lavender Haze, is apparently about her relationship with her long-term partner, Joe Alwyn. However, many fans have made the connection between the title and lavender marriages between gay men and lesbian women to conceal their sexual orientation from public attention and social stigma.

Whatever fans’ interpretation, Swift isn’t doing a disservice to queer communities. She is instead creating art that can be interpreted in numerous ways. She’s not queerbaiting; she’s human and expressing her sexuality.

This isn’t to say fans can’t call celebrities out when they do something wrong. I’m the first in my friend group to point out JK Rowling shouldn’t be included in conversations about trans or women’s rights.

Fans have every right to critique the obvious consumerist promotion Swift has done to sell her new album, but nobody has a right to comment on someone’s sexuality. Swift can’t queerbait in the stories she tells about her own life. Celebrities, even Swift and Styles, are real people with real lives and not the public’s forum for speculating what makes “good” representation.

Somewhere in their climb to fame fans seem to have forgotten celebrities are real, human people.

Fans expect Styles to be a role model for men who do “feminine” things — like wear nail polish and talk about their emotions. They expect him to behave a certain way and to act as a spokesperson for the communities he engages with. But he’s a human. He deserves to do the things that bring him pleasure and not have people pressuring him to come out.

While some may say celebrities “ask for” this speculation or pressure by virtue of their place in the public eye, it’s important to acknowledge the gravity of what queerbait-accusers are asking: full access to a celebrity’s identity and freedom to dictate whether they are presenting their gender or sexual orientation in a way that is “good.”

We don’t put these pressures on everyone else. We can’t. Young queer people may see celebrities in a glass closet and feel safe in the knowledge that they don’t have to come out. They don’t have to subscribe to heteronormative ideals of coming out and they don’t have to take the risk to their safety that comes along with it. Nobody owes anyone an explanation of their sexuality — and this includes celebrities.

Celebrities don’t need yet another person to defend them, but after accusations that several celebrities are co-opting identities of a group I belong to, it’s necessary to set the record straight — or gay. It doesn’t matter.

Swift, for example, is no stranger to queer imagery in her work, even before Lavender Haze. She directly addresses homophobia in her song, You Need To Calm Down, sings about what it’s like to love a woman in betty and Mary’s Song, and explores her relationships with women in it’s time to go. She’s never said she’s attracted to women and all of her public relationships have been with men.

This doesn’t mean she isn’t queer, but it’s irrelevant. Queer or not, Swift writes beautiful narratives for her fans to relate to and interpret however they’d like.

Even if these celebrities are straight, shouldn’t the queer community celebrate diverse gender expression when a male celebrity wears a dress on the cover of Vogue? Celebrate acceptance of everyone? Celebrate expressing our feelings about close same-sex, sexual or platonic relationships?

In accusing people of queerbaiting, the LGBT+ community is now policing how others present and talk about their sexuality. This is a pressure we’ve fought so hard to end. It’s time to stop.