4 days ago 0 8 min read
We use cookies to provide a personalized experience for our users. By continuing to browse this site, you give consent for cookies to be used.
Got it!
Home > Sports > Rapper J. Cole’s star power stuns BlackJacks in 98-81 loss to Scarborough 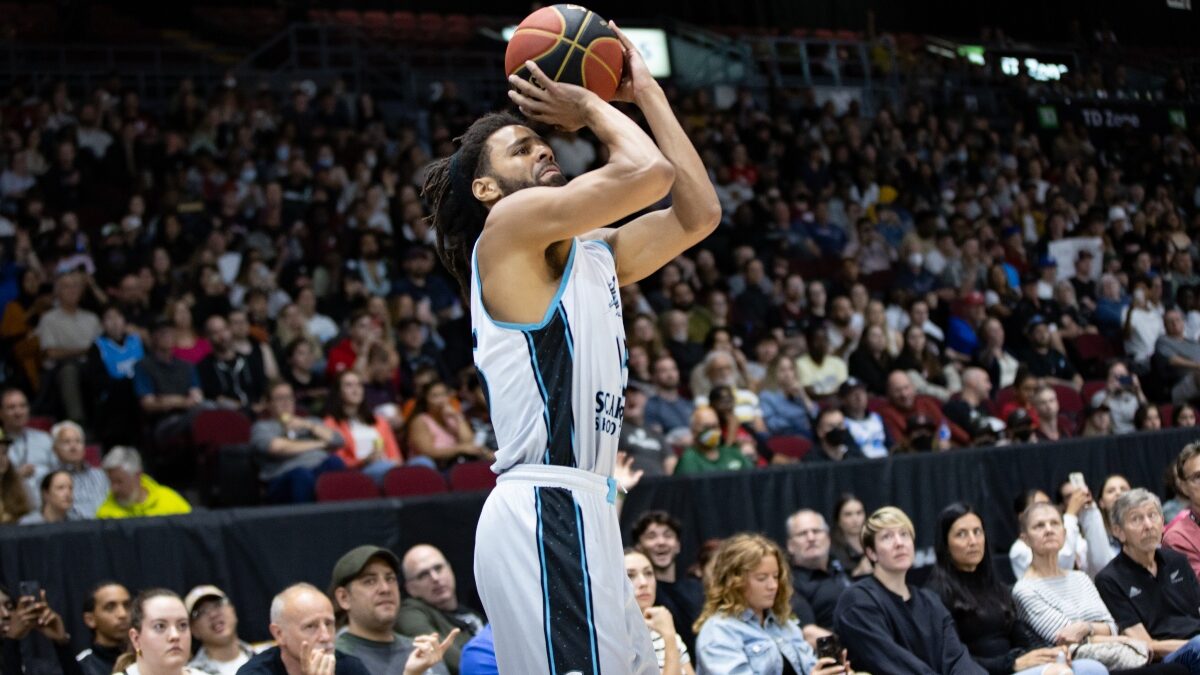 He played only four minutes and finished with three points, but to the 3,538 fans in attendance at the Ottawa BlackJacks game on Thursday night, it didn’t matter. They were leaving happy.

After all, they had seen Jermaine Cole — better known as J. Cole, the American rapper who last month shocked the basketball world by signing a contract with the Scarborough Shooting Stars of the Canadian Elite Basketball League (CEBL) — play basketball.

It didn’t much matter that the BlackJacks, disjointed defensively and searching for answers during an early-season slump, lost 98-81 to Scarborough — Ottawa’s third loss to start the season.

The loudest cheers of the night came with 2:50 left in the first quarter, when Cole, wearing rainbow sneakers and a black brace on his left knee, sunk a three-pointer from the corner.

“He’s super down to earth,” said Scarborough forward Isiaha Mike, who had 17 points and nine rebounds. “It’s not very often you get an A-class celebrity trying to start over his whole career in a completely different field. … It’s almost like he’s a student of the game, trying to learn as much as he can as a pro basketball player.”

The BlackJacks knew the fans were coming for Cole. The team opened up sections at the ends of TD Place Arena and expanded seating to include the upper bowl. Extra security was brought in to handle the crowds. Multiple dignitaries — including OVO co-founder Niko Carino, CEBL commissioner Mike Morreale and Canada Basketball CEO Michael Bartlett — were in attendance.

They witnessed a BlackJacks team still searching for its first win of the year. Ottawa dropped down by seven points early in the first quarter before calling a timeout and eventually taking a one-point lead.

It was the last lead they had. The Shooting Stars thrived at the perimeter, going 15-for-42 in three-pointer attempts. At one point in the third quarter, Scarborough led by 17 before Ottawa went on a short-lived run led by forward Maxime Boursiquot.

The Shooting Stars ended the game with an anti-climatic Elam ending.

“That was a tough one. We kind of let it slip away,” said Boursiquot, who scored 10 points in the loss. “You always want to trend towards the right direction, you want to get some wins … but if we’re not able to do that, then things get frustrating and guys aren’t on the same page.”

With a forgettable performance from the BlackJacks in the books, what fans will remember from Thursday is Cole.

The presence of Cole in the CEBL has been “a bit surreal” for commissioner Morreale.

Morreale said he wants to parlay the momentum of Cole’s signing and the media attention it has sparked — including social media posts from Drake, which Morreale joked was “kind of cool, too” — into something bigger.

“Our core fans that are here, they know what we’re all about,” Morreale said. “But it’s the new fans and the young fans that find someone like J. Cole interesting. … It’s really important that we show them not just great basketball, but also great entertainment and bring them back.”

Next up for the Shooting Stars is the first home game in franchise history after a long three-game road trip. The win against Ottawa was Scarborough’s first this year.

Mike, a Scarborough native, said the team’s presence in the city means more than meets the eye.

“It means everything,” Mike said. “It’s another avenue for kids coming up, seeing local talent coming back home, repping Scarborough across the chest. It’s another outlet for kids to stay out of the streets. It’s huge.”

Next for the BlackJacks is a trip out east to play the Newfoundland Growlers on Sunday. At 0-3 on the season, Ottawa is dead last behind the league’s eight other teams — excluding the Growlers, who have yet to play.

“We haven’t been together for that long but we’re trying to win,” said forward Deng Adel, who played 37 minutes and scored 18 points. “We gotta put our egos to the side and just stay together.”