4 days ago 3 min read
We use cookies to provide a personalized experience for our users. By continuing to browse this site, you give consent for cookies to be used.
Got it!
Home > News > Science > Shortage of road salt expected to increase snow removal prices for homeowners in Ottawa 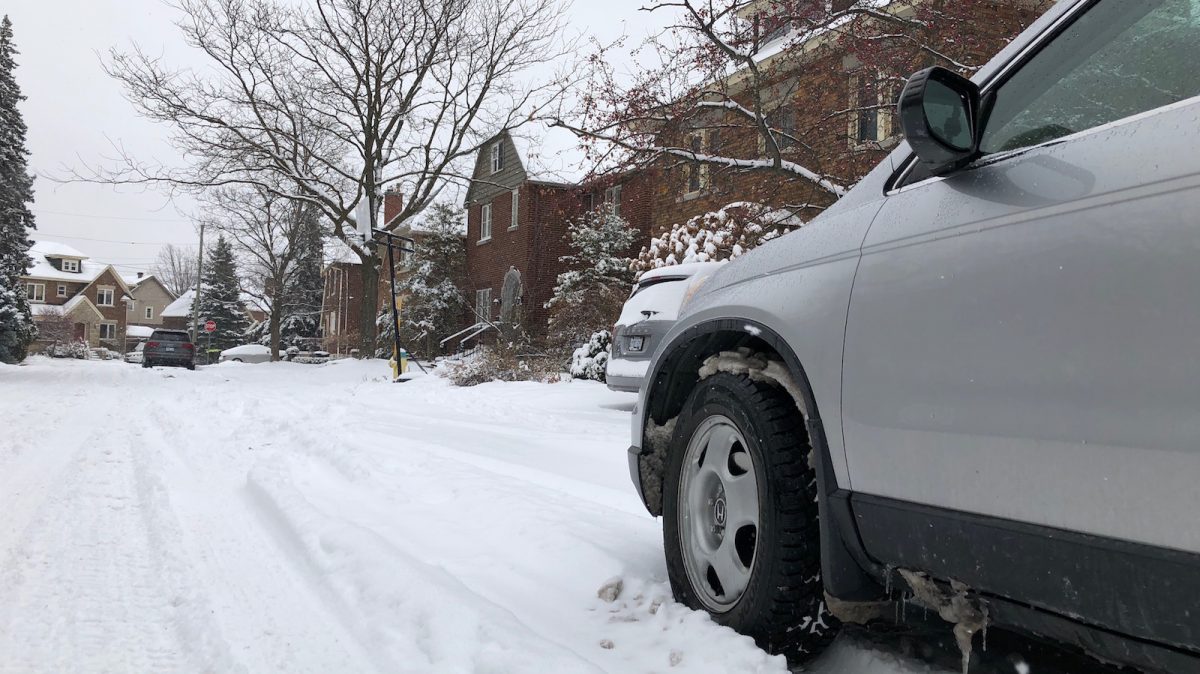 With road salt prices on the rise, private contractors and snow removal services will have to raise their prices to make up for increased costs.
Environment

A shortage of road salt in North America will likely mean an increase in costs to Ottawa homeowners who pay to have snow and ice cleared this winter.

Local contractors and snow removal service operators say they will have to raise prices to consumers to cover the impact of rising salt costs, which have increased up to 40 per cent.

“It will become increasingly more and more difficult as the season goes on.”

The shortage has been triggered for many reasons, according to a press release by Landscape Ontario, a horticultural trades association.

In addition to growing demand that was already threatening to exceed production of road salt, the world’s largest salt mine in Goderich, Ont., experienced a 12-week strike last summer which halted production at a critical time. Another large mine in Cleveland, Ohio, was flooded last spring, depleting its reserves.

“Efforts are being made to bring salt from around the world but type, quality and logistics means that, even at substantially higher prices, the gap will not be filled,” said Landscape Ontario.

Hansen says most contractors  now have to get salt from other suppliers. The higher cost of product and shipping will force contractors to raise rates, he added.

Landscape Ontario also said that “governments and those who maintain infrastructure” such as airports and roads are given first priority with supplies.

The city of Ottawa says it has enough salt to last the winter.

“We have a firm agreement with our vendor, Windsor Salt, and we do not have a salt shortage in Ottawa,” said Luc Gagné, director of roads and parking services at the city of Ottawa.

“Under this contract we will be supplied with a full compliment of salt and have access to additional supply if needed.”

However, Landscape Ontario says that municipalities having first priority on salt “leaves small users, such as private contractors, out in the cold.”

The impact of the shortage will be felt across Ontario and across Canada.

Jack Bailey from Parkside Landscaping in London, Ont., says its rates will have to increase as well.

“They basically just jacked the prices right up and wouldn’t give salt to anybody that wasn’t a large corporation or municipality,” Bailey said.

“Our society expects safe communities, without inconveniences, and we will not tolerate liability for unsafe conditions,” said Landscape Ontario.

And as the population grows, so grows demand. For example, Ottawa is projected to have a population of about 1.2 million residents by 2036 – an increase of roughly 265,000 residents from the 2016 census.

Gary Martin, a consultant with a PhD in residential sustainability, says Canadian cities continue to grow because Canada “happens to be a nice place to live.”

“It’s clean, it’s relatively quiet, it’s politically stable, we have a solid social welfare system. There’s a whole bunch of excellent reasons why people want to live in Canada and Ottawa in particular.”

However, Martin doesn’t recommend the use of road salt to support the increasing safety needs of growing populations. Rather, he says he would turn to more environmentally friendly alternatives like sand.

Road salt, which melts ice by lowering its temperature, can be dangerous in its own right.

According to the Smart About Salt Council, a non-profit organization which offers training to improve winter salting practices, salt-contaminated snow melt eventually makes its way into waterways where it can also kill vegetation and wildlife.

Salt also accelerates rusting which can cause damage to cars, buildings and clothing.

So why use salt? The council says it’s the most economic way to keep roads clear.

Hansen said that although contractors usually have alternatives like sand and gravel, these don’t melt ice, but rather provide grip on roads and sidewalks.

Some Canadian cities have experimented with winter maintenance.

Calgary has tried beet juice as a more expensive but less toxic alternative to road salt which doesn’t always work in the Alberta city’s cold winters. Salt  begins to lose effectiveness below -9 C.

Ottawa, meanwhile, is sticking to salt.