2 days ago 0 4 min read
We use cookies to provide a personalized experience for our users. By continuing to browse this site, you give consent for cookies to be used.
Got it!
Home > News > Canada > Ontario > Some universities turn to compassionate grading to measure student performance during pandemic 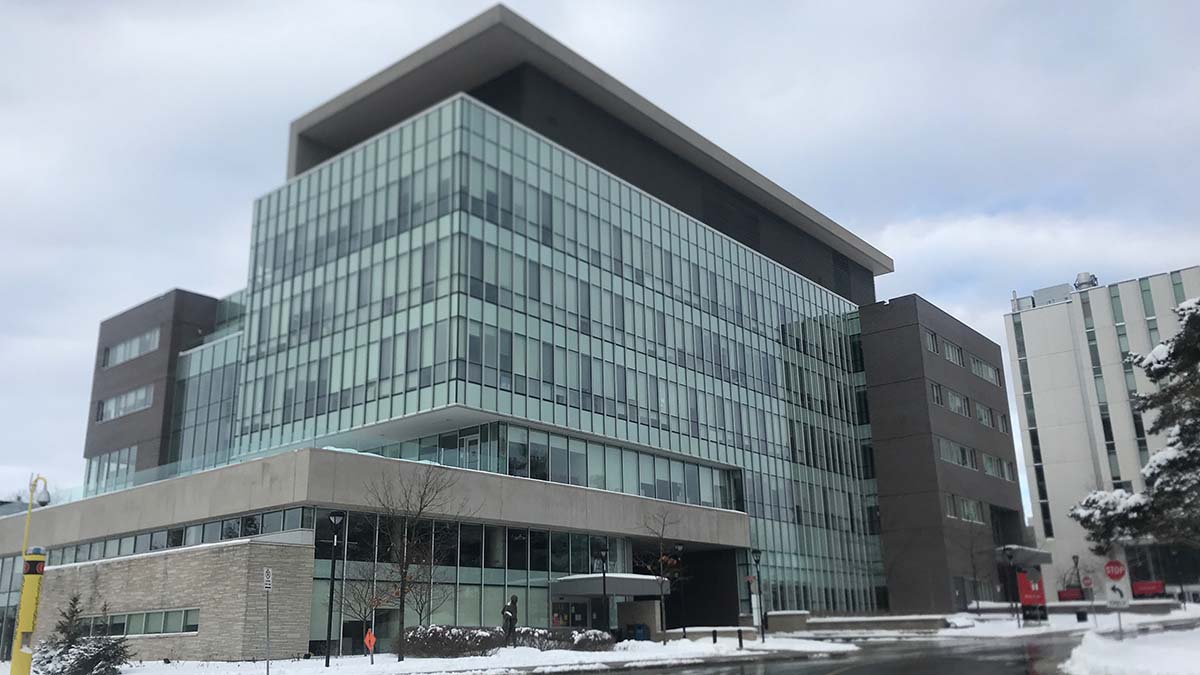 Several Canadian universities, including Carleton, have been adopting compassionate grading as a way to navigate online learning during the pandemic. [Photo © Sami Islam]
Canada

By Talar Stockton and Sami Islam, 1 year ago 0 5 min read

As COVID-19 passes its first birthday in Canada, many universities are offering compassionate grading as a way to measure student success under the unique stress of enforced online learning.

The option is available to Carleton University students for the 2020-21 academic year. Laurentian University in Sudbury, Ont., the University of Manitoba in Winnipeg, and Concordia University in Montreal also employ compassionate grading.

Earlier in the pandemic, the University of Alberta gave all courses a designation of “Credit” or “No credit” to indicate performance in a class, without the option of taking a letter grade. The University of Victoria allowed students to drop a course from their transcript after receiving their grades with no penalty, as well as giving them option to have “COVID-19 pass/fail” on their transcript instead of a letter grade, which wouldn’t count towards their GPA.

Morgan Vrbetic, a third-year student at the University of Ottawa, says “I don’t know anyone whose grades haven’t suffered because of online learning,” said Vrbetic.

According to the Ottawa Citizen, on Dec. 2, 2020, the University of Ottawa students’ union began circulating a petition to make compassionate grading an option for the Winter 2021 semester. The petition has more than 5,000 signatures.

Vrbetic said she hopes that the compassionate grading option is available for the winter 2021. “I think it sucks that a lot of people’s grades are suffering,” she said. “It would be nice to get some compensation, in terms of our grades, at least.”

Spencer Colby, a third-year student at Carleton University, said he used the “SAT” designation in the fall semester. He said that not only has his course workload increased “by quite a lot,” but also “the amount of hours you generally have to put into a specific course has increased a lot.”

At Carleton University, unsatisfactory or “UNS” grades will replace any failed grade for the fall and winter terms, said Suzanne Blanchard, the school’s vice-president of students and enrolment, in an email sent to students on Nov. 2, 2020.

The Carleton University senate also approved the optional conversion of one half-credit grade to satisfactory or “SAT” for both the fall and winter terms each, according to a later email from Blanchard, sent on Nov. 30, 2020. Thus, any student can opt to convert any grade to a “sat” designation.

The pandemic increased pre-pandemic student anxieties and struggles, said Paula MacDowell, a professor at the faculty of education at the University of Saskatchewan in Saskatoon. “We need to be doing all that we can to give increased options so that all students can succeed and finish their degrees.”

She said privileged students with good home environments to study in, nutritious food and resources will be better able to succeed compared to those without. Compassionate grading is important for addressing these inequities, she said.

“University is not just for the very privileged people, we want higher education to be for everyone.”

MacDowell has one caveat though. She said students interested in pursuing graduate school should “do all they can to actually get a grade that they can have on their transcript.” She suggested graduate institutions could perceive a “SAT” grade as an attempt by students to conceal a poor grade.

A survey done by the Canadian Alliance of Student Associations found that 77 per cent of students reported feeling “stressed” by the pandemic and 61 per cent said they felt “overwhelmed.”

And a Statistics Canada survey found that 63 per cent of students reported they were afraid of the impact of the pandemic on their grades.

At Ontario Tech University, in Oshawa, Robin Kay, dean of the faculty of education, said his faculty hasn’t moved to use a pass/fail or “SAT/UNSAT” option because his faculty doesn’t rely on exams for evaluation.

“The rest of the university predominantly relies on tests, and exams,” said Kay. “We don’t have that in any of our programs.” Instead, Kay said, the programs of the faculty of education prefer an iterative, feedback-based approach as opposed to traditional exams.

Most faculties rely on exams to grade students, and there are lots of challenges regarding online exams, such as cheating, Kay said. “I’m sure it was out of compassionate, but part of it is, there wasn’t any alternative to assess students.”

“They had to sort of make some ballpark assessment of pass/fail.”

MacDowell said some students may lose scholarships if their GPA falls, and may not be able to financially recover due to a dearth of jobs available right now.

Therefore, she said, having systems to help students is the right thing to do.

“If there is a big lesson that we as a human family need to be learning from this pandemic is that we need to be kind and compassionate.”

“It’s a good option and especially in the wake of the pandemic and the stress it has caused,” said Colby, regarding the compassionate grading option. “Course workload has definitely increased, by a lot, and I think that is something the school hasn’t really addressed or maybe even noticed.”