3 days ago 0 4 min read
We use cookies to provide a personalized experience for our users. By continuing to browse this site, you give consent for cookies to be used.
Got it!
Home > Health > Mental Health > Students fear for their mental health as COVID-19 winter isolation measures loom 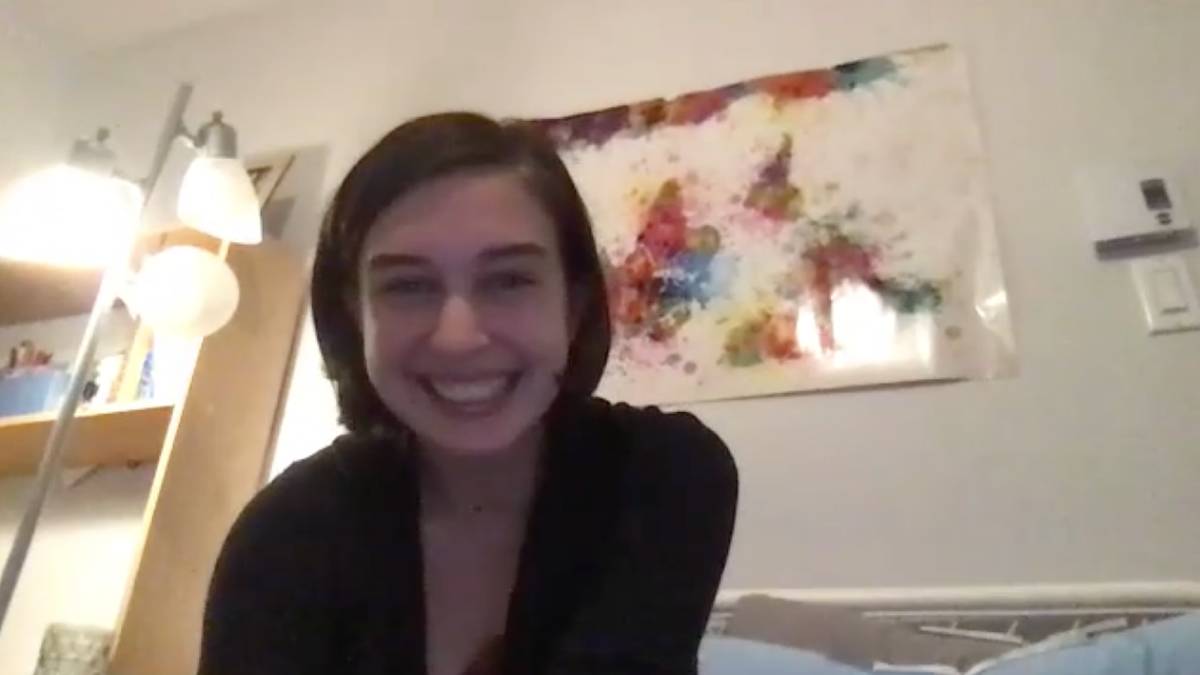 Jordan Egan, seen here in her apartment in Ottawa, says she struggled during the first round of lockdowns in the spring. [Photo © Eesha Affan]
Health

By Kamil Zerdoumi and Eesha Affan, 2 years ago 0 2 min read

With winter coming and the pandemic closing down businesse in parts of Ontario — including Ottawa and Toronto — many students fear their mental health will be adversely affected.

“Everything was stressful [during the first lockdown],” said Kari Stevenson, a fourth year student at Carleton University.

“I lost a lot of weight and then I stopped getting my periods,” she said. “Even when you go food shopping it’s a lot more stressful than it was before.”

The stress of the first lockdown was such that Jordan Egan, a fourth-year student at the University of Ottawa, started having panic attacks.

“I didn’t have an outlet because there was no going out, no getting close to people, no seeing people,” said Egan.

More that half of respondents to a survey conducted by Statistics Canada in late April/early May reported that their mental health was “much worse” or “somewhat worse” than it had been before the physical distancing measures in response to the pandemic.

According to clinical social worker and therapist Tammie K. Ross, the lockdown in March increased anxiety because of the uncertainty brought on by the pandemic. It was made worse by physical distancing measures.

“The longer that people were socially isolated, (their anxiety) increased to depression,” says the therapist.

Ross said she and her colleagues are concerned about the effects of further lockdowns or isolation measures, especially with winter looming.

“[If] people are socially isolated again, we’re going to be dealing with … a higher level of depression.”

She believes that the first lockdown was less of a strain on Canadians because the weather was nicer over the summer.

“People were able to go outside, they were able to do more,” said Ross. “Not that people’s mental-health issues disappeared but (they) were in a better state of mind.”

University students are particularly concerned that more lockdowns in winter, while everyone is already under a lot of pressure because of online school, will take steep toll.

“I can’t see that being positive at all for my mental health,” said Christopher Junop, a third-year student at the University of Ottawa.

Junop said one of the main ways he de-stresses from a busy week is by socializing with his friends.

“I definitely need that in-person interaction and if you go into full lockdown, I don’t really see how it’s going to work.”

But Egan says she thinks that he will at least be better prepared for further isolation measures.

“I think it helps that we’re a bit more prepared of what to expect, like how long a day is when we don’t go out,” she said.

According to Egan, it also helps that people know that this will end at some point.