3 days ago 0 4 min read
We use cookies to provide a personalized experience for our users. By continuing to browse this site, you give consent for cookies to be used.
Got it!
Home > Sports > Tensions flare as Ottawa BlackJacks take down first-place Hamilton in hard fought match 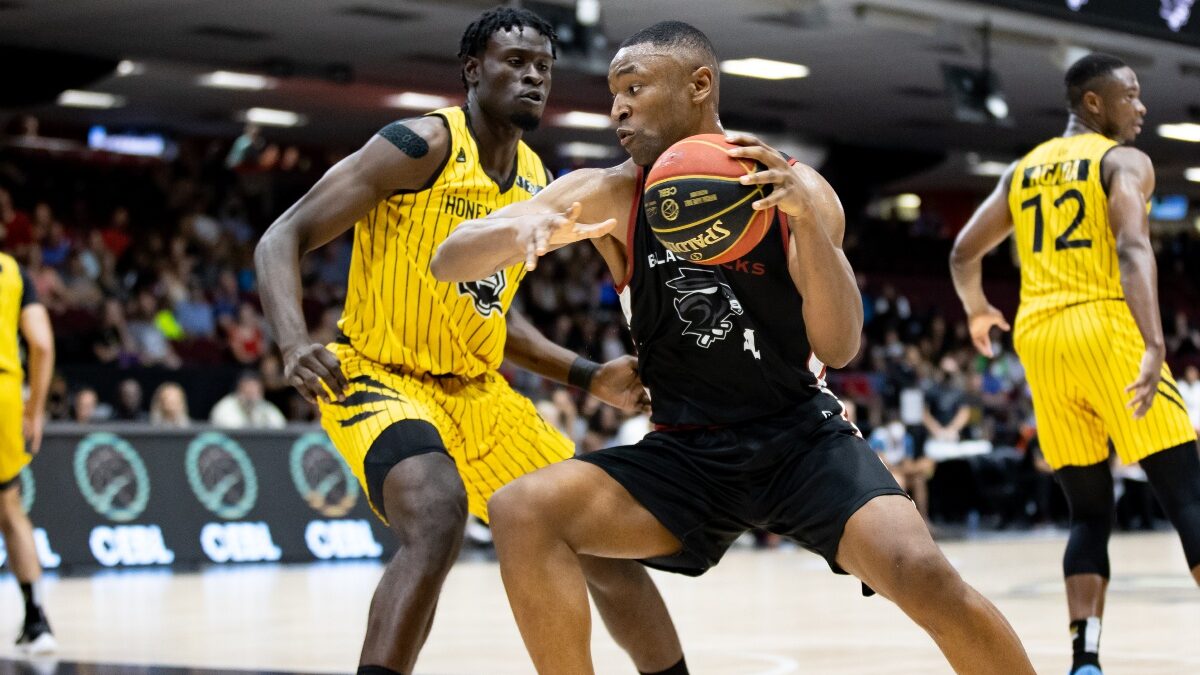 The Ottawa BlackJacks had been gearing up all week. Since Tuesday, when they lost by 14 points to the last-place Newfoundland Growlers, BlackJacks practice had revolved around beating the first-place Hamilton Honey Badgers on Sunday.

The game turned into an intense battle, with animosity between teams, at the referees and from the crowd growing to a fever pitch by the time the BlackJacks won 104-95. After the game, two opposing players exchanged heated words in the locker room tunnel. “Who’s in first place?” a Hamilton player yelled.

After Sunday, the Honey Badgers are still lead the Canadian Elite Basketball League standings with a 13-5 record, but back-to-back losses have allowed the second-place Niagara River Lions to pull into a virtual tie. The teams play two games against each other next weekend to determine who gets an automatic berth to the championship semifinals.

While Sunday’s fireworks-filled matchup won’t play a role in Ottawa’s playoff hopes — as hosts, the BlackJacks are guaranteed a spot in the final four — it was an important turnaround after a brutal two-week stretch.

From July 12 to 19, Ottawa lost four games in eight days in four different cities. The finishing blow was a 94-80 loss to the Growlers on Tuesday, which head coach James Derouin called a “trainwreck.”

But the BlackJacks are now back in the win column, using a high-octane battle against Hamilton to turn the season around in its final week.

“This was a really big statement game for us,” said Ottawa forward Deng Adel, who posted 23 points and 10 rebounds. “We’re showing that we can hang with anybody.”

The BlackJacks had a strong handle on the game from the first buzzer. They ended the first quarter up by eight points and stretched the lead to 14 points at halftime.

Ottawa’s energy was a clear difference for Derouin, who said the exhaustion of the team on Tuesday was a key factor in the loss.

“The energy level was completely different,” Derouin said. “[It’s] what I expect to see from the group.”

The extra preparation proved invaluable. With star guard Walt Lemon Jr. in COVID-19 protocol this week and unavailable, both Scrubb and Berhanemeskel started. Behind Adel, Berhanemeskel had the second-most minutes and points on Ottawa’s roster.

In the fourth quarter, the BlackJacks stretched their lead to as much as 21 points, the largest for the team since July 8. Hamilton closed the gap in the final minutes and ended the game down by nine.

Ottawa’s extra energy was matched by the intensity of the Honey Badgers, who spent much of the game arguing with referees over foul calls. Guard Christian Vital, who leads Hamilton with 17.3 points per game, was ejected after receiving a second technical foul in the fourth quarter.

Hamilton head coach Ryan Schmidt said he wouldn’t talk about the officiating because “I don’t want to lose any money,” but said he’ll have a conversation with Vital and other players about containing their emotions.

“We’ve talked about it,” Schmidt said. “We’ve got a lot of guys in there that, their competitive nature and their fire makes them who they are, but … you gotta learn to channel it in the right way. You can’t allow it to get you where you’re boiling and you explode.”

Guard Nikola Djogo, who led Hamilton with 19 points, said the team held scrimmages this week where coaches purposely made bad calls to practice what it would be like in a game day atmosphere.

“We were losing our mind all week and now we lost our mind in the game,” Djogo said. “It’s just something as a team we need to work out.”

The intensity of the matchup could be a preview of what’s to come. If Hamilton beats Niagara this weekend and finishes first in the standings, they’ll be the top seed at championship weekend and will meet Ottawa in the semifinals.

Hamilton’s Caleb Agada was teammates with Berhanemeskel for three years at the University of Ottawa. Agada told Berhanemeskel what he expected if the Honey Badgers return to Ottawa next month.

“Make sure you guys have the same energy when we come back,” he said.