2 weeks ago 0 1 min read
We use cookies to provide a personalized experience for our users. By continuing to browse this site, you give consent for cookies to be used.
Got it!
Home > Sports > The 25th Hour: Cheering on the next generation 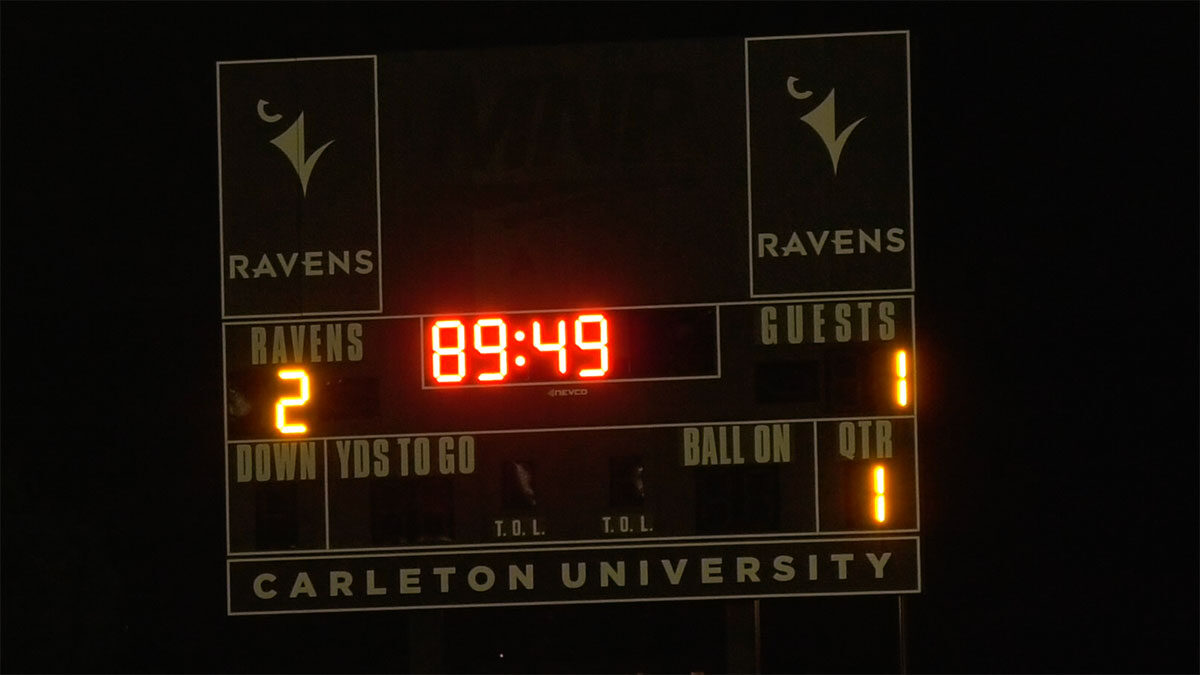 The Carleton Ravens played in the U Sports Soccer Championships in November, winning against the UBC Thunderbirds and the Cape Breton University Capers but losing to the Université de Montréal Carabins in the championship final. [Photo @ Talar Stockton]
25th Hour

The 25th Hour: Cheering on the next generation

In November 2021, Ottawa hosted the U Sports Men’s Soccer National Championship. The tournament was one of the biggest sporting events that the city has seen since the beginning of the pandemic with fans visiting from coast to coast.

It was the first time the tournament took place in Ottawa since 2002 when the Carleton Ravens lost the championship game 1-0 to the Brock Badgers.

Despite not making the Ontario University Athletics Provincial Championship game, as hosts, the Carleton Ravens were present at the tournament as they pursued their first ever national championship.

The 25th Hour’s Talar Stockton explains how the Ravens made it into the tournament and what this year’s championship pursuit meant to the team’s alumni.

The 25th Hour: Reunited at the rink