2 weeks ago 0 1 min read
We use cookies to provide a personalized experience for our users. By continuing to browse this site, you give consent for cookies to be used.
Got it!
Home > News > Science > For the birds: The joys of counting down to spring with winter FeederWatch in Canada, U.S. 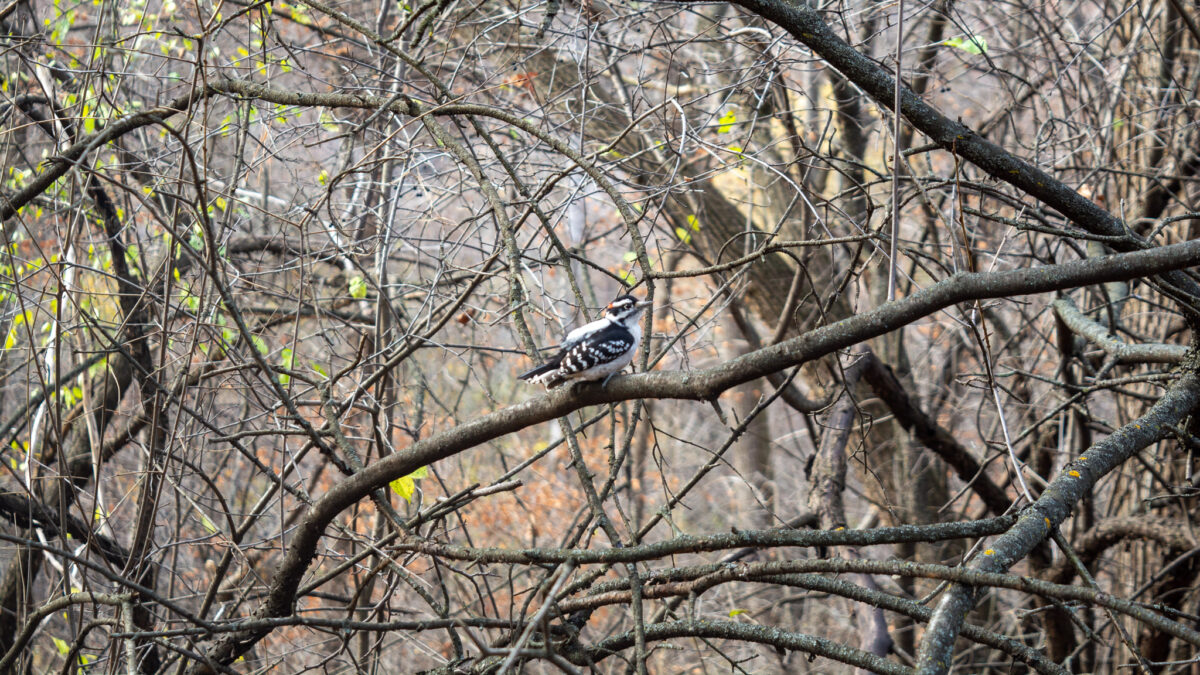 A downy woodpecker perches in a bush at Hog's Back Park near Carleton University. [Photo © Maryann Enns]
Biodiversity

For the birds: The joys of counting down to spring with winter FeederWatch in Canada, U.S.

More than 5,000 “FeederWatch” volunteers across Canada counted birds twice a week last winter to generate important scientific data about the numbers and habits of hundreds of avian species.

The latest count started in November, launching another six-month stretch of winter birdwatching in this country. About 20,000 “FeederWatchers” from the U.S. also participate annually in the North American citizen science project.

An Ottawa-area birder echoes the message. David O’Neill, who lives in Kanata, said he spends every lunch break outdoors. He started participating in FeederWatch about six years ago because, he said, he needed something to keep his mind busy at home healing after being hit by a car while biking.

“I want to encourage people to do the same,” O’Neill said about getting people outdoors, enjoying nature. Often, O’Neill said, he sees people out on trails birdwatching and offers some birdseed or peanuts to them to help attract the creatures. This way, he helps people experience their first direct connection with birds.

He recalled one special moment with some fellow enthusiasts.

“I was reaching with some (peanuts) in her mother’s hand, and I let her feed the birds. You should see the smile on her face. It’s like a spark lit up inside of her. It was just a handful of peanuts,” said O’Neill.

But FeederWatch’s Facebook group helped O’Neill learn. “They shared their information and basically gave you the resources to be able to go and read up more, which is what I like — because I like to research stuff.”

Project FeederWatch is a providing a way for ornithologists to directly engage with citizens to make broad observations that would not be possible without so many participants across North America.

Most recently, scientists have been alerted to the sharp decline in Grosbeak populations. Wilcox said grosbeaks “used to be in the top 25 list of Project FeederWatch. … So FeederWatch first alerted us to these declines.”

Now, she said, “scientists are looking at them more closely and trying to understand why they’re declining. They breed in such a large area over the boreal forest that we don’t have a lot of information on them.”

Currently, nuthatches are conducting irregular migrations in search of food. This can be a result of climate change or human intervention, both of which change bird environments in different ways.

Now, she said, they’re “maybe the top 10 list now. So that’s one that is benefiting from warmer winters and benefiting from people putting out feeders and planting flowering shrubs and stuff in their backyards — and shrubs that are great for shelter in the winter as well.”

In Ottawa, the cardinal population steadily increased during the pandemic. More people put out backyard bird feeders, giving the cardinals a steady food source, which led to more breeding — and more cardinals.

“Northern cardinals on the East Coast is one that very few were recorded during the beginning of the year,” she said, adding that the numbers began to rise in part thanks to people providing food. “They’re benefiting from suburban areas and shrubs, which provide shelter in the winter and food, as well as feeders.”

‘Watching birds out your window is really good for us, makes us feel happier and less stressed.’

During the pandemic, several studies have shown the positive effect nature has on people. Wilcox said it’s clear that “watching birds out your window is really good for us, makes us feel happier and less stressed.”

There are several good places to watch birds and even hand-feed them in Ottawa. Some of the most common include Mer Bleue Bog in the east, Mud Lake in the Britannia area, Jack Pine Trail near Bell’s Corners, and Hog’s Back Park near Carleton University. You can find these locations in the map below. Remember to always follow the guidelines of birdwatching written by the Ottawa Field-Naturalists’ Club to ensure the birds are respected.

Although these are some great locations to find birds, Ottawa has many other city-dwelling birds to enjoy throughout the urban and suburban areas of Ottawa, as well. Beginning a journey into birding is as simple as looking up a type of bird in a bird book or online. Soon, you’ll be picking up bird seed at your local store to bring to the park.

In a stressful world, discovering the importance of spending time in nature