15 hours ago 0 1 min read
We use cookies to provide a personalized experience for our users. By continuing to browse this site, you give consent for cookies to be used.
Got it!
Home > Politics > Canada Votes 2019 > The Bigger Picture > The revenge of expert sources in Election 2019 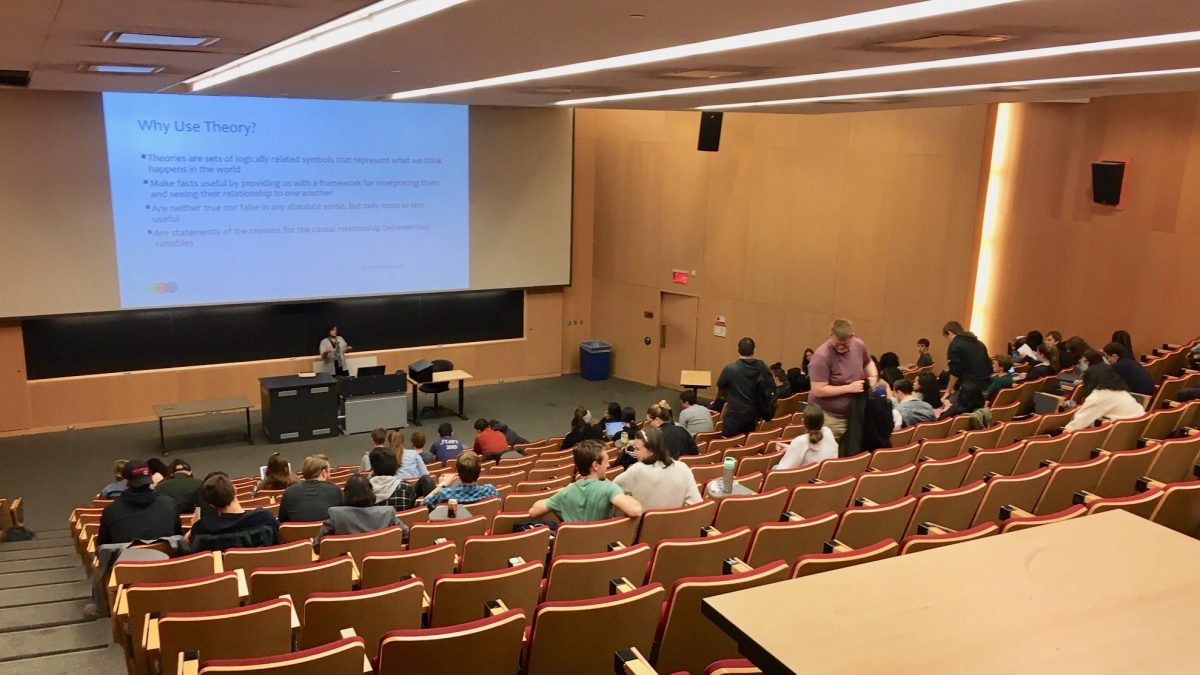 Academics are prominent in this campaign in helping audiences understand the implications of party campaign promises. [Photo ©Christopher Waddell]
The Bigger Picture

The revenge of expert sources in Election 2019

Expert sources drawn from academia and elsewhere are playing an important role in Election 2019, and at a time when expertise itself is under attack.

Election 2019 has provided an illustration of what the American journo-wonk Ezra Klein once called the “revenge of the sources.” Whereas experts, including academics, were once dependent on journalists to give them a voice in public policy and political debates, the internet and more recently social media have given them direct access to the public in real time.

A good example of the inversion of relationships was provided when those photos of Liberal leader Justin Trudeau in brownface surfaced. Ritika Goel, a family doctor and public health expert in Toronto, was probably not on many journalists’ initial short list of people to interview. However, she posted a remarkable thread on Twitter, which began by declaring that, “We are missing the point if this story becomes about Justin Trudeau being unveiled as ‘a racist.’ Here is an opportunity to think more deeply about the situation and what allows it to be so.”

You might not think that Twitter is a great place for thinking deeply about anything, but Goel’s Twitter-storm might have proved you wrong. She succinctly laid out her argument that the quest to determine whether Trudeau is or is not a racist is a distraction from a more important question about systemic racism in Canada. The thread was widely retweeted, and mainstream media were soon tapping her for television and radio programs. Before long, Maclean’s gave her a column to elaborate on her thread.

Experts have always played a role in media coverage of issues and elections, of course. In fact, one of the core functions of the media was traditionally to draw on expertise, otherwise confined to academic seminars or shelved away in university libraries, and apply it to events of the day. Occasionally, an academic might get a chance at one of the precious op-ed spaces in a major newspaper. But mostly this work was done by journalists like me phoning up a university professor or other expert and downloading as much information and wisdom as we could in 20 minutes or half an hour.

Some of the experts we interviewed enjoyed these encounters and saw them as a way of educating us journalists so we could better inform the public. It was also a way of getting some recognition for their work and for their ideas. But for many, these encounters were profoundly unsatisfactory. Sometimes after a long discussion with a journalist, they would be quoted just once in a story, and perhaps not on what they considered their most important point. They might feel that their views were distorted or placed in a context they disliked. Or in the worst case, they might not be quoted at all. In the end, it is always the journalist’s story to tell and not the source’s.

If you look back to the free trade and constitutional debates of the 1980s and 1990s – an expert-heavy time in journalism – you will also notice that it was a certain kind of expert who got interviewed. Often it was the head of a prestigious department at a leading university or the holder of an endowed chair. It might be an economist at a major bank or at the Canadian Labour Congress. In other words, the experts we interviewed tended to be older and well established institutionally.

The internet and more recently social media have upended all of that. Earlier in the century, when blogging was a thing, some academics seized the opportunity to post their views at will. But as online media organizations such as the Huffington Post and iPolitics sprang up, and mainstream news organizations expanded their online offerings, it was increasingly easy to get the op-ed that would have been spiked by the Globe and Mail for lack of space up on a recognizable website with an established readership. For these digital outlets, thirsty for content, academics and other experts provided a deep well of informed opinion. Academics had time and knowledge, and were usually willing to work for free. Many of them could even write!

Take the environmental economist Marc Jaccard’s forensic unpacking of Andrew Scheer’s climate here in Policy Options a few weeks before the campaign began. It likely did more than any journalist’s work to inform what is now the conventional wisdom that the plan is not serious. It has had an important impact on this campaign.

But equally prominent in this election has been a posse of mostly younger, social-media savvy academics, many of them still years away from full professorships, who inject their analysis directly into the bloodstream – Twitter, that is – and thus more or less straight into journalists’ brains. My Carleton colleague Jennifer Robson examines social policy announcements by the parties in deeply informed Twitter threads.

It is central to the personality of modern economists to be perpetually in a state of frustration and perplexity at the sheer dunderheadedness of politicians, policy-makers, journalists – well, humankind in general, I suppose. Naturally, they are well represented on Twitter. Some of the more patient among them have taken time in this election to break down policy announcements for us, like this thread from Lindsay Tedds at the University of Calgary on Andrew Scheer’s proposal to cut income tax.

Economists obviously have an enormously important public role to play in any election informing the public, though they may sometimes be wrongly held up by journalists as neutral arbiters on issues of fundamental political disagreement. One of my own frustrations back at the time of the free trade debate was that journalists often looked to economists to issue Solomonic judgments on issues they did not feel technically competent to rule on themselves.

But, of course, there was not an economist alive at the time who had not taken a position on the Canada-US Free Trade Agreement or its successor, NAFTA, and usually those positions could be predicted as much by their ideological orientation towards market economics as any technical analysis of the deal at hand. So, the quest for a neutral opinion was in vain and ran the serious risk of misleading news consumers about the capacity of expertise to decide questions rooted in more fundamental values about the way society should be organized.

Today, when academics venture out into the world and pronounce on politically contentious issues, they need to be prepared for partisan attacks. Andrew Leach is a good example of an engaged intellectual, an Alberta environmental economist who chaired the province’s Climate Change Advisory Panel, appointed by the former NDP premier Rachel Notley. As he continues to research, write and tweet, he is frequently attacked for being partisan.

I am sure Leach believes that his support or rejection of specific policies from various parties and governments springs from his understanding of climate science and his knowledge of economics and not from loyalty to any party. But some people on Twitter can be hard to convince.

There may have been some sense in which expertise was politically neutral, or at least could aspire to be, during the period of post-war consensus among the parties. At the time, there was a very broad ideological agreement in Western politics, especially around economic policy. Issues of redistribution and even social justice could be resolved or at least informed at a technical level. And in that era of relative consensus, expertise could pretend to a kind of political neutrality.

We live in an age when anti-vaxxers and White supremacists enjoy as prominent a place on social media, if not in the mainstream media, as any academic chin-scratcher. Experts, like journalists, are rooted in Enlightenment values of evidence and rationality, which are not as universally acknowledged as they were for a time. Populism in particular adopts a different epistemology, if you can dignify it with that term, which prizes intuition and collective will over research, science, evidence and method. Expertise itself is under attack.

Like it or not, the values experts hold make them political in a way they were not a generation ago. But in these tumultuous times, they are proving to be a force to reckon with at election time in part because of their symbiotic relationship with journalism.

This article is reprinted with thanks and first appeared on October 4 in Policy Options, the digital magazine of the Institute for Research on Public Policy (IRPP).