5 days ago 0 4 min read
We use cookies to provide a personalized experience for our users. By continuing to browse this site, you give consent for cookies to be used.
Got it!
Home > News > Environment > Trend-Arlington to plant 1,000 trees to remember tornadoes 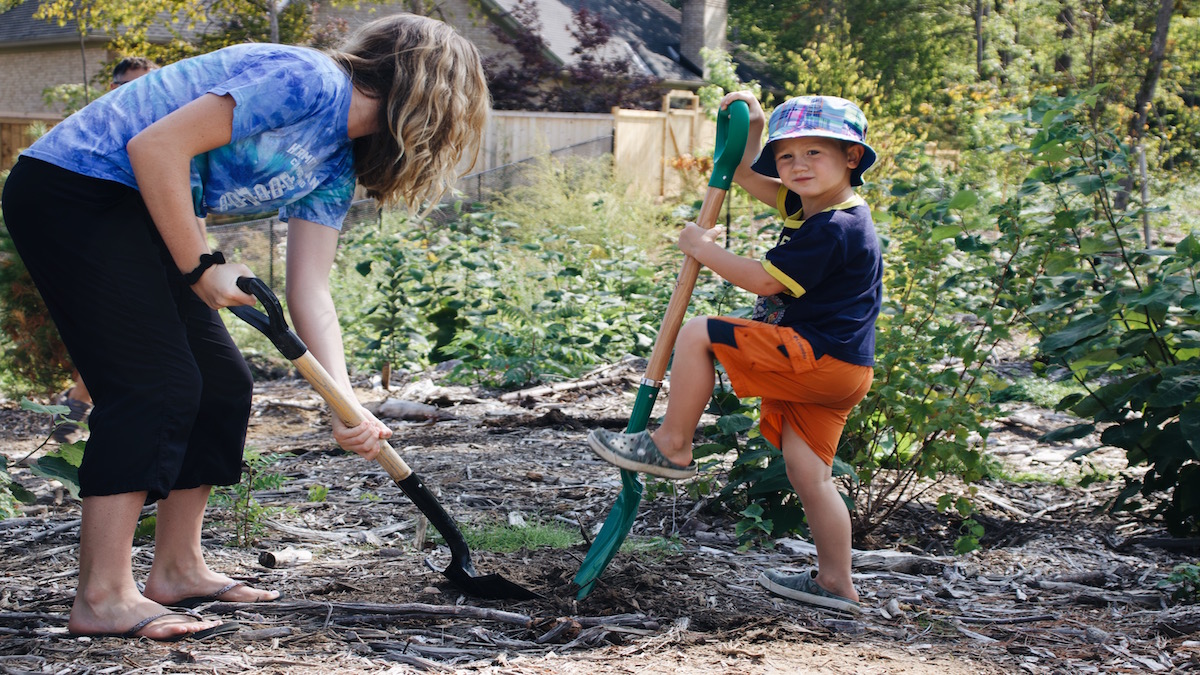 Marking one year since the Sept. 21, 2018 tornadoes tore up a beloved forest in west-end Ottawa, residents are uniting to rebuild their community — one tree at a time.

Amid boxes filled with white pine saplings and wheelbarrows filled with soil, members of the Trend Arlington Community Association organized an event on the anniversary to plant 1,000 trees in Bruce Pit, where hundreds of white pines previously stood.

“Everybody who lives here, lives here because of the trees. So, it’s very important for us to put them back in,” said James O’Grady, a local resident who had the idea to replant the forest.

“It’s really nice to see the community come out and reunite around us,” he said. “So even though it was my idea, there’s no way this could happen without the community.”

More than 100 people attended the event, from toddlers to seniors. A bagpiper playing the tune Rowan Tree led the community along a path and into the Bruce Pit clearing, where saplings waited to be planted.

Trend-Arlington was one of the communities hit hardest by the tornadoes, association president Sean Devine explained. Since then, he added, the goal has been to continue building community spirit.

“In many ways, we were shown how powerless we are to nature. But, in other ways, we have shown ourselves to be so much stronger than that wind,” he said.

As a person who spent a lot of time exploring Bruce Pit, Rachel Balderson said it was traumatic to lose the trees she grew up with.

“We knew all of the paths in here. You could get lost in here for hours if you wanted to,” she recalled. “Probably the saddest part was when we realized that the forest was gone. I looked out for the first time (after the tornadoes) and just started crying.”

When she saw the white pines were destroyed, Balderson said it did not feel like the same place anymore. Although the community lost 200-year-old trees, she said she knows the forest will grow again.

“It’s really nice to come out today and remember the positive things that have come from losing this,” she said. “(It) feels like we’re doing something positive by putting more trees in and keeping in mind that one day they’ll grow to be a lot bigger.”

The biggest challenge over the past year, O’Grady said, has been dealing with the trauma that came because of the tornadoes.

“I’m sure a lot of people are still dealing with PTSD. I sometimes wonder if I have it,” he said. “No one knew the trees were falling (because) we were all inside when it happened. But when we came outside, the impact of seeing the whole forest down was pretty shocking.”

The saplings, which Kemptville’s Ferguson Tree Nursery grew, contain the same genetic material as the white pines that were knocked down. O’Grady said he is looking forward to seeing — in 20 or 30 years — the forest and the community return to the way it was.

Moving forward, Devine added, the community hopes there comes a day where they don’t think of the word “tornado” on a daily basis.

“This has been a long year, but it has been a year that my community comes out stronger and closer than they were before,” he said. “If it took a tornado just a minute and a half to knock us all down, it took less time than that for us to pick each other up again (and) stand taller than any tree we’ve ever loved.”

IN THE NEWS: Wednesday, Oct. 9

The revenge of expert sources in Election 2019