2 weeks ago 0 9 min read
We use cookies to provide a personalized experience for our users. By continuing to browse this site, you give consent for cookies to be used.
Got it!
Home > News > Ottawa > They’re back: Movie-goers returning to the big screen experience in big numbers 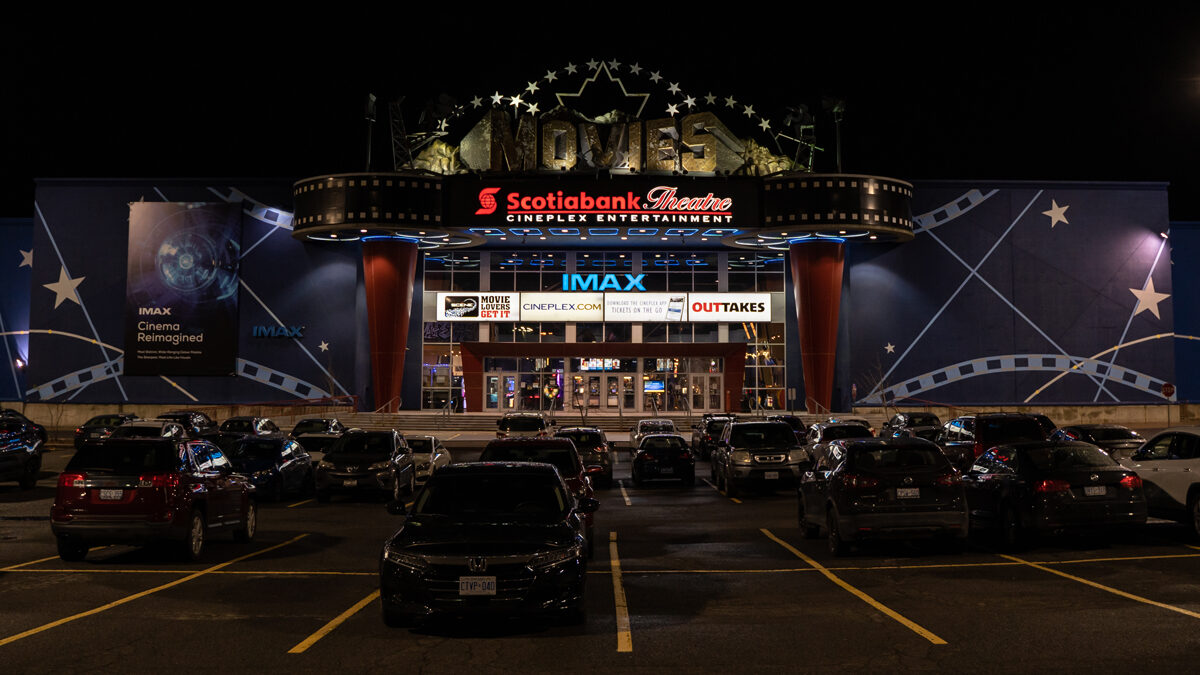 They’re back: Movie-goers returning to the big screen experience in big numbers

During the COVID-19 pandemic, box office attendance for the movies declined as cinemas were forced to shut their doors because of public health restrictions.

But with vaccinations continuing in Canada and the implementation of a proof of vaccination policy by the Ontario government, many cinemas in Ottawa, including the Mayfair Theatre and Cineplex cinemas, are seeing the public return.

Josh Stafford, the co-owner of Mayfair, found 200 movie-goers waiting to enter the theatre on the night when the policies changed.

“Everyone got in the door and had their ID ready to go,” he said.

The speed and enthusiasm with which some movie-goers returned was a happy surprise.

“I genuinely thought there would be another half dozen steps between going from the previous limitation to just being full capacity,” Stafford said.

So far, the health and safety guidelines at the theatre have allowed screenings to operate amid increased visitor turnout, Stafford said. “We all wish it didn’t exist of course, but we’ve managed to follow all the rules and keep screening movies.”

Beatrice Villadelgado, a member of the Carleton University Film Society, ultimately made the decision to return to the big screen based on the vaccination policies across the province.

“It makes me feel safer, which is why I go now,” Villadelgado said. “Going back into theatres is so exciting since it’s not been the same with Netflix parties throughout the pandemic,”

While some streaming services enable text communication with friends during streaming parties, Villadelgado said watching movies in-person on the big screen is a completely different experience.

“[In-person] you can hear all the comments that people throw out, and all the giggles and chuckles throughout the movie,” she said.

The first cinema Villadelgado returned to was the Mayfair. After it reopened, she bought a ticket immediately.

“It’s important for us to support local business in general,” Villadelgado said. “If you’re a film lover, or anybody visiting Ottawa, you should go and check them out.”

The Mayfair Theatre is not the only cinema seeing an increase in visitors.

“I am fully vaccinated and Cineplex cinemas are taking educated measures to protect their staff and customers,” he said.

Khan says he is back averaging two movies a month.

At Cineplex, 2020 was “one of the toughest times in our history,” Ellis Jacob, the chief executive office of Cineplex said on a recent analyst conference call.

After the full reopening of Cineplex on July 17, the company began seeing encouraging results in attendance as well as growth.

In the first weekend of November, Cineplex achieved the highest box office results since the pandemic started, exceeding the same weekend in 2019.

The current rise of pandemic box office results across North America means the return of more big screen blockbuster releases such as Dune and the latest James Bond film No Time To Die.

“Looking ahead, we are encouraged by the continued easing of restrictions and the availability of new film products including blockbuster titles,” Jacob said.

For movie-goers like Saad Khan, the prospect of safely watching every big blockbuster movie on the big screen can’t happen soon enough.

“Just having the 3D experience makes a difference,” he said. “Being in an environment with other people, you know, it makes me feel good.”