3 days ago 0 2 min read
We use cookies to provide a personalized experience for our users. By continuing to browse this site, you give consent for cookies to be used.
Got it!
Home > News > Social Issues > TikTok Thanksgiving: Concerned Byward store clerk makes a difference 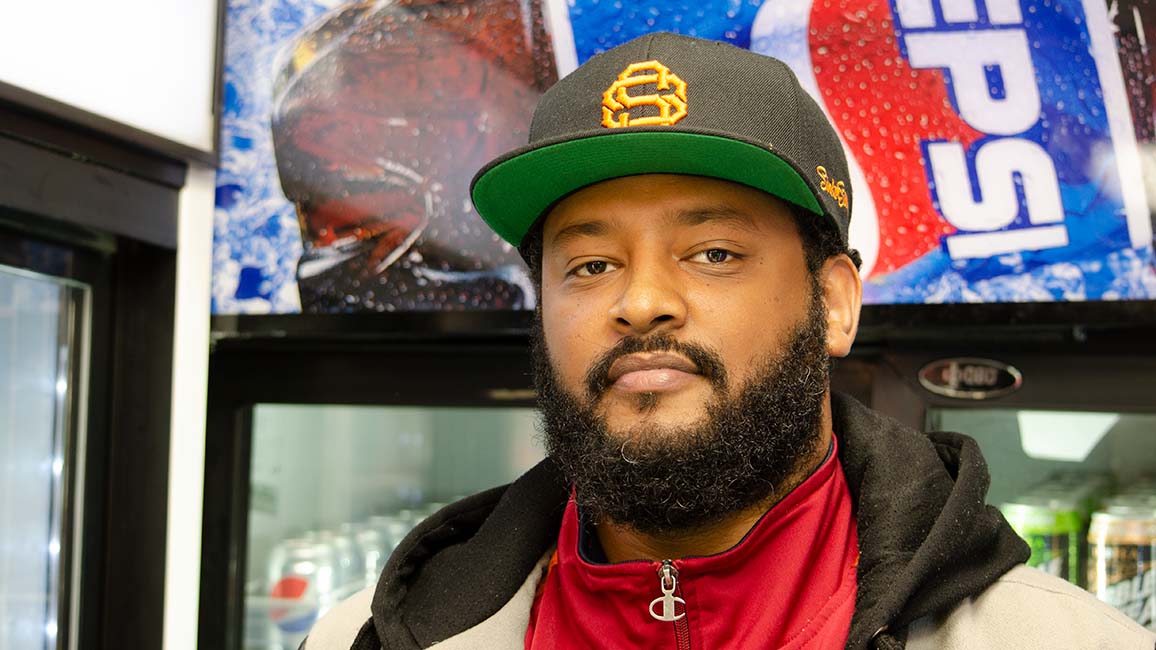 Instead of spending Thanksgiving Monday on her family’s beef farm in Douglas, Ontario, Miranda Croakie was handing out sandwiches, water and socks to the disadvantaged in Byward.

Croakie headed downtown that evening armed with 75 hamburgers in search of local convenience store worker Ziggy Haile. Haile, who goes by @gangsterapou on Tik Tok, has a sizeable following for his videos documenting his interactions with customers of the Zesty Market at the corner of Rideau and Dalhousie street.

Croakie says she follows Haile on Tik Tok after recognizing that he filmed near the Élisabeth Bruyère Hospital, where Croakie works as an X-ray technician.

“I always drive [through Byward] and I see overdoses happening all the time,” Croakie said. “People just walk by these people like they don’t exist.”

Croakie said she reached out to Haile through the app because she wanted to give back to the community on Thanksgiving. After meeting up, they distributed food, bottled water and socks to those in need.

Croakie was not the only person inspired by Haile’s videos. One woman showed up that evening with a platter of chicken and rice. Haile said another woman reached out to him with 60 packages full of clothing, deodorant, hygiene products and juice to distribute.

“These packages were literally like $50 each,” Haile said. “She doesn’t even know me. She just saw the Tik Tok.”

Often, the people who come into his store late at night are those who are not allowed at the nearby Salvation Army Ottawa Booth Centre Men’s Hostel, Haile said.

While the hostel can house up to 136 regular residents, the website says residents must be “sober and relatively stable.”

The centre’s third floor has 30 beds reserved for those struggling with mental health and addiction issues, and their fourth floor also houses up to 18 residents who are recovering from addiction.

The Salvation Army could not be reached for comment after multiple attempts.

Gordon Richards is the program manager of community and volunteer services at the Shepherds of Good Hope, a non-profit group that also has a shelter downtown. The group runs an emergency transitional housing program for men and women who suffer from trauma, addiction and mental health issues. Richards said many who use the shelter are referred by the Ottawa Police Service or other emergency responders.

“We’re providing people a safe space to sleep or eat as they go through, or come down from, whatever it is that’s going on,” Richards said. “It is a busy program and there’s a lot of need.”

While Richards noted some individuals can be hard to serve, he added that people battling these issues have behaviour that is deeply entrenched, and intoxication should not prevent people from getting the care they need.

“What we can do as an organization is recognize that these harmful behaviors exist, and try to make individuals as safe as possible,” Richards said. “And then continue to connect with them in spite of drug use, in spite of mental health issues. These are not barriers for us to provide service.”

Haile says he hopes to show through social media how positivity and genuine connection improved his interactions with customers.

“When I start my shift at 11 p.m. I see these people outside the door.” Haile said. “When I leave at 7 a.m. they’re still outside on the street. And they’re nicer than us.”