3 days ago 0 5 min read
We use cookies to provide a personalized experience for our users. By continuing to browse this site, you give consent for cookies to be used.
Got it!
Home > News > Ottawa > Very hungry caterpillars ravage the capital region’s trees 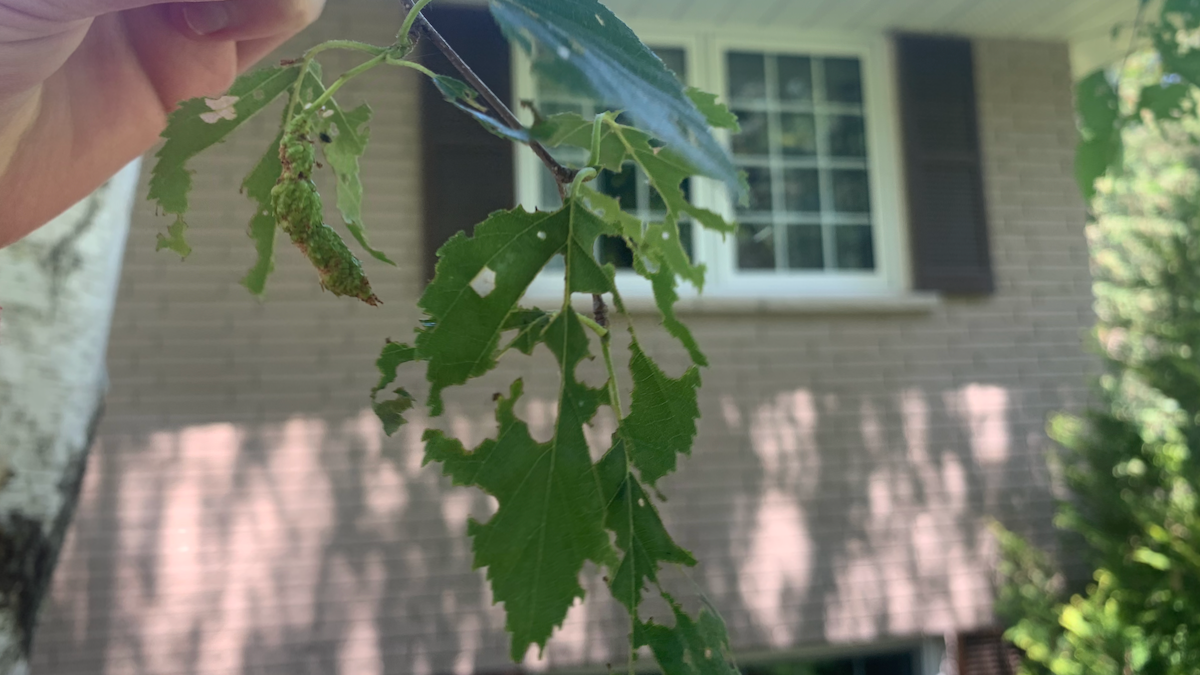 Deciduous trees are usually able to regrow a second batch of leaves after defoliation occurs. However, repeated defoliation can cause mortality. [Photo © Rachel Morgan]
Environment

Scientists say 2021 is one of the largest infestations of the Lymantria dispar dispar caterpillar. and Ottawa and Gatineau has not been spared.

The National Capital Commission is monitoring the presence of the LDD moth caterpillar in co-ordination with provincial stakeholders.

While Ottawa and Gatineau are not considered at high risk, certain parts of the region are finding trees stripped bare of leaves. Despite this, nature is resilient and the NCC says that, while there’s defoliation happening, the trees should be alright this summer.

“The defoliation of hardwood trees rarely causes mortality; however, it does put stress on the tree,” Maryam El-Akhrass, communications specialist at the NCC, said. “Repeated defoliations, over two or three growing seasons, or defoliation of conifer trees, can lead to mortality.”

Hampton Park in Ottawa’s Kitchissippi ward is being particularly hard hit. Volunteers are frequenting the park collecting caterpillars off the trees.

“In the region, caterpillars can feed on more than 300 plant species, including landscape and garden plants,” said El-Akhrass.

The caterpillar has a preference for oak, birch and aspen, but can be found munching on any available flora.

Each year the Ontario Ministry of Natural Resources and Forestry completes egg mass surveys to monitor the status of the caterpillar. This year, the NCC and the City of Ottawa are working to complete an egg mass survey in the fall.

Regardless, the NCC and the City of Ottawa will not be spraying to reduce the populations of the LDD moth. Other Ontario cities, such as Burlington and London, have been spraying public parks with BTK, a biological insecticide. The spray targets and kills caterpillars. There have been many debates in various Ontario cities on whether to use the spray. Potential negative effects include increased mortality of native caterpillar species.

Nonetheless, there are ways residents can control LDD moth populations in their own yards. Scrapping egg masses, using a soap solution on caterpillars and wrapping burlap around trees can all be effective methods of reducing the population.

The NPV virus and the Enotmophaga maimaiga fungus also help regulate the populations into the seven to ten year cycles.

For El-Akhrass, residents have to accept the cyclical nature of the population. “The most effective control measures rest with nature, where the population regulates itself,” she said.