1 week ago 0 1 min read
We use cookies to provide a personalized experience for our users. By continuing to browse this site, you give consent for cookies to be used.
Got it!
Home > News > Ottawa > War Museum exhibit tells personal stories to reveal much about the history of the Second World War 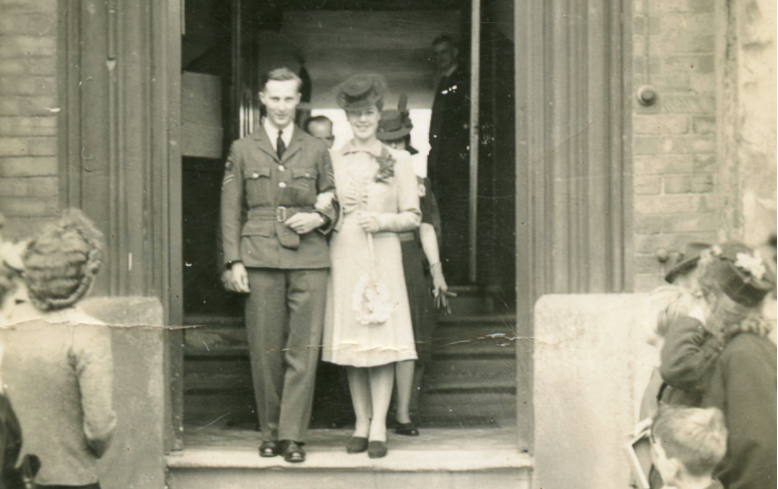 Wedding of Gwendoline Green and John McDonald, Worchester, England, August 1943. Their story is among those told in the exhibit Forever Changed: Stories from the Second World War, which opened Dec. 3 at the Canadian War Museum. [Courtesy Pamela McDonald and family — Canadian War Museum]
Arts & Culture

Months after being postponed by the arrival of COVID-19, the Canadian War Museum is marking the 75th anniversary of the Second World War with an exhibit that showcases the experiences of dozens of Canadians during 1939-45 conflict.

Forever Changed: Stories from the Second World War was curated by Tim Cook, author and military historian, and is open to the public. It will be on display at the museum until September 2022.

The exhibit features photographs, archival footage, hand-written letters, diaries, uniforms and other artifacts to tell the stories — some never before told — of 47 Canadians affected in different ways by the war.

Among the stories profiled in the exhibit are those of seaman George Boyer of the Royal Canadian Navy, Royal Canadian Air Force pilot Will Kyle, as well as “bomb girl” Edith Whitford (nee Vollrath).

“Forever Changed takes a fresh approach to the history of the Second World War, as seen through the eyes of a diverse range of Canadians,” said Caroline Dromaguet, president and CEO of the Canadian War Museum.

Boyer, a Métis man, served on several ships in the North Atlantic. After a torpedo ripped a 10-metre hole in the steel hull of the carrier he was stationed on in 1944, killing 21, he stayed aboard to help bring 815 survivors to safety.

Will Kyle had just gotten engaged when, in 1942, he enlisted in the Royal Canadian Air Force. In 1945, he and five other RCAF airmen took off on a supply mission and never returned. Pieces of the wrecked aircraft discovered in 1990 are on display in the exhibit.

Britt Braaten, a member of the project team, said the curators wanted to create an exhibit that reflected the diverse backgrounds of those affected by the Second World War.

Braaten said she hopes the exhibit makes it possible for visitors to connect with the stories they view.

“You learn something about the person — maybe it’s hopeful, maybe it’s sad, maybe it’s scary — but each one stands on its own as something that you can feel a connection to,” she said.

The exhibit is designed to make the true stories accessible to people who may not be familiar with the history. “For a lot of people, especially non-experts, the way you can connect to history is (by making it) personal,” Braaten said.

Cook, the curator of the exhibit, agreed with Braaten. “I hope that there is a connection that’s made between our visitors and these Canadians, almost all of whom have passed away, but not all,” he said. “They’re all very moving.”

Cook said he is glad to see the exhibit finally open in person after months of postponement due to the pandemic.

“I’m thrilled,” he said. “You put a lot of sweat and toil and a lot of your heart into an exhibition like this.”

Blood donors needed over the holiday 'season of giving' despite pandemic