2 weeks ago 0 1 min read
We use cookies to provide a personalized experience for our users. By continuing to browse this site, you give consent for cookies to be used.
Got it!
Home > Politics > We need to wake up to China’s interference in Canadian democracy 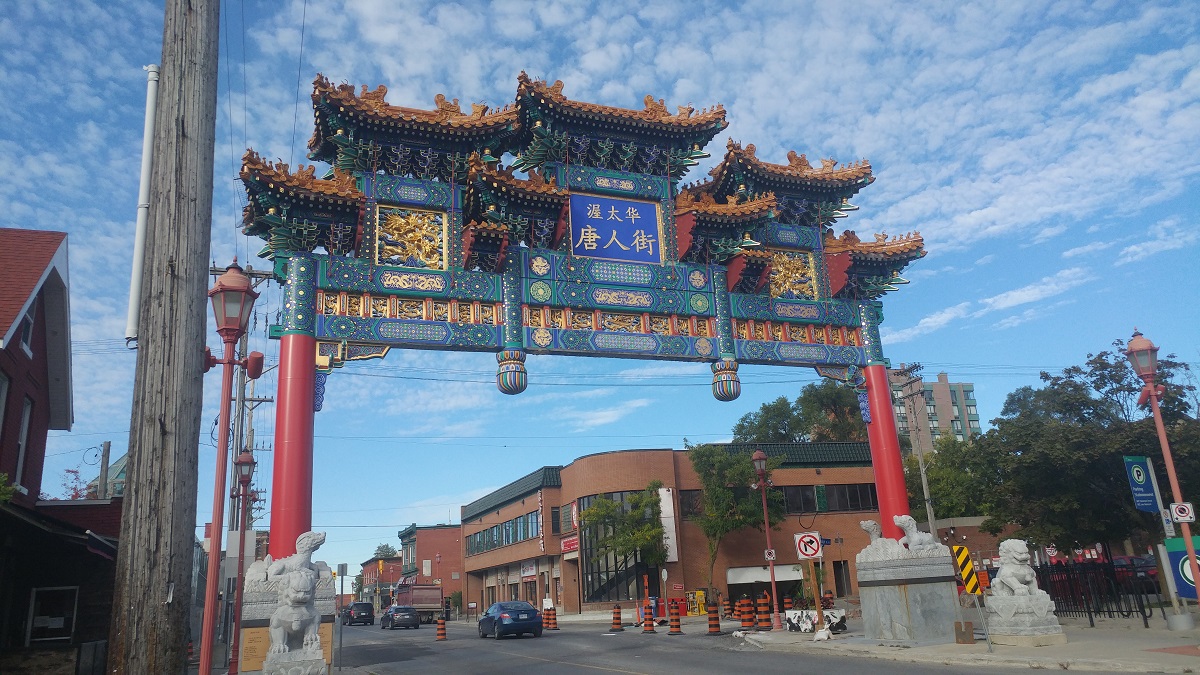 The "imperial archway" that marks the entrance to Ottawa's Chinatown neighbourhood near the corner of Bronson and Somerset avenues symbolizes a vision of friendship between Canada and China and the special relationship between Ottawa and Beijing as "twin cities." It was also hailed as a symbol of Canadian cultural diversity when it was completed in 2010. The $1.3-million gateway project received about $300,000 worth of in-kind donations from the City of Beijing. Today, relations between China and Canada have become severely strained amid allegations of Chinese government interference in the 2019 Canadian federal election. [Photo © Ryan Mulligan]
Canada

Voter turnout was dismally low in the Ontario election this past June and the Ottawa municipal election in October. Perhaps if citizens of the province and this city better understood the vulnerability of their democracy — as shown recently by revelations about Chinese government interference in Canada’s 2019 federal election — more than 44 per cent of eligible voters would have bothered to exercise their right to cast a ballot.

From across the Pacific, China has been covertly exerting its influence in Canada’s democratic system. No level of government is spared; those who run China are serious and thorough people.

Prime Minister Justin Trudeau has said the interference in the 2019 federal election did not affect the results “in a significant way.” This is not comforting.

More worrisome is what CSIS, our national security and spy agency, had to say about the issue following a request for comment from Capital Current.

The Chinese Communist Party “is pursuing a strategy for geopolitical advantage on all fronts — economic, technological, political, and military – and using all elements of state power to carry out activities that are a direct threat to our national security and sovereignty.”

The Chinese Communist Party “is pursuing a strategy for geopolitical advantage on all fronts — economic, technological, political, and military – and using all elements of state power to carry out activities that are a direct threat to our national security and sovereignty,” said CSIS spokesman Brandon Champagne.

And, getting to the heart of the matter, he made it clear our electoral system is a key target: “We also continue to observe pervasive, persistent and sophisticated state-sponsored threat activity targeting Canadian democratic institutions at all levels of government (federal, provincial/territorial, municipal, and Indigenous) and see a rise in its frequency and sophistication.

“Foreign interference involves foreign states such as the PRC (People’s Republic of China) or Russia attempting to covertly influence decisions, events, or election outcomes to better suit their strategic interests. In order to influence political outcomes, they may exert pressure on communities, use covert funding, or leverage foreign language media outlets.”

Are Ottawa’s local elections safe from such interference? Probably not. Are municipal politicians being influenced by Chinese interests? Probably, yes.

Jonathan Manthorpe, the author and former Canadian foreign correspondent who has investigated China’s interference in Canada, wrote in his 2019 book Claws of the Panda that almost all Chinese embassies and consulates have staff working for the United Front — a set of organizations tasked with foreign interference and influence. A United Front manual, ­made public in 2017, appears to refer, approvingly, to the success of ethnic Chinese candidates in the Greater Toronto municipal elections in 2003 and 2006.

“We should aim to work with those individuals and groups that are at a relatively high level, operate within the mainstream of society and have prospects for advancement,” states the manual.

Citizens of Ottawa and all of Canada should not be apathetic, indifferent or complacent to the threat China poses to our democratic processes. No one likes being used as pawns on the global chessboard.

CSIS makes a clear distinction that it is officials in China’s Communist regime — not the Chinese people, or Canadians of Chinese descent — who are conducting the interference campaigns. CSIS is right to do so.

But there are multiple ways for China to influence politicians, including those at the local level. Take the well-known link between developers and many municipal politicians.

“Canadian municipal councils and local real estate business interests are often indistinguishable because of the number of developers who are members of the councils,” Manthorpe writes. That’s not including the many local politicians who aren’t developers themselves but are easily influenced by powerful players in the real estate and construction industries.

The report of the Cullen Commission, launched in B.C. in response to public concern about money laundering in that province, makes for a rather grim reading: “An enormous volume of illicit funds is laundered through the British Columbia economy every year, and that activity has a significant impact on the citizens of this province.”

Stratospheric housing prices make real estate attractive for bad actors — including for a foreign regime that is not above using shady methods to influence the states it targets. Casinos have long been used for money laundering by organized crime pretty much everywhere. What do you think happens when an entire sector of the economy becomes something of a casino itself?

Another way of influencing politicians is more above board and straightforward: inviting them over for dinner. That’s what the Chinese consulate general in Vancouver was doing between 2017 and 2019, when they regularly played host to the delegates of the Union of British Columbia Municipalities, which represents 190 regional districts and municipalities in the province, as well as eight First Nations.

For seven years, until media reports became too negative, the Chinese diplomats were making friends and influencing people among B.C.’s top municipal decision-makers.

Ottawa is not so far removed from such potential influence. China’s tactics have been most apparent in B.C., but they happen nationwide. For example, Former Ottawa mayor Jim Watson went on a business promotion trip to Beijing in 2013, taking with him a 40-person delegation. Beijing was declared Ottawa’s “twin city,” by the way, as part of an effort to promote trade and foster closer bilateral relations between the two capitals.

Institutions that disgrace themselves by kowtowing to the Chinese regime should be targets of swift and stinging public opprobrium.

Citizens of Ottawa and all of Canada should not be apathetic, indifferent or complacent to the threat China poses to our democratic processes. No one likes being used as pawns on the global chessboard.

Next time we go to the polls in this city, Ottawa residents should ask candidates questions such as “Who funds your campaign?” and demand full disclosure about the donor lists they provide. Trade missions to China should not happen in the current international political climate.

And institutions that disgrace themselves by kowtowing to the Chinese regime should be targets of swift and stinging public opprobrium. A recent case in point: the University of Ottawa agreed to the demands of Beijing’s ambassador, Cong Piewu, to bar cameras from inside the room where the diplomat was speaking. Radio Canada and Canadian Press weren’t allowed to film remarks. A Globe and Mail photographer was also not allowed to accompany reporter Steven Chase into the event.

Throttling the media at the behest of the Chinese regime’s envoy is a disturbing example of the impact of this more naked, aggressive type of foreign influence.

To its credit, the university later apologized. But the apology wouldn’t have been necessary if uOttawa hadn’t initially appeased a foreign power’s unreasonable — and undemocratic — demand.

So, it falls to the citizens of Canada to keep their institutions — whether political or academic —accountable on a daily basis. It’s a responsibility for vigilance that Ottawa residents share.

In Focus: The Nutcracker brings holiday magic back to the National Arts Centre

Ottawans supporting Ukraine during a long, cold winter of war