1 week ago 0 1 min read
We use cookies to provide a personalized experience for our users. By continuing to browse this site, you give consent for cookies to be used.
Got it!
Home > Arts & Culture > Theatre > In Focus: The Nutcracker brings holiday magic back to the National Arts Centre 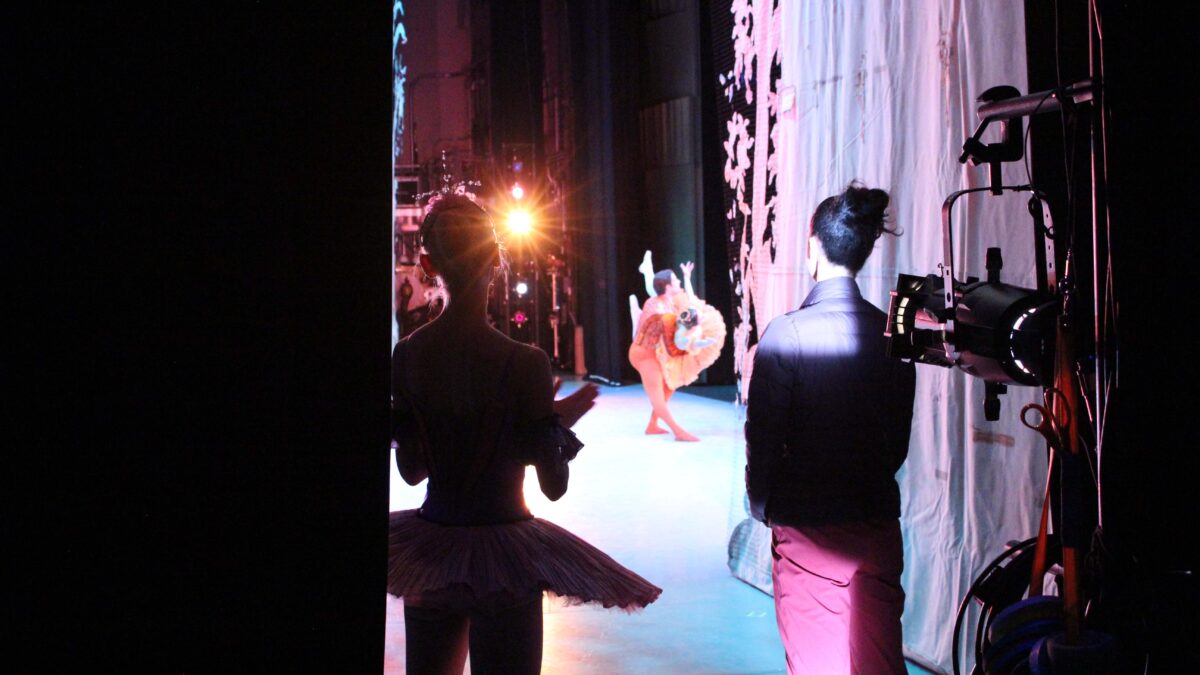 The full-scale production of The Nutcracker returned Dec. 1-4 this year for the first time since the pandemic began. [Photo © Claire McFarlane]
Arts & Culture

In Focus: The Nutcracker brings holiday magic back to the National Arts Centre

Every time Airat Ichmouratov returns to Ottawa, he’s reminded of the summer he spent busking in Byward Market when he had first moved to Canada from Russia 25 years ago.

Earlier this month, however, Ichmouratov travelled to Ottawa under different circumstances — to conduct the National Arts Centre Orchestra for Les Grands Ballets Canadiens’ production of The Nutcracker, which was performed Dec. 1-4.

This year marked the first full production of the classic ballet returned to the NAC since the COVID-19 pandemic began. Last year’s scaled-back version didn’t include any of the children who typically perform on stage because no vaccine was approved for them at the time.

The NAC’s head carpenter, Jim Reynolds, said The Nutcracker is one of his favourite shows. He said the children bring a kind of magic to the stage that was missing last year. He added that in previous years, he’s loved seeing the backstage through the eyes of the young ballet dancers.

“They were completely distracted by the size of everything and the enormity of the backstage. It was very cool,” said Reynolds.

The young performers also present a unique challenge to Les Grand Ballets’ costume department. Head of wardrobe, Mélanie Ferrero, says the Nutcracker costumes are different than any other because many adjustable to a range of sizes. The angel costumes, for example, have zippers sewn in that allow them to adjust the length of the skirts. This creates a perfect floor-grazing hemline on every dancer.

The costumes were all originally designed and created in 1987 by Ferrero’s mentor, François Barbeau. Ferrero said it takes 25 seamstresses working full-time for two months straight to restore the costumes every year. The seamstresses check every hook, every snap, every piece of elastic and every panel of fabric to make sure everything is in good condition. Special attention is paid to the soloists’ costumes and those who are partnered and have more physical contact with another dancer. Anything that isn’t perfectly fitted or restored runs the risk of snagging on another dancer or coming off onstage.

Ferrero’s role includes all of the coordination required until opening night, then, she heads back to Montreal to work on other projects. “My job is really to do the transition between the workshop and the live show on stage so that everything is fluid, as much as it can be,” said Ferrero.

Ferrero finds her work creatively nourishing. She takes particular joy in being able to help clothing come alive on stage through dance. She also took a lot of cues from Barbeau, who was always concerned about how the dancer felt in the costumes. They shouldn’t be too distracted by their clothing because it prevents them from fully being in character, he believed.

Orchestra conductor Ichmouratov said the company — at all levels of the production — is a well-oiled machine. “You can see the dancers, from the very young ones, the children, to the mature prima dancers, they are all working in the same heartbeat to achieve the best possible result.”

Similarly, Ichmouratov and the NAC orchestra work well together. “Every orchestra has its own personality. This is a brilliant, easy-going orchestra,” said Ichmouratov.

Piotr Illitch Tchaïkovsky’s score for the ballet is difficult, filled with many solos and plenty of emotion. But it’s a challenge that the conductor and the orchestra are happy to meet. Ichmouratov says Tchaïkovsky’s music reflects the personality of the Russian composer. “Here we see a different Tchaïkovsky because it’s a fairytale, so it unites all his emotions and they are almost childish sometimes. It’s a phenomenal work.”

The conductor said the work to prepare for The Nutcracker is different for the dancers than it is for the musicians. A member of the orchestra can play the same role for most of their lives but ballet dancers get to move up to play different roles throughout the years.

Vanesa Garcia-Ribala Montoya dances the role of the Sugar Plum Fairy in The Nutcracker. And while she has played the character before, a tight fall and winter season left her with just 10 days to prepare. “It’s been two years since we ran the full show, so getting back to it requires a bit of time and organization,” said Garcia-Ribala Montoya. The dancer said Les Grand Ballets started rehearsals for The Nutcracker but had to cancel the shows because of the spread of the Omicron virus variant.

Garcia-Ribala Montoya was initially interested in ballet as a child because she had coveted the costumes she saw on TV and loved seeing the ballerinas lifted into the air by their partners. When she got to ballet class, however, she realized that what took place behind the scenes was different from what she saw on her TV screen. Garcia-Ribala Montoya then shifted her focus to gymnastics and skating before eventually returning to ballet at 12, when she started to pursue a serious career in dance.

Garcia-Ribala Montoya particularly enjoys The Nutcracker because, for her, it brings about a certain nostalgia for childhood, especially because she gets to work with children on stage and behind the scenes.

“When we’re just practicing they’re looking up at you like everything is so magical, it’s amazing,” she says. “It reminds me of when I was a child and I was looking up to the adults.”

As head carpenter at the NAC, Reynolds says there’s a lot of tradition built into these shows. For The Nutcracker, Reynolds is sure to always have Christmas cookies and other treats on hand for the crew. “After the show we have a little salute to everybody, those who have done this before us and come and gone,” said Reynolds.

We need to wake up to China's interference in Canadian democracy