4 weeks ago 0 61 min read
We use cookies to provide a personalized experience for our users. By continuing to browse this site, you give consent for cookies to be used.
Got it!
Home > News > Ottawa > We Stand With Trees portrait project aims to protect 600 trees threatened by new Civic hospital campus 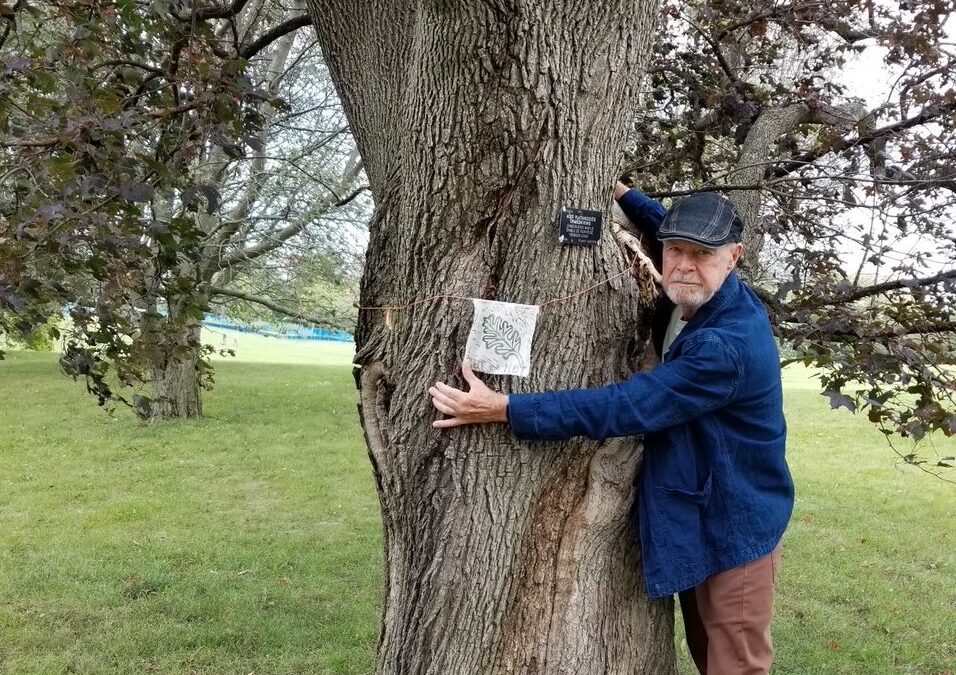 Opponents are fighting a plan they say would unnecessarily wipe out 600 trees near Dow’s Lake and on a portion of the Central Experimental Farm when the Ottawa Hospital’s new Civic campus along Carling Avenue is built.

The issue was at the centre of a marathon meeting at Ottawa City Hall on Friday, with dozens of delegates objecting in front of a joint session of the city’s heritage and planning committees about the loss of trees and green space, traffic and parking problems and other expected impacts of the $2.8-billion project.

Others defended plans for the new hospital site, highlighting the merits of the location and the urgent need for a modernized facility to replace the century-old Civic campus.

In May 2021, the Ottawa Hospital unveiled its billion-dollar design for the new Civic campus.

A newsletter article released by Friends of the Central Experiment Farm states: “It was a shock when the site selected for the new hospital turned out to be part of the farm.”

According to the New Civic Development website, “the project is now in the second of five required stages of the planning process required by the Ontario Ministry of Health.”

Last month, crowds gathered at the CEF in attempt to protect the threatened greenery.

As a chance to document the love that the Ottawa community holds for these trees, resistance organizers Jane Keeler and Jake Morrison worked together to launch the We Stand with Trees initiative.

The two are inviting residents to pose in front of their favourite tree, along with providing a few words on what significance the tree holds for them throughout the month of September.

“So far it has been a lot smaller than you would hope,” said Keeler. The duo has taken around 25 portraits the past two weekends.

Jake Morrison is a landscape photographer whose initial involvement came from doing an old friend a favour. Once Morrison became more involved, he described it as, “drinking the Kool Aid”.

“I slowly got more and more involved … I started by taking pictures of the trees by themselves and that’s when my partner Jane Keeler said, ‘Well, why not take portraits of people with the trees?’ “

He added: “I view these portraits sort of as an art show, to basically present these people as defenders of the trees.”

Morrison is also planning to put the portrait gallery together as a PDF book format to distribute to members of city council.

“We intend to use these photos to help influence the city’s politics, which involve all three levels of government,” said Keeler.

“Our politicians need to change their current plan to put a hospital in the fields where these trees stand.”

Morrison said there are also architectural issues within the Civic campus plans.

“The thing about the site is that it is a horrible site to build on — it is not a rectangle . . . If you take a close look at the drawings, you’ll see that you would have to travel almost a kilometre to get to the emergency entrance” from the other end of the site.

He said he fears that in the future, the campus might have to expand over more of the Central Experimental Farm, threatening more trees and green space.

Morrison also points out that the single entrance to the hospital will not get people into the ER fast enough: “Any hospital needs two major entrances; they only have Carling Avenue as a major artery.”

“Eventually,” he added, “they will realize, ‘We can’t get people in here fast enough. We’re going to have open up Prince of Wales.’ ”

The New Civic Development website points out that the location was chosen after “careful consideration,” and that, “If the project were to move to another site, the Ministry requires that the process be restarted completely, resulting in a minimum 5-year delay to repeat the already completed parts of the process and develop a new plan that meets requirements.”

Facing the backlash, the website also included their “Tree Conservation Plan”, where they promise, “the hospital will plant five new trees for every tree that needs to be removed.”

Morrison says, “we need trees. Especially in an urban setting, more specifically, we need old trees … and there are 100 year old trees there.”

In an attempt to gain more awareness for the We Stand With Trees initiative, a sister project has been created where the advocates ask the Ottawa community to take selfies with the trees for those who do not have time for a portrait. They ask that Ottawa residents share their selfies on social media to attract more awareness for the cause.

Recovery Day in Ottawa underlines the need to end stigma around mental health issues, substance use