6 days ago 0 8 min read
We use cookies to provide a personalized experience for our users. By continuing to browse this site, you give consent for cookies to be used.
Got it!
Home > News > Ottawa > 15,000 City of Ottawa employees getting a lesson in Indigenous history and culture 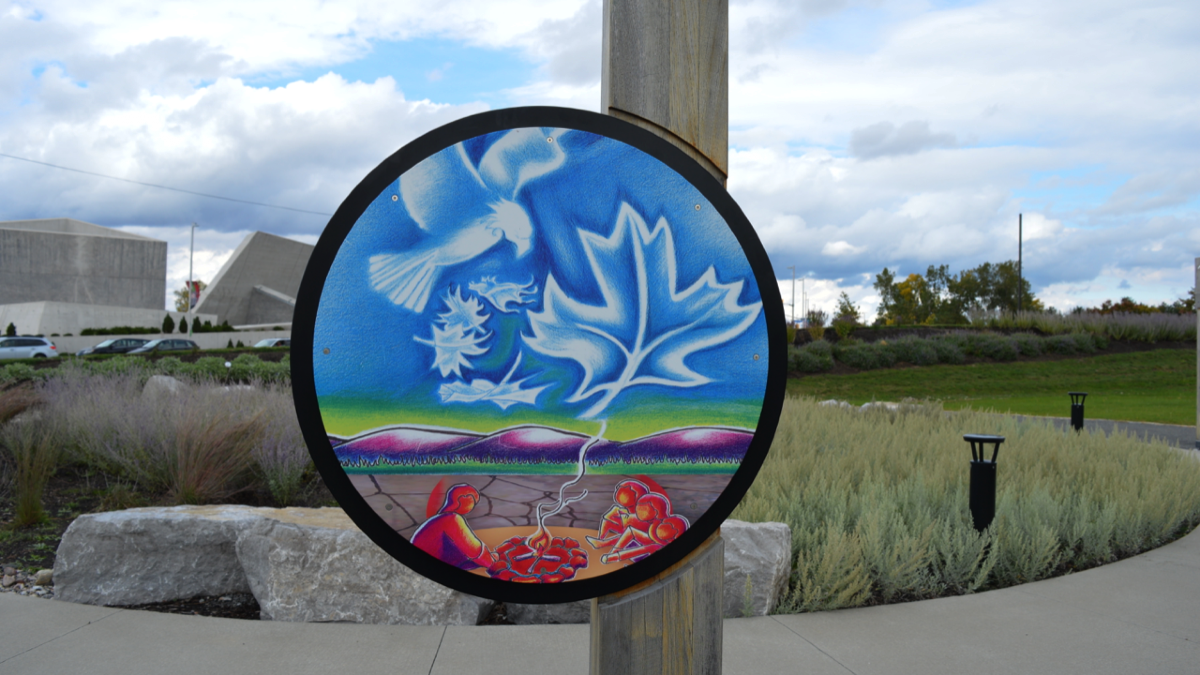 A sign in Pindigen Park, Ottawa. Located near LeBreton Flats, it is meant to highlight Indigenous culture and heritage. [Photo © Christianna Alexiou]
Indigenous

City of Ottawa workers are being educated in Indigenous culture and history as part of a sweeping municipal reconciliation plan approved in 2018.

About 15,000 employees will participate in the plan which has been partly designed by NVision Insight Group Inc., a majority Indigenous-owned consulting company with offices in Ottawa and Iqaluit.

The program is a good opportunity for municipal workers to understand how to build relationships with the Indigenous community, said Christine Malone, a diversity and inclusion specialist for the City of Ottawa. Malone is Métis from Saskatchewan.

“I have been telling people that it’s an opportunity to talk about a piece of history that’s a part of Canada we haven’t discussed before,” she said. “This training should have been part of the base training we all got in school.”

The plan is to offer a suite training with NVision’s The Path: Your Journey Through Indigenous Canada, as its foundation. The city will add modules about Algonquin history, culture and contribution and the urban Indigenous experience in Ottawa later.

Ottawa is located on the unceded territory of the Algonquin Anishinabe Nation, the city notes on its website.

The City chose The Path because it included the Truth and Reconciliation Commission of Canada’s recommendations about training and also talks about the experiences of First Nations, Métis and Inuit.

Following the calls to action

The course focuses on cultural awareness. It talks about the realities of Indigenous peoples and includes breakdowns of historical events, practical opportunities and an overall explanation of how to be culturally aware, said Jennifer David, a senior consultant at NVision from the Chapleau Cree First Nation.

Malone has taken the course, which she said, provided the opportunity to learn about Indigenous world views. “There’s always learning to be done regardless of how much you think you already know.”

A mountain, a path

The course’s name was inspired by a quote from Sen. Murray Sinclair, back in 2015, when the Truth and Reconciliation Commission of Canada launched its calls to action, David said.

“There’s definitely a need to do more work here in Ottawa,” she said.

“[Indigenous education] brings to the attention of people the reality that we live with as Indigenous people in a way that promotes our ability to understand each other in open dialogues and to form a cohesive society,” said John Kelly, an adjunct research professor in journalism at Carleton University. He is from Haida Gwaii, an unceded and unsurrendered territory off the British Columbia coast.

NVision’s courses are offered across Canada and cater more to large groups for professional development, David said. However, unlearning and relearning becomes increasingly difficult as people grow up, David said..

“Once we get set in our ways, it is hard to change, so adults have to work at it harder,” she said. “When you’re a kid, what you’re taught, you’ll carry on with you.”

Starting from a young age

This commitment for change should start with educating young children, according to Kyl Morrison, a member of the Ottawa District School Board’s Indigenous Education Learning Team. Morrison identifies as wemištikôšîhkânm, which is Moose Cree for First Nations and European ancestry.

“I don’t think anyone wants to live in a way that harms other people, and without adequate Indigenous education, lots of people are,” Morrison said.

“By learning the true history, it’s a way for students to really be proud of who they are,” Butler said.

“A course is a good step, but what will you do next?” she said.