3 days ago 0 4 min read
We use cookies to provide a personalized experience for our users. By continuing to browse this site, you give consent for cookies to be used.
Got it!
Home > Politics > Ottawa Votes 2022 > Alta Vista Ward continues to face affordable well-maintained housing issues 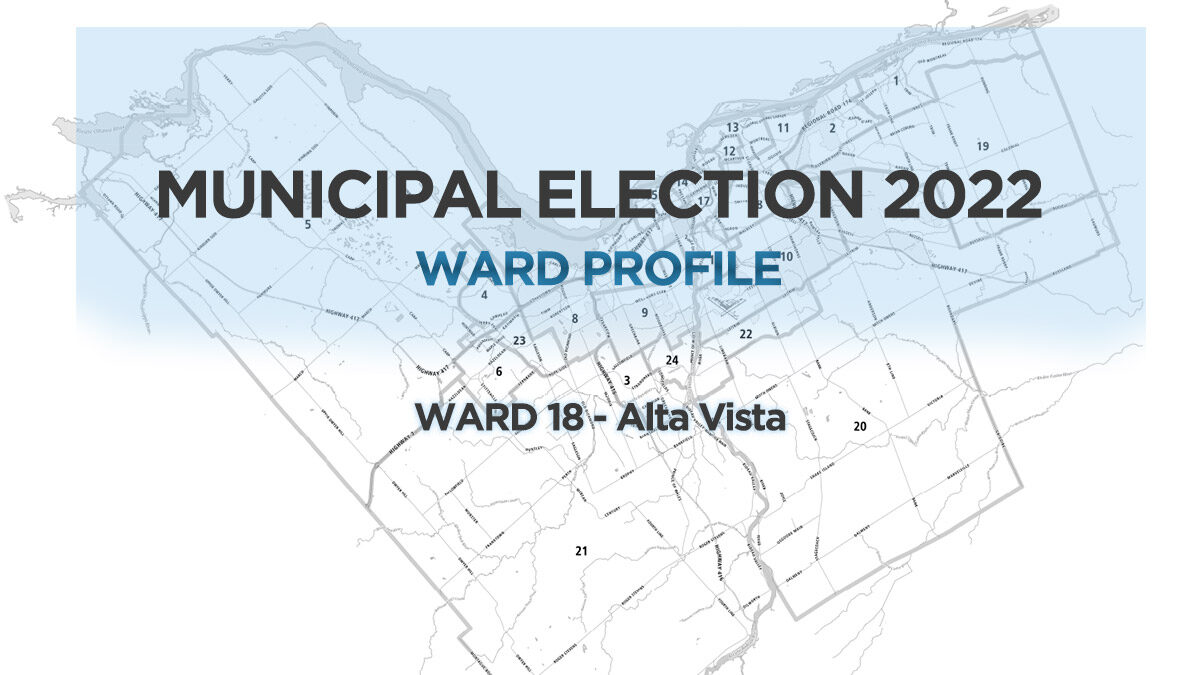 The broad boundaries of this ward are Tremblay Road and Highway 417 to the north, Walkley Road to the south, Bank Street and the Rideau River to the west and part of Highway 417 again in the East.

Incumbent Jean Cloutier is not seeking re-election. The four candidates who want to replace him are Marty Carr, Carolyn Kropp, Bob Perkins and Angelo Gino Scaffidi. For information on how to vote, go to the City of Ottawa website. The election takes place on Oct 24.

Access to affordable housing, and specifically the maintenance of housing units, has stirred controversy. Timbercreek, now known as Hazelview Investments, has faced criticism over the evictions of many residents from 2016 to 2018 to tear down units and make room for other forms of housing. Cloutier, the outgoing councillor, says 1,000 of the new units must be affordable.

The ward is home to the Billings Bridge mall, the Ottawa train station, the Children’s Hospital of Eastern Ontario, (CHEO) and The Ottawa Hospital General Campus.