1 day ago 0 4 min read
We use cookies to provide a personalized experience for our users. By continuing to browse this site, you give consent for cookies to be used.
Got it!
Home > Arts & Culture > ‘A Like Vision’: Kleinburg gallery marks 100th anniversary of iconic Group of Seven’s inaugural 1920 exhibition 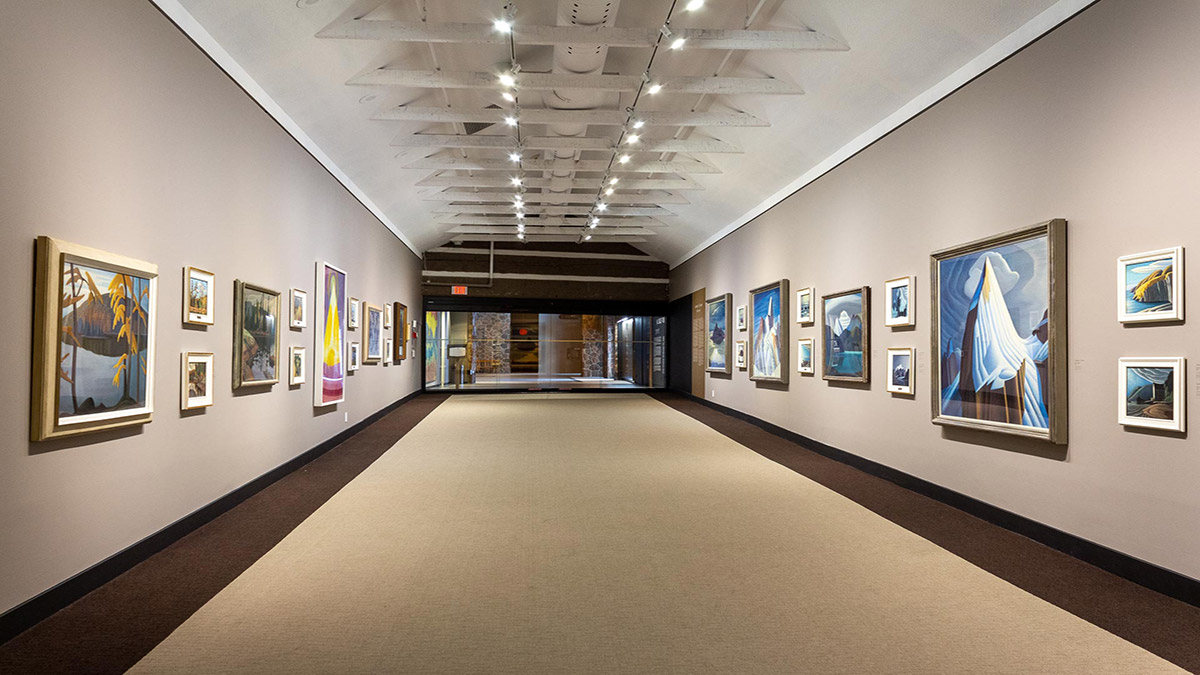 TORONTO — This year marks the 100th anniversary of the first exhibition of paintings by the Group of Seven, Canada’s most famous contribution the art world.

The McMichael Canadian Art Collection in Kleinburg, Ont., which has a major holding of Group of Seven works, is celebrating the centennial of the founding and the group’s legacy.

The artists — J.E.H. MacDonald, Lawren Harris, A.Y. Jackson, Arthur Lismer, F.H. Varley, Frank Johnston and Franklin Carmichael — exhibited together for the first time at the Art Gallery of Toronto (now the Art Gallery of Ontario) in May 1920.

Reactions were fairly positive for that first exhibition, which included landscapes and portraits. The Toronto Daily Star review was headlined: “Seven Painters Show Some Excellent Work.”

By 1922 they had established their signature style. An article from the Toronto Globe observed: “There is no mistaking the work of the members of the Group of Seven. Their self-imposed isolation, their enunciation of their own ideas, such as ‘pattern’ rather than ‘atmosphere’; their frequently heavy technique; their indifference to what is ‘sweet’ or pretty, or conventionally acceptable, mark them out at all times.”

From the beginning, the group set themselves apart from the artistic mainstream.

The Group of Seven artists “created their own engaged, small group, which advocated for the study of the Canadian landscape subject — and that modernism, as a way of thinking about art, be applied to the local environment, ” says Anna Hudson, an art history professor at York University.

“They made an advocacy statement for taking traditions that were forged in Europe and applying them to the Canadian context and encouraging artists to experiment.”

It wasn’t just the style of painting that set the Group apart, it was also the wilderness landscapes they painted. They packed up specially designed painting-boxes, which allowed paint sketches to dry while travelling, and set out for places that were difficult to reach.

“A lot of the countryside was still completely inaccessible,” said Ian Dejardin, executive director of the McMichael, “so to be this kind of explorer-painter required you to have additional skills to do with camping, campfires, canoeing, and generally cavorting around the countryside.”

They would complete oil sketches — small, quickly composed paintings about the size of an iPad — while they were out on trips in the wilderness. The sketches would be used as models for the full-sized paintings meant to be show at exhibitions.

These sketches and the process of painting what was right in front of them is a large part of their legacy in Canadian art. Tom Thomson, who inspired several of the Group of Seven members and would almost certainly have become a member had he not died while canoeing in Algonquin Park in 1917, was a pioneer of this sketching style.

“I really think it was the discovery of these sketches, which were clearly the bulk of what survived from Tom Thomson’s estate … changed the course of Canadian history, because they were so electrifying,” said Dejardin.

The artists’ appreciation of land has influenced generations of Canadians, and it’s a lesson we can continue to take from the group, he added.

“We’re so used to living in cities, and cities are false constructions. It’s an easier environment to live than making it in the woods, but we forget what that relationship to land means,” said Hudson. “As soon as you remember that, or realize that, you’re a lot closer to an Indigenous way of understanding and being in the world. I think that’s very important for human rights reasons, but also the reality of climate change and COVID.”

The McMichael has been connected to the Group of Seven since the gallery’s beginnings. It started as the private collection of Robert and Signe McMichael and has a vast collection of the group’s works.

The anniversary exhibition, called “A Like Vision,” is based on a phrase Harris used to capture the artists’ shared ideals in an essay he wrote about their first exhibition. The McMichael anniversary show includes more than 280 works from the group put together by Dejardin.

It initially opened in January, but when the McMichael was forced to closed due to COVID-19, a virtual tour began being offered three times a week. With restrictions eased, the gallery has reopened to members on Thursdays and the general public Friday to Sunday.

The exhibition runs until next spring.