1 week ago 0 3 min read
We use cookies to provide a personalized experience for our users. By continuing to browse this site, you give consent for cookies to be used.
Got it!
Home > News > Ottawa > Critics decry plan to demolish Alexandra Bridge, push for refurbished — not replaced — Ottawa River crossing 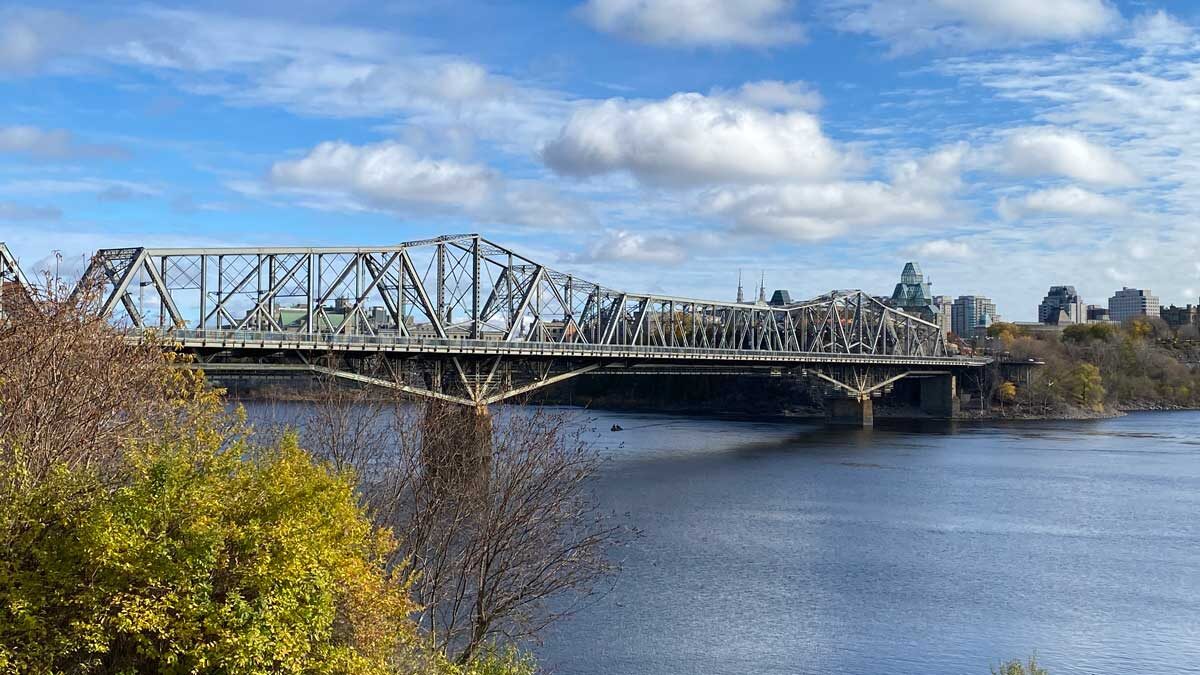 The Alexandra Bridge is scheduled to be replaced within the next 10 years. [Photo © Anyse Lebeau]
Community

The federal minister responsible for major infrastructure projects in the national capital has been directed by Prime Minister Justin Trudeau to replace the Alexandra Bridge — a project strongly opposed by a coalition of heritage, transportation and environmental advocates who argue the historic Ottawa River crossing should be refurbished.

In the Dec. 16 mandate letter sent to Hamilton-area Liberal MP Filomena Tassi, Minister of Public Services and Procurement, Trudeau told her to: “Continue to improve crossings in the National Capital Region, moving forward with Budget 2019 commitments to replace the Alexandra Bridge, addressing the demonstrated need for an additional National Capital Region crossing with the Long-Term Integrated Interprovincial Crossings Plan led by the National Capital Commission (NCC), and investing to rehabilitate and maintain existing crossings, including the Chaudière and Macdonald-Cartier bridges.”

The Royal Alexandra Interprovincial Bridge, which is more than 120 years old, is considered Ottawa’s most picturesque span across the river between Ottawa and Gatineau. The bridge was originally built to accommodate a variety of transportations modes. It is used daily by thousands of cyclists, motorists and pedestrians moving between the two cities.

The bridge is also one of a only a few surviving cantilever truss bridges in North America.

The Alexandra Bridge Coalition wants refurbishment, not demolition. The spokesperson for the group, Jordan Ferraro, told Capital Current before the release of the ministerial mandate letter: “We want to see the data, information and proof regarding the arguments they’re making, not just words.”

The group said the government has failed to provide substantial evidence showing the bridge is beyond repair and unable to be refurbished. In an Oct. 22 media statement released by the coalition, it said proceeding with the demolition project would be against the government’s own regulations and had urged the ministerial mandate letter to direct “the next Minister of Public Services and Procurement Canada to complete all the required due diligence studies and public consultations prior to making the final decision on whether to demolish or rehabilitate the Alexandra Bridge.”

The ABC had also stated: “Before committing to a project that will likely exceed $1 billion of public funds, the government must complete credible analysis of the project’s socioeconomic, transportation planning, cultural and heritage significance, life cycle assessment and environmental impacts.”

“They have failed to provide us with credible analysis of the project’s socioeconomic, transportation planning, cultural and heritage significance,” said Ferraro. “They had to backtrack because they didn’t complete all the necessary steps — including public consultation.”

Tassi has been urged by the coalition to carefully consider the option of refurbishing the bridge.

In an email statement from the Public Service and Procurement Canada prior to the issuing of the ministerial mandate letter, the federal department said a third-party Life Cycle Cost Analysis was conducted in 2018. The analysis highlighted several options, including both maintaining the structure and replacing it. But the analysis said replacing the bridge would be more cost effective and less disruptive, the PSPC stated.

The coalition says it is estimated the demolition of the bridge will cost around $500 million, plus an additional $4 to $5 billion to construct a new bridge.

Refurbishment costs, the coalition argues, would be about $1 million per year.

“The yearly costs of refurbishment don’t even come close to the cost to demolish and rebuild the bridge,” said Ferraro.

The project is still in the pre-planning stages, but PSPC said the bridge is to be replaced within the next 10 years. The planning stage is said to start in 2022, but exact dates have not yet been set.

Ferraro said the coalition would be assessing the situation after the delivery of Tassi’s mandate letter and then decide “on our next steps regarding our approach to the refurbishment of the bridge. The public has the power and should speak up for what they want.”