2 weeks ago 0 9 min read
We use cookies to provide a personalized experience for our users. By continuing to browse this site, you give consent for cookies to be used.
Got it!
Home > News > Altered state: Places of worship cope with reopening during COVID-19 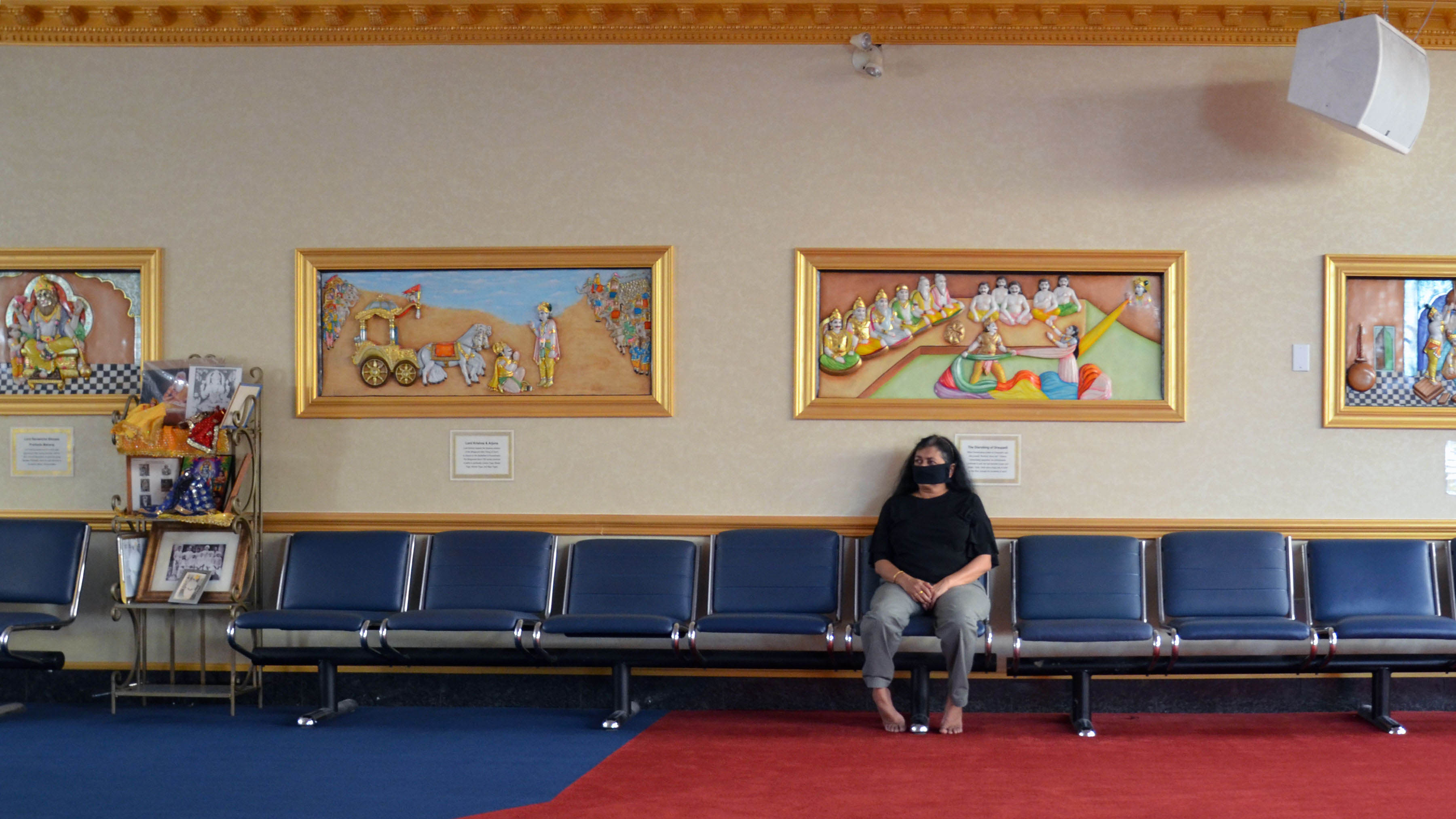 A woman wearing a protective mask sits alone in a Hindu temple. The Ontario government has announced that places of worship are being allowed to reopen to 30 per cent capacity. [Photo © Ananya Vaghela]
Health

Altered state: Places of worship cope with reopening during COVID-19

VAUGHAN, Ont. — As Ontario allows places of worship to reopen at 30-per-cent capacity across the province Friday, religious communities in the Greater Toronto Area are coping with the challenging and changing realities posed by COVID-19.

Premier Doug Ford has outlined plans to permit social gatherings of up to 10 people, along with the restricted reopening of shopping malls, personal care salons, community centres and other businesses in much of the province. Ten regions, including Durham, Peel, Halton, Milton, York, and Toronto, will not move to Stage 2 of the provincial reopening.

“For so many of us, the restrictions around places of worship have been extremely hard,” Ford said at a press conference on Monday.

This week marks the first shift back towards normal for Vishnu Mandir in Richmond Hill. The Hindu temple will allow five people at a time inside during its new, restricted daily hours of operation.

In non-COVID times, 200 people would come through the temple on a standard Sunday, said Avinash Doobay, an administrative employee at the temple.

Doobay said Vishnu Mandir has been outfitted with signs, plexiglass screens, and additional PPE for visitors as part of the restrictions. The temple is also asking visitors to check in with contact information and answer a series of health and safety questions at the door.

For other places of worship, such as the Thornhill Baptist Church, safely opening back up requires more time and organization.

“We’re scrambling trying to figure out how to respond to the government’s decision to allow churches to open this week at 30-per-cent capacity,” Rev. Paul Gibbon said in an email.

The changes in programming

“Houses of worship are very much based on physical participation,” said Rabbi Mendel Kaplan of Chabad Flamingo in Thornhill. “Just about everything I did involved face-to-face interaction with people.”

But for the last three months, none of the usual spiritual activities have been going on.

“It’s the bringing together of many people that makes the service meaningful,” said Kaplan. “We’ve been praying on our own, which is difficult, and there are certain things that electronics can’t do for you.”

The programming for Vishnu Mandir includes large group prayers and food preparation for the community, which have all been halted by the physical distancing rules.

At the City of David Messianic Synagogue in Markham, in-person operations have been largely on hold.

Now the synagogue will be able to hold services again.

Forman said despite the uncertainties caused by COVID-19, people’s faith is sustaining their religious community.

“Even though we’re not together, I can say we have not lost a great deal of momentum,” said Forman. “And nor have we lost financial momentum.”

Kaplan says the new provincial guidelines are letting him be back where he wants to be — in his synagogue.

“There’s no doubt that there will be many who will still be fearful and are concerned and probably won’t be attending services,” he said. ”But there are many who are literally pining for this — waiting for this day and there’s a lot of excitement, a lot of enthusiasm.”

Ford said reopening places of worship is an important next step in getting life back to normal as the province begins its recovery from COVID-19.

“During these uncertain times,” he said earlier this week, “our faith has never been more important.”