1 week ago 0 1 min read
We use cookies to provide a personalized experience for our users. By continuing to browse this site, you give consent for cookies to be used.
Got it!
Home > News > Social Issues > Pandemic rise in domestic violence mirrored in increased animal abuse, warns Ottawa Humane Society 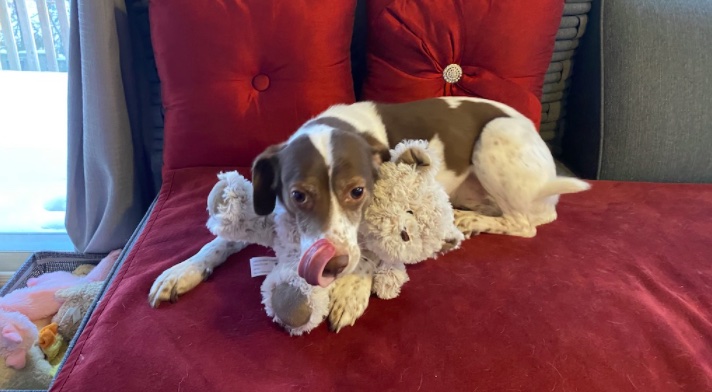 The pandemic has intensified “emotional and financial pressures, isolation and a lack of alternate housing for a lot of people,” the Ottawa Humane Society says, adding these factors have combined to put pets at risk of violence.

In a recent warning issued by OHS president and CEO Bruce Roney, local residents were reminded that “the link between abuse of pets and of humans has been established over the past 25 years. The studies are frightening.”

Citing one study, Roney noted nearly three-quarters of pet owners who escape domestic violence by moving into a shelter “report that their batterer had threatened, injured or killed family pets.”

With the sudden increase of domestic violence linked to the pandemic, more research is being done to explain the link between spousal abuse and animal cruelty.

Threats to harm the animal, give the animal away, physical threats, scaring or intimidation are all ways an abuser might illustrate their power over their partner – and they might use this as a tool to manipulate the partner, said Dr. Rochelle Stevenson, assistant professor at Thompson Rivers University in Kamloops, B.C. and an investigator with the Animal and Interpersonal Abuse Research Group.

The pandemic has increased the cases of domestic violence and has made it exponentially harder for victims to seek help and speak out, said Stevenson.

Fiona Coyle is the owner of Boots, a rescued Brittany Spaniel abused by its previous owner. Coyle said the pandemic has created changes in the circumstances and routines of a lot of animals, because pet owners are spending more time at home.

“She (Boots) was used to a routine – and dogs love routine – and so animals are having to get used to something different and so are adults as well,” Coyle noted.

Humane societies and groups working to protect victims of domestic violence emphasize the need for people to remove themselves from dangerous situations.

“One of the things we’ve been actively looking at, is one of the resources that is widely available across North America – looking at all the different safe pet programs,” said Stevenson.

SafePet Ottawa provides foster homes for the pets of families in crisis because of domestic violence.

When a dangerous situation arises, and a man or woman needs to enter a shelter to escape violence, they might not be able to bring their pets. So safe pet programs offer those animals safe foster homes, said Dayna Desmarais, president and executive director at SafePet Ottawa.

The organization has seen an increase in cases but only when there isn’t a full lockdown, Desmarais noted.

When Ontario has been in full lockdown – as in the early weeks of 2021 – SafePet hears nothing.

“It is crickets out there, it is silent,” said Desmarais. “That is because you cannot plan a safe exit strategy with the shelter if your abuser never leaves the house.”

Some women stay in relationships for years until their pet passes away from old age, or they delay leaving the abuser, because they don’t want to leave their pet in a dangerous situation, said Stevenson.

“That information and the fact that women delay leaving, is more of a reason to have safe pet programs across the country, whatever those might look like,” she added.

Referring to the grim numbers cited by the OHS linking domestic violence to animal abuse Stevenson said: “This statistic absolutely does not shock me. If anything, that statistic is low.”

In 2018, research by Stevenson and her colleagues found that 89 per cent of pet-owning women who faced domestic violence reported animal mistreatment, as well.

The fact that pets are family, too, and that they also need a safe haven is important to factor into safety plans, safety protocols and operating procedures of domestic violence shelters, she said.

Most shelters, said Stevenson, are doing an amazing job to make sure “everybody – you know ‘furry’ or not – are getting out of those dangerous situations safely.”