5 days ago 0 3 min read
We use cookies to provide a personalized experience for our users. By continuing to browse this site, you give consent for cookies to be used.
Got it!
Home > Health > For students learning online at home, sleep disruption caused by screen time is making life even tougher 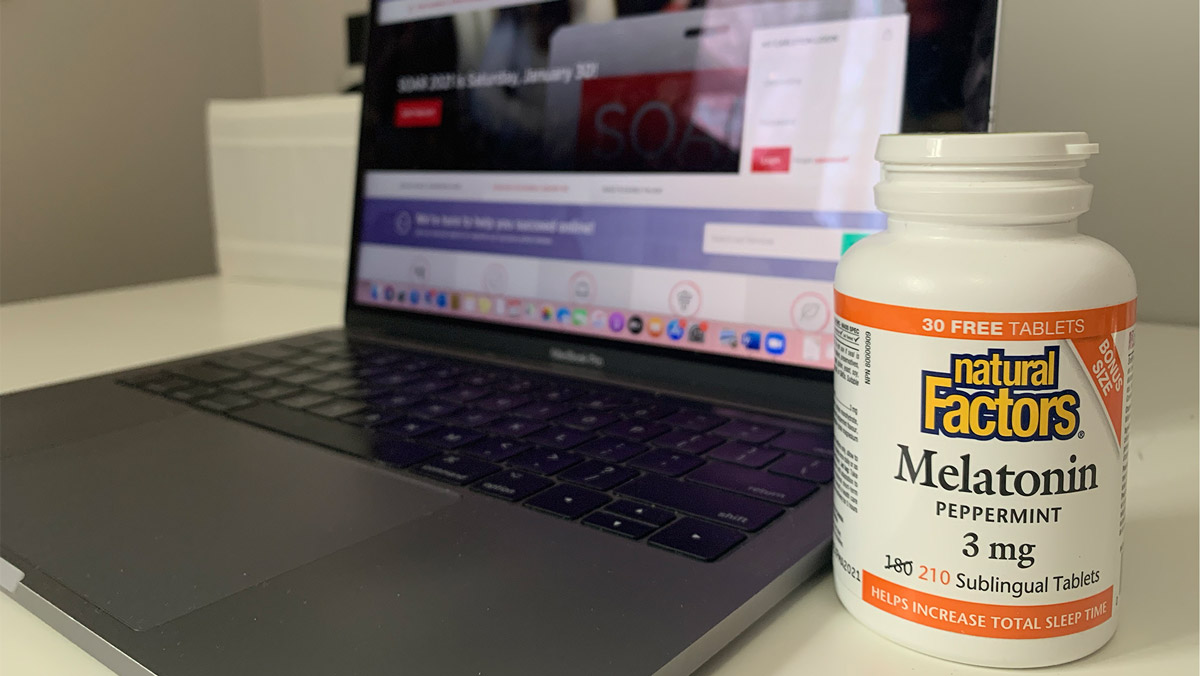 Science suggests that the more time someone spends looking at their screen, the less melatonin their body produces. [Photo © Maya Reid]
Canada

Every day Victoria Jonasson wakes up at a different time hoping to get some schoolwork done before whatever online class she has.

Every night, Jonasson stays up completing papers, small participation assignments, readings or discussion forum entries. Then she tries to sleep. But when her brain is supposed to turn off, she wakes up worried she’s missed something on the course outline.

“I feel like I’m overworking myself to a burnout. … I will just like continuously think about the work and wanting to get it done when I go to sleep, which prevents me from sleeping, which then makes getting up in the morning harder. So, then it just creates a vicious cycle,” said the Queen’s University student.

This has been the new normal for many university students. With the world going virtual, students are spending a lot more time in front of a screen.

This, as Jonasson points out, has been affecting sleep. Stress from school could be to blame, but there may be another offender: the blue light cast by a computer screen.

According to Harvard Health Publishing, blue wavelengths can be beneficial during the day because they can increase attention, moods and reaction time. At night this changes.

A recent experiment by Harvard researchers compared six and a half hours of blue light exposure to six and a half hours of green light exposure at night with the same level of brightness. They found that the blue light suppressed melatonin, which is connected to sleep, for almost twice as long as the green light. There were also negative impacts on the circadian rhythms that regulate sleep-wake cycles.

Hannah Moore, a graduate student in psychology at the University of Stirling in Scotland, says that the more screen time someone has, the more likely they are to have sleep issues.

Scientists and medical professionals have been telling people to turn off their phones or put them down an hour before bedtime every night because of this decrease in melatonin because of the blue light. With life more online during the pandemic, most people may forget to take this hour off from their devices and watch a movie instead.

“Before I go to bed, I’d probably just like watch a movie or something and just try and forget about whatever I was doing during the day. But other than that, I don’t really have any methods of de-stressing,” Michael McGowen, a fourth-year civil engineering student at Carleton University says.

McGowen says he saw the biggest impact of online learning during exams. As in-person exams were moved online, the margin for error became a lot bigger.

“Normally, you get to write out long answers, your equations, your proofs for everything. And then it will go through and mark the entire thing like all your work and everything. That’s a part of how everything’s marked,” McGowen says.

“And now we can only like submit a final answer or answer through multiple choice. Which means if we screw up anywhere along the way, in our calculations, where you don’t get any marks, and it’s super stressful. Because it’s like do or die, basically.”

McGowen says that this exam stress, mixed with increased screen time he has every day made exam season even harder this year.

Many students have found the shift to online school hard on their mental health. They feel a constant need to be working.

Jonasson says that this stress has led to a very inconsistent sleep schedule.

Capital Current recently reported on a study done by the Chicago Children’s Hospital showing that social media use by teenagers has gone up during the pandemic. It reported that 63 per cent of parents said that their kids were using social media now more than ever before.

Social media is what some have used at the end of the day to take their minds off a hard day at work or school but now, more people have been turning to it as a distraction from the actual work that needs to be done.

A break from screen time

Finding a healthy break from your screen is important, studies suggest. Picking up a book, taking up a craft or simply spending an hour doing a home workout are ways people have been disconnecting, even if only for an hour.

Jonasson says taking a walk or cooking with her roommates help her take time off her screen.

“My friend still works [in person] so I normally walk her to work just so I force myself to get out of the house and off my computer.”

This advice is some that experts suggest but it is hard for students to take.

“The advice is that you should turn your screens off an hour before you go to bed. But then some people have issues doing that when the only serotonin boost, you’re getting is from scrolling on TikTok all night. You know, you wonder why you’re getting up in the morning and feeling terrible,” Moore says.