4 days ago 0 6 min read
We use cookies to provide a personalized experience for our users. By continuing to browse this site, you give consent for cookies to be used.
Got it!
Home > Politics > Apathy, fatigue and inequality just some of the reasons for record low voter turnout in Ontario’s election 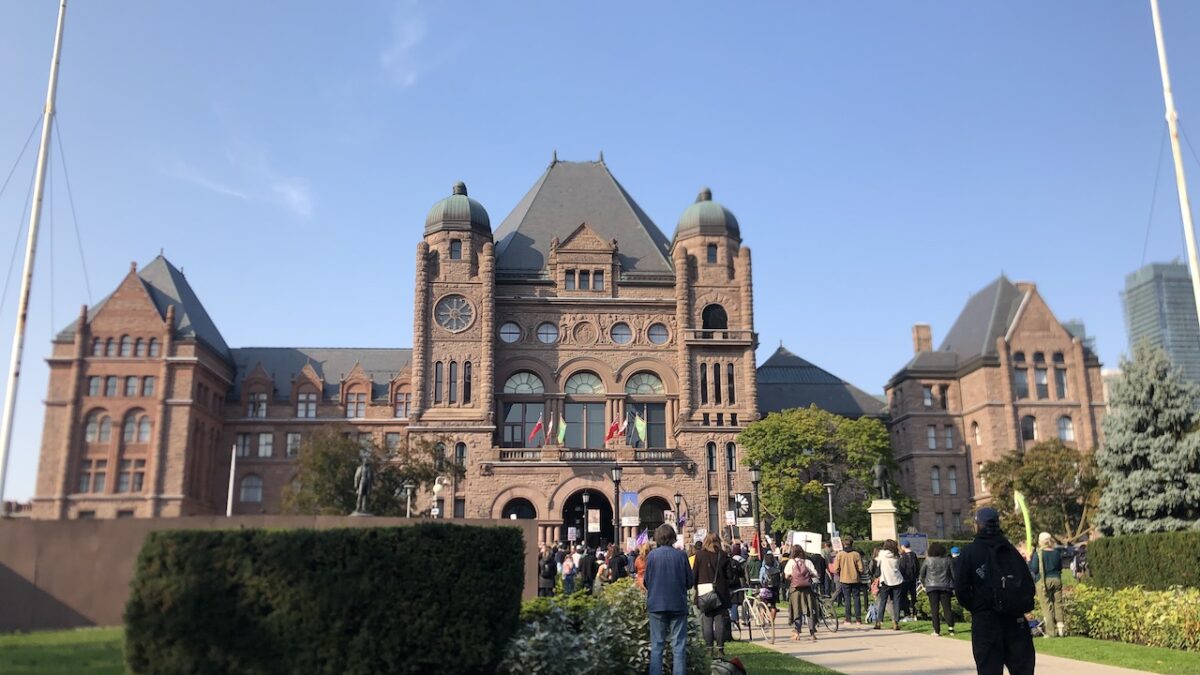 The MPPs returning to Queen's Park after the June 2 election were elected during the lowest voter turnout in Ontario election history. [Photo @ Mason Bugaresti]
Ontario

Apathy, fatigue and inequality just some of the reasons for record low voter turnout in Ontario’s election

June 2 was a significant moment for elections in Ontario. Whether it was disinterest in candidates, distrust in parties or apathy, voter turnout was 43 per cent.

In the 2018 provincial election, turnout was 56 per cent. So, what caused a 13 per cent decrease?

Erin Tolley, an associate professor in the department of political science at Carleton University, says there were likely many reasons.

“Low voter turnout is often a sign that voters couldn’t be bothered either because they are satisfied with the status quo, (or they) don’t think their vote will make a difference anyway,” she adds.

Although individuals may feel that their vote is insignificant in swaying the election in one party or another, this doesn’t account for all of the historic 13 per cent drop in voter turnout between 2018 and 2022.

“Voter turnout is a shared responsibility amongst a number of stakeholders, including candidates, political parties, electoral agencies, media outlets and voters,” she says.

Bryan Evans, a Professor in the Department of Politics and Public Administration at Toronto Metropolitan University, says the factors leading to low voter turnout can be traced back to the 1990s.

“In Ontario, in particular, with voter turnout beginning to decline in the 1990s rather significantly corresponds with a period of rapidly growing inequality, economic inequality,” he says.

As a result, he says, individuals may not feel like they are being supported by the provincial government, which will lead to an inevitable lack of interest and involvement in provincial elections.

“Wherever you look, growing inequality leads to growing dissatisfaction with one’s political system in general and of course one’s participation in elections, in particular,” says Evans.

Although growing inequality is a large factor in the low voter turnout of the recent election, Scott Bennett, a Carleton University public affairs professor who specializes in public opinion and survey research, says there may have been other factors as well.

“One might also say that some people just didn’t think there was enough authentic choice among the major parties,” says Bennett. Authenticity may not have been the only factor in the June election, he added saying that “changes in laws relating to the participation of non-party organizations in election advertising may have also had an effect.”

Bennett also says getting young voters interested and engaged is a factor. This is not only an issue for provincial elections. In the 2021 federal election, only 66 per cent of eligible youths (18-24), voted.

“Older generations often voted out of a sense of embedded duty,” Bennett says. “That is not so much the case with younger generations.”

Similarly, “how does a middle-aged politician look authentic on TikTok or Whatsapp and whatever is around the corner in the next wave of social media development,” he says, pointing to another concern for those seeking office.

All of this could mean political parties will need to reconsider the promises and principles of their campaigns for the next provincial election in four years.

Otherwise, Bennett says, with few options, people will continue to lose faith in the system.

Ādisōke Rising: Ottawa hopes to reinvent the city with its new central library