2 weeks ago 0 1 min read
We use cookies to provide a personalized experience for our users. By continuing to browse this site, you give consent for cookies to be used.
Got it!
Home > News > Police > As thefts surge, police remind cyclists to lock up and upload 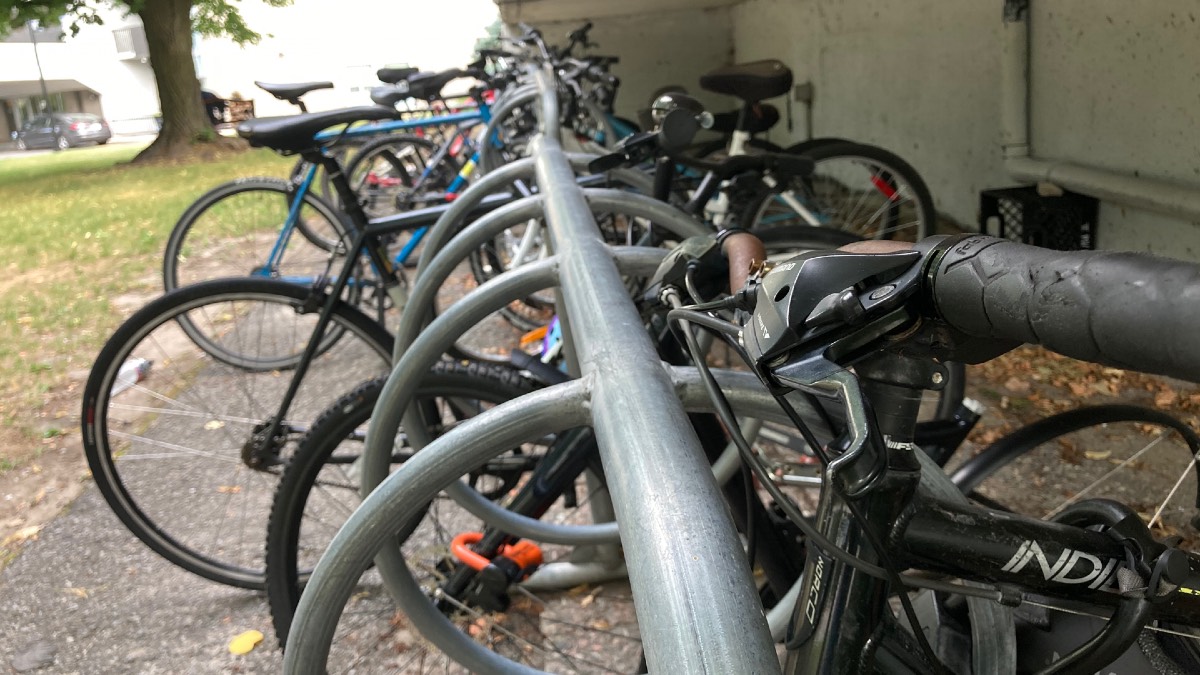 After warning the city's cyclists about a recent spike in bike thefts, Ottawa Police are reminding bicycle owners to store their bikes inside their home or in a locked garage if possible. [Photo @ Bailey Moreton]
News

As thefts surge, police remind cyclists to lock up and upload

With more people cycling during the pandemic for exercise and to avoid crowded public transit, bike theft has also spiked.

According to a recent press release, the Ottawa Police unit that tracks break-and-enter crimes has seen a recent increase in bicycle thefts from sheds, garages and the storage areas of residential buildings.

Most thefts are happening downtown, according to Sgt. Arthur Wong, head of the crime prevention unit.

Wong said statistics hadn’t been compiled to see if the rise in thefts aligned with an increase in the number of cyclists during the pandemic. But at the very least, it’s an interesting coincidence.

Ottawa police had received 83 reports of bike thefts as of the beginning of May, compared to 42 over the same period last year.

Evan Moore had his bike stolen in early July, despite locking it up in what he thought was a secure location.

“It was locked up right beside the apartment parking lot in plain view,” he said in an email. “And the next time I went to go for a bike ride … it wasn’t there. They must have taken the bike lock as well.”

Moore said he emailed the building owners asking for camera footage, but hasn’t heard back from them. He didn’t contact the police because he didn’t think there was anything they could do. Moore added he probably won’t buy a new bike until he finds a new place to live.

Last year, the city began a partnership with 529 Garage, an app service that allows users to register their bike using its serial number and by uploading photos, allowing stolen bikes to be tracked down more easily.

The 529 Garage program is in cities across North America, with more than 4,000 registered in Ottawa, according to Wong. The program helps curtail under-reporting, which is a common problem when it comes to stolen bicycles, he said.

#529Garage, introduced in May 2019, is a one-year pilot project. To date, over 3,600 bikes have been registered; 39 bikes have been reported stolen and 17 have been recovered and returned to the owner. For more information and to register, please visit https://t.co/FIaczSTMsS pic.twitter.com/oBiLU54r7h

“Prior to that, we never had any formalized process,” said Sgt. Wong. “If your bike was stolen, you would report it to the police, and one of the questions that is asked is what’s the bike serial number and most people would not have that information – so people wouldn’t report it after a while.”

In the five years before the city police partnered with 529 Garage, about 1,000 bikes were reported stolen each year, but this only represents a quarter of total thefts, according to Wong.

In 2020, 23 bikes registered with 529 Garage have been stolen and nine have been successfully returned to their owners.

Wong said the program has been well received by the cycling community, and Ottawa Police have partnered with Bike Ottawa and Safer Roads Ottawa to promote the tracking system.

“I was blown away by how much the community was excited about this. We hosted registration events and they would line up from start to finish,” he said. “We had to close down and the lineup was still there. It was embraced by the cycling community.”

Planned registration events have been suspended because of COVID-19, but Wong said police hope to hold an event sometime in August.

In its July 8 press release alerting the community to the surge in thefts, the Ottawa Police offered bicycle owners a checklist of “ways to help keep your bike secure.” The following tips were included in the warning: