4 days ago 0 6 min read
We use cookies to provide a personalized experience for our users. By continuing to browse this site, you give consent for cookies to be used.
Got it!
Home > News > Ottawa > Locally, nationally, Canada’s tourism industry continues to struggle during COVID-19 restrictions 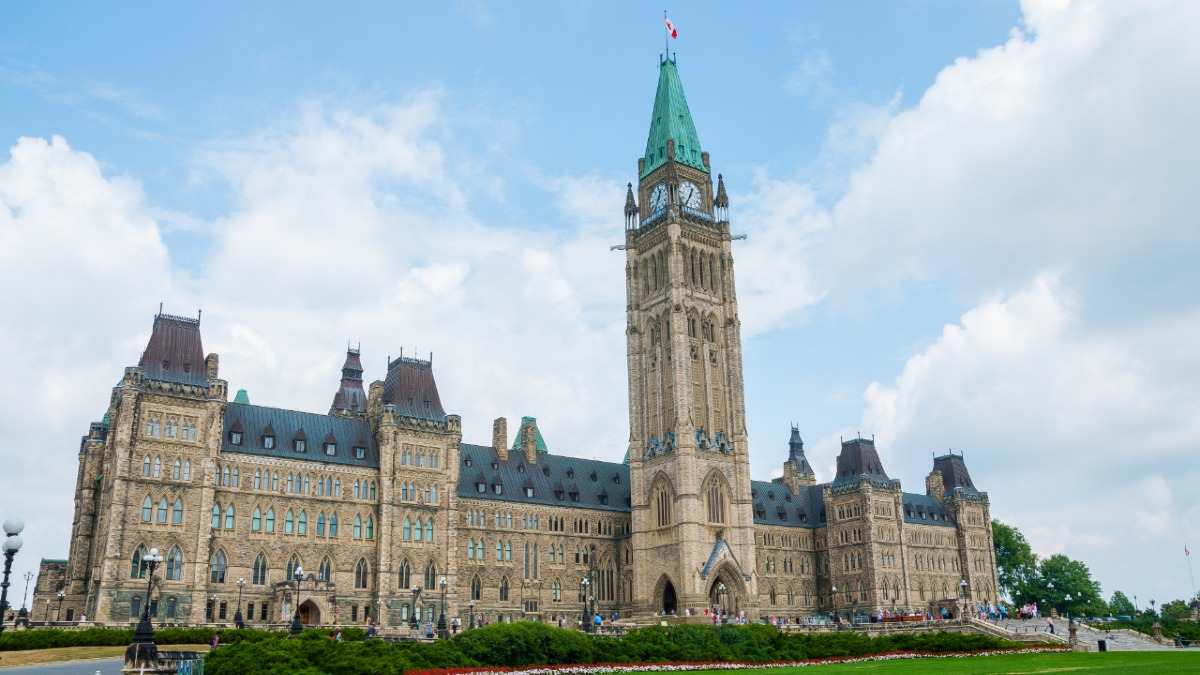 The clock on the Peace Tower will roll back one hour early Sunday morning. [Capital Current file photo]
Business

#MyOttawa Passes are being offered by Ottawa Tourism this summer as a way to help restart the local economy by encouraging people to be a tourist in their own city.

And the stimulus is sorely needed. A statistical overview of the severe impact the pandemic is having on the tourism industry across Canada makes it clear that any measure aimed at supporting the sector — locally, regionally and nationally — is urgently needed.

The passes are free and have been available since June 25 to locals with deals and discounts available at participating businesses across the city.

The list of businesses is constantly growing as the city, now in Stage 3 of reopening from the COVID-19 shutdown, slowly returns to greater levels of permissible consumer activity.

The passport includes discounts at activities and attractions such as the Ottawa Art Gallery and OWL Rafting on the Ottawa River, as well as walking, biking and wine-tasting tours. An assortment of accommodations along with retail establishments and restaurants are taking part.

The “staycation” push comes after tourism businesses across the country have said they are struggling and Statistics Canada is reporting record-breaking decreases in major tourism indicators.

Canada’s international borders have been shut to foreign nationals since March 16, and it will remain closed into August. As well, the Canada-U.S. border for all non-essential travel was closed on March 21 and will remain so until Aug. 21 at the earliest as the Americans struggle to contain the spread of the coronavirus.

With those restrictions, there has been a drastic drop in air travel in the second quarter of this year, according to data released by Statistics Canada last week.

The new data on air travel comes only two weeks after the announcement that the first quarter of 2020 compared to the last quarter of 2019 reported the largest decline on record, which dates back to 1986, for three major tourism indicators, according to Statistics Canada.

Tourism spending in Canada fell 14.2 per cent and tourism gross domestic product decreased by 14.8 per cent. The third key indicator to make records for its dramatic decrease was employment in the tourism industry, which has fallen by 6.5 per cent.

In Ontario, the ministry of Heritage, Sport, Tourism and Culture Industries recorded a drop of about 28 per cent in April 2020 in tourism employment compared to the same month last year.

Statistics Canada credits COVID-19’s impact on food and beverage services and accommodation as the main contributors to the decline in tourism-related employment nationally.

As for spending within Canada, unsurprisingly all major categories recorded a decrease in spending including air travel, accommodation and food and beverage services.

The decrease in domestic tourism spending has been accompanied by a drop in spending by Canadians travelling within the country and by international visitors. The amount Canadians were spending nationally decreased almost 13 per cent in the first quarter. Expenditures by international visitors dropped by a record 18.8 per cent in the first quarter after an increase in the last quarter of 2019.

Data in Ontario indicates that tourism-related businesses in the province are struggling along with those in the rest of the country.

A survey conducted by the Tourism Industry Association of Ontario found that  tourism businesses have been hit hard by the pandemic and are still need support as they progress through the stages of reopening.

The purpose of the survey, released at the end of June, was to assess layoffs, closures as well as reduced hours in order to track the continuous impact of the COVID-19 pandemic on the province’s tourism industry.

More than 24 per cent of tourism-related businesses were unable pay their rent or mortgage and 20 per cent could not cover their utilities, according to the survey. Businesses reported that they were also coping with the persistent risk of bankruptcy and more layoffs, with 45 per cent of businesses facing the likelihood of further staff reductions.

The added costs of new measures to prevent the spread of COVID-19 is also weighing on the industry, with just over 40 per cent of tourism-related businesses reporting they need grants to buy personal protective equipment and to upgrade infrastructure in accordance with new measures.

The Conference Board of Canada also reported that things are not likely to change soon.

Canadians’ intentions to travel have dramatically declined compared to last summer, the Conference Board of Canada reported in its Travel Exclusive published at the end of May.

“The declines in travel intentions may have been expected, but they are still sobering,” the report states.

The number of Canadians who are planning an overnight trip this summer or early fall has gone down significantly to about 46 per cent this year from almost 80 per cent at the same time last year.

The proportion of Canadians who are unsure about traveling has also greatly increased to more than 50 per cent from about 20 per cent the previous year, the report states.

The decrease in the number of Canadians travelling can also be seen provincially as Ontario’s tourism ministry reported hotel occupancy had dropped by 50 percentage points this April compared to the same month last year.

The Conference Board of Canada report said this could be the new normal for some time.

In a presentation of two surveys it conducted in March and April, respectively, the board predicted that it’s highly unlikely for travel to return to a pre-COVID normal in the near future. Its expectation was that domestic travel would largely normalize by April of next year while international travel is likely to see lower than normal levels until December 2021.

This is an extended version of a segment on the Capital Current Instagram page.

As thefts surge, police remind cyclists to lock up and upload

Comic relief: Local comedians happy to be back with live performances under Ontario's Stage 3 reopening