4 weeks ago 0 61 min read
We use cookies to provide a personalized experience for our users. By continuing to browse this site, you give consent for cookies to be used.
Got it!
Home > Business > Technology > Augmenting our reality: Ottawa ARt City is virtually painting the town 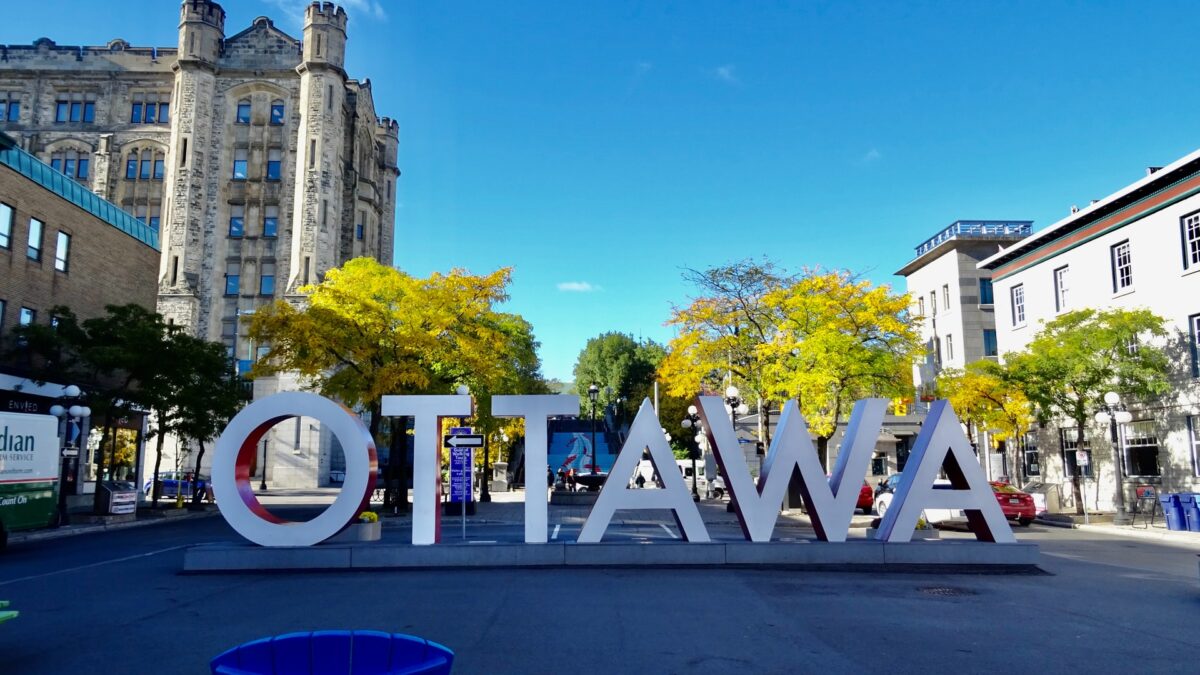 This summer, a new type of festival has landed in the streets of downtown Ottawa to virtually engage in the city's arts and culture [Photo courtesy of Unsplash]
Arts & Culture

This summer, a new type of festival has landed in downtown Ottawa; one that exists digitally, not physically.

Ottawa ARt City is an augmented reality art festival that is accessed through a locally designed iOS app called Hidelight. The app allows users to physically explore and visit a library of virtual art exhibits scattered around the city, created by various local art institutes from Ottawa.

App designer and artist, Paul Sharp, offers an original take on the use of technology for civic engagement with arts and culture during a time where mass social gatherings are discouraged.

When users load the Hidelight app, they will be presented with a map marked with local exhibits to be visited. Once within range of an art piece, users can use their camera to view the exhibit superimposed over the physical scene in front of them.

Users are also able to learn more about the virtual art pieces which have been submitted by the Ottawa School of Art, Ottawa Public Art, and the Ottawa Art Gallery.

Ottawa ARt City also encourages the contribution of local citizens by allowing them to upload their own content into Hidelight’s augmented reality. Users can add their own video, audio, and 3D models into virtual exhibit space to be explored by other visitors.

“Your phone is your ticket for this safe and futuristic festival,” writes Sharp on the Ottawa ARt City website.

What is augmented reality?

Augmented reality (AR) is an interactive experience of a real-world environment where objects that reside in the real world are enhanced by digital information.

This technology is being used with Ottawa ARt City to virtually display art pieces at specific locations.

This merging of real and virtual worlds is often called mixed reality, an environment where physical and digital objects co-exist and interact in real-time.

Hidelight uses the user’s mobile device camera to overlay a digital reality over their physical setting. Virtual objects remain spatially proportional and present in augmented reality as users move around in their environment.

Virtual spaces and events have been growing in popularity during the COVID-19 pandemic, but often lack spatial presence and compelling interactivity when being viewed from behind a screen. AR offers some solutions to these challenges in a time where physical spaces are not accessible to everyone.

Back in 2016, Niantic’s Pokemon Go took the world by storm, essentially overlaying a fantasy world over daily physical reality to create a gamified scavenger hunt for virtual assets. This fictional-reality approach to AR is but a single example of how physical and digital worlds can be merged to bring communities together in their local space.

With ever-present innovation in software and hardware, new possibilities for entrepreneurs and artists alike are on the rise. While many tech giants like Google, Microsoft, and Apple are designing their own interfaces for interacting with mixed realities, Hidelight showcases a local artistic integration of the same technological fundamentals.

While the festival officially ran from July 10 to 18, the exhibits remain accessible through the Hidelight app on iOS devices. If you’re looking for a way to safely engage with local arts and culture while also getting a preview of the next wave of tech, Ottawa ARt City is a summer bucket list must.