1 week ago 0 1 min read
We use cookies to provide a personalized experience for our users. By continuing to browse this site, you give consent for cookies to be used.
Got it!
Home > Social Justice > “Be Somewhere Else”: Lush Cosmetics has decided to leave four major social media platforms 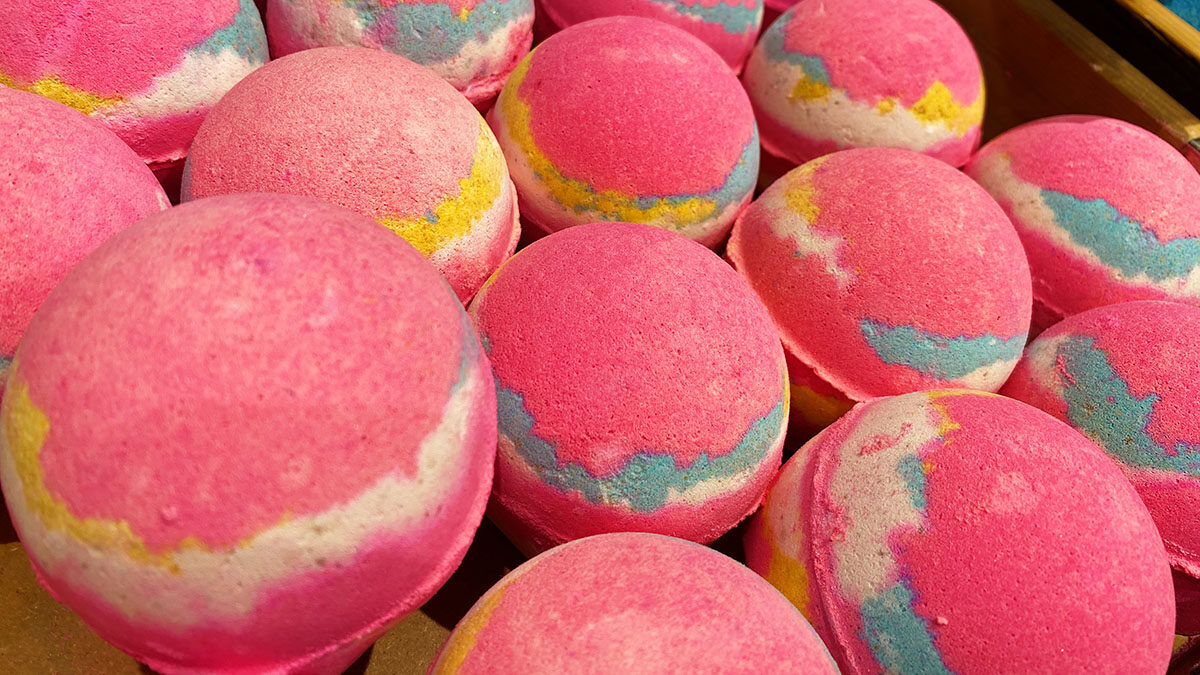 The cosmetics and wellness company, Lush, which sells such products as these bath bombs, is pulling its brand from four social media platforms. [Photo © Nicole Beswitherick]
Consumers

Lush Cosmetics has taken a step back from four different social media platforms over concerns about personal security online.

The company says it will leave Instagram, Facebook, TikTok and Snapchat in all 48 countries where it operates. This includes Canada and the United States. Lush has stores in the Rideau Centre and St. Laurent Shopping Centre in Ottawa.

Lush is doing this because its media policy is to only use platforms that do and try their best to protect users from harassment, harm and manipulation.

“There is mounting evidence indicating that social media has a negative impact on users’ mental health,” the company said.

Lush says it is leaving the four platforms until they provide a safer environment for users.

The company’s posts on Instagram have now been deleted leaving behind the statement “be somewhere else.”

Brandi Halls, chief ethics officer for Lush in North America, told Capital Current that the company hopes this will be a short-term strategy and Lush can return to safer spaces to re-engage its fans.

“The final straw for us came in 2021 when the Facebook Files and numerous whistleblower accounts from ex-Facebook employees exposed internal research papers,” Halls said, “proving Facebook knew about the very real harms being caused on their platform but chose not to act.”

Halls said the company was not comfortable being present on apps and media platforms that had taken part in this.

“As a brand that puts the wellbeing of our staff and customers at the core of what we do, engaging on these platforms no longer aligned with who we are and where we should be.”

Some consumers, such as Faith Anthony, think this may have negative consequences for the brand.

“I agree with their motives, I just think it’s bad for their brand,” Anthony said.

“They’re not even a brand I even hear mention of anymore,” Anthony said. “Now they’re removing themselves from the social media game and could be shortening their relevance by doing so.”

Anthony also stated she believes there could be better ways for Lush to make social media a better and safer space for users. She suggests turning off comments so users on its page will not be harassed.

Halls said leaving the four major social media channels has forced Lush to get creative and find new ways to connect with its community.

Some of these new ways Lush is branching out are by trying to build relationships with its audiences through podcasting, in-person brand experiences, and new concept stores. Lush has also recently released a wellness app called Bathe.

Bathe is “an app designed to maximize the ultimate self-care moments”.

Halls said Lush recognizes it is not enough for other companies to just stop placing paid advertising. She mentioned that people and their time are the currency of these channels and Lush does not want its content to be used by hidden algorithms designed to hold people captive on a channel.

“Our hope is that these social media companies will do the right thing and make their platforms safe for everyone,” said Halls.