2 weeks ago 0 1 min read
We use cookies to provide a personalized experience for our users. By continuing to browse this site, you give consent for cookies to be used.
Got it!
Home > News > Police > Police dismantle cross-border gun and drug trafficking network in southern Ontario 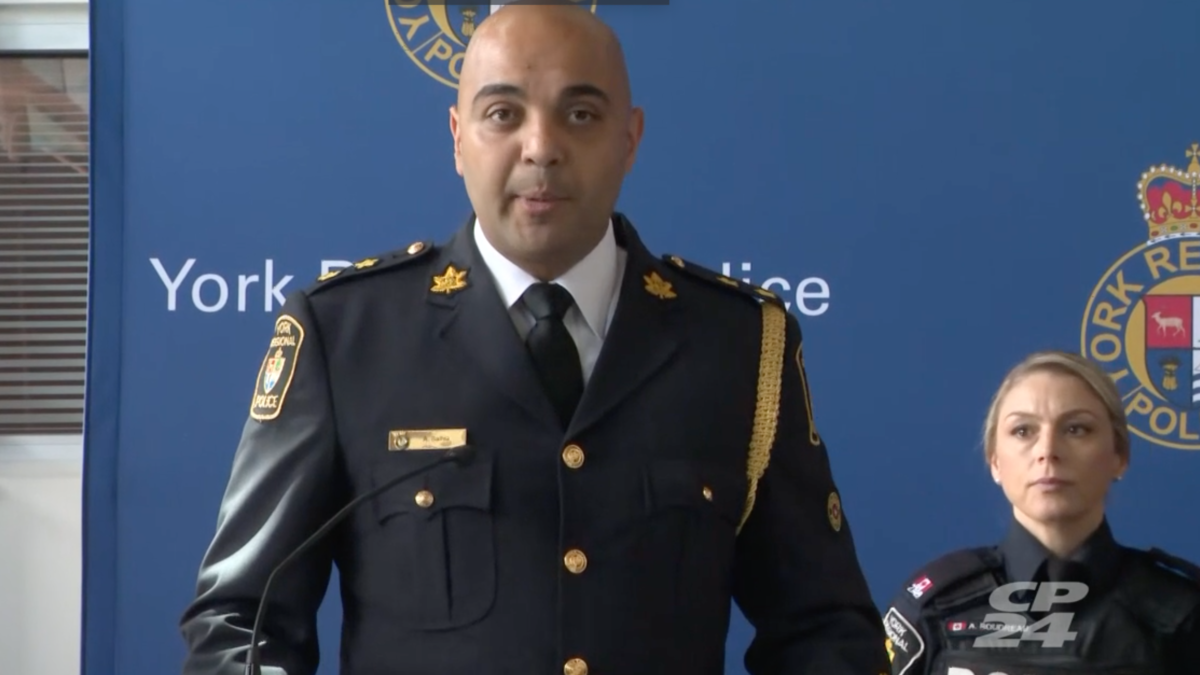 A criminal network responsible for smuggling large amounts of drugs and guns from the United States into Canada has been dismantled in a 10-month investigation dubbed “Project Monarch”.

York Regional Police said the joint-force operation started in this past October when they began investigating an individual they believed was involved in trafficking controlled substances. Soon, suspects in the London and Brampton areas were identified to be part of a network dealing with guns, cocaine and fentanyl.

Twenty-two people now face more than 400 charges, stemming from the investigation in which police seized 27 handguns, 17 prohibited magazines, more than 300 rounds of ammunition, nine kilograms of cocaine, 1.5 kilograms of fentanyl, more than 20,000 Xanax pills, 28 grams of heroin and 41.5 pounds of cannabis.

The street value of the drugs is more than $1.3 million.

“Investigators believe that some of the illegal firearms were brought through Walpole Island First Nation on the border of Ontario and Port Huron, Michigan,” said Insp. Ahmad Salhia of the Organized Crime and Intelligence Services with York Regional Police.

In addition to voicing frustrations about the effects the criminal organization had on his community, Sampson pleaded with the federal and provincial governments for adequate services and funding for the First Ntion’s police service.

The Indigenous police service “is terribly underfunded. We only have nine to 11 staff patrolling the border, an international border,” Sampson said.

More equipment and personnel are needed to protect the border, Sampson said. This will be essential when working with fellow police organizations and contributing when necessary during large-scale projects, he explained.

“We need the assistance, and we need it now,” he said.

A full list of the charges can be found here. Although Project Monarch has ended, police said the investigation is on-going. Anyone with information call Crime Stoppers at 1-800-222-tips, or leave an anonymous tip online at www.1800222tips.com.