1 week ago 0 1 min read
We use cookies to provide a personalized experience for our users. By continuing to browse this site, you give consent for cookies to be used.
Got it!
Home > Transportation > Ontario throne speech addresses stresses in health care, workforce, housing and transit 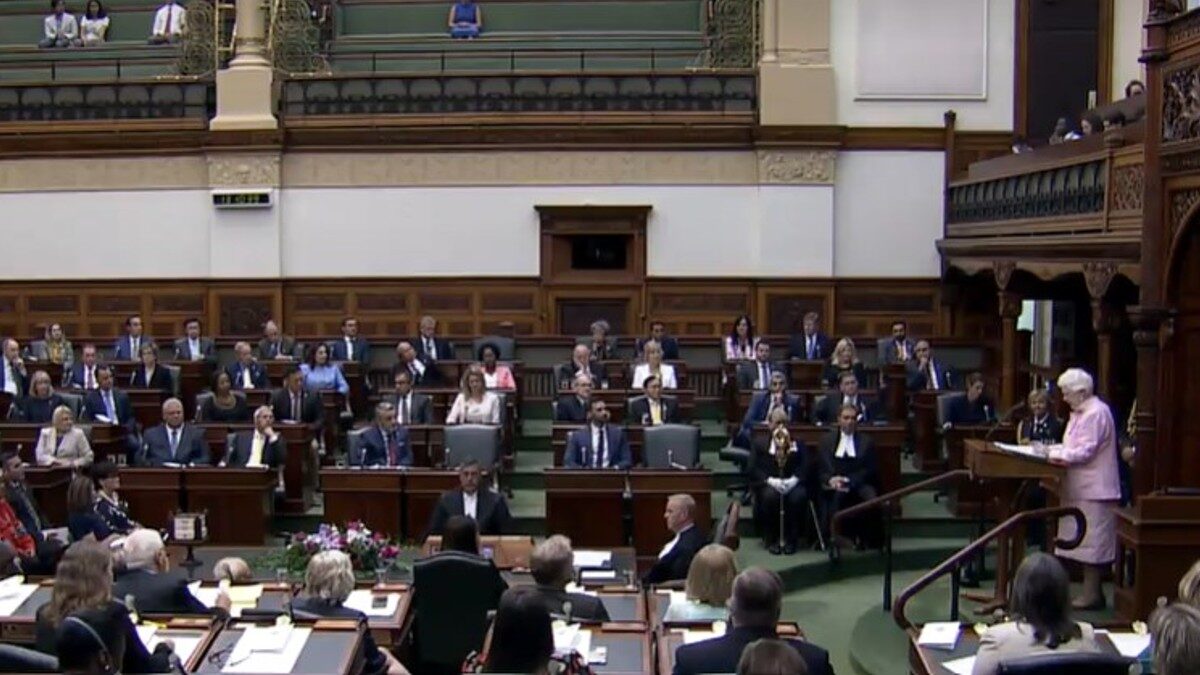 The Ford government is promising to invest in health care, jobs, transit, housing and the economy.

On Tuesday afternoon, Ontario’s Lt.-Gov. Elizabeth Dowdeswell delivered the Speech from the Throne which outlined the Progressive Conservative government’s plans for the next term.

Immediately after the speech concluded, Finance Minister Peter Bethlenfalvy reintroduced the 2022 provincial budget – first tabled in the spring before the June election.

The speech said “more can still be done” to support hospitals that have seen closed emergency rooms, staff shortages and an “exhausted workforce.” As the speech is a general statement of plans the government did not offer solutions to the health care emergency.

“Your government is actively engaging with health-system partners to identify urgent, actionable solutions and will implement whatever measures are needed to help ease immediate pressures, while also ensuring the province is ready to stay open during any winter surge,” the speech said.

The Ottawa area is dealing with closing emergency rooms, most recently in Carleton Place and at the Monfort Hospital which closed for two 12-hour overnight periods last weekend.

“While COVID-19 remains with us today, Ontario has the tools to manage the virus and live with current variants for the long term, without returning to lockdowns.”

“The human resource challenges we face at this time are not unique to Montfort, but our unique character makes the situation very complex, as our staff must be qualified and bilingual,” the hospital said in a statement as it reopened Monday.

The Ford government also said there will be no more lockdowns to combat COVID-19 waves.

“While COVID-19 remains with us today, Ontario has the tools to manage the virus and live with current variants for the long term, without returning to lockdowns.”

The speech cited the new pediatric vaccine for young children, at-home anti-viral medications to keep at-risk Ontarians out of hospitals and the expectation for Health Canada to approve a booster dose targeting the Omicron variants.

“Businesses of all sizes are struggling to find the skilled women and men they need to grow, or the parts they need to take on more orders,” the speech said. “Amidst this scarcity, the rising cost of labour and supplies may in turn increase the cost of goods being sold to consumers.”

The Progressive Conservative government plans to lower taxes and make a $1 billion investment to attract skilled trade workers, according to the speech.

The skilled trades strategy aims to reduce the stigma around the trades for women and young adults while increasing training opportunities, the speech said.

Ontario is urging the federal government to double the number of skilled workers allowed to immigrate to the province to 18,000. These newcomers would be nominated through the Ontario Immigrant Nominee Program.

Ontario has 370,000 unfilled jobs, according to the speech.

The Ford government is investing $86.6 billion into building and widening roads, highways and transit across the province.

“As part of its historic investment, your government is also building the next generation of transit infrastructure, including the largest subway expansion in Canadian history with the all-new Ontario Line subway (in Toronto),” the speech said.

The speech did not mention funding for the O-Train’s stage three expansion, which would bring light rail west to Kanata and Stittsville and south to Barrhaven.

The speech did mention the plan to give the mayors of Ottawa and Toronto more power.

The strong-mayor system is expected to help mayors work more effectively with Ontario to speed up timelines for housing development and “address local barriers to increasing the supply of housing,” Ford said through the speech.

Ontario may also partner with municipalities to build “attainable housing that lowers costs for potential buyers” with surplus provincial lands, said the speech.

The finance minister updated the media after the throne speech about changes to the budget.

This includes increasing income support rates by five per cent for those under the Ontario Disability Support Program, Bethlenfalvy said.

“Beginning in September, the government will increase both the ODSP rate and the Assistance for Children with Severe Disabilities Program maximum monthly amount by five per cent,” the government said. “Future ODSP rates will also be adjusted to inflation.”

ODSP payments are currently $1,169 per month. The five per cent increase is about $58 more in monthly payments. Advocates want the payments to double and five per cent is not enough, according to the Income Security Advocacy Centre.

The government also plans to invest $225 million over two years in direct payments to parents to help students catch up, adding to the provincial tutoring support program. Bethlenfalvy said the government is still figuring out how to allocate the money and how parents can access the support.

Bethlenfalvy also said the government projects a $1.1 billion improvement in the deficit for the 2022-23 fiscal year than in the initial spring budget. The deficit is now projected to be $18.8 billion.

The Ontario legislature is expected to debate and vote on the throne speech on Wednesday.