3 days ago 0 2 min read
We use cookies to provide a personalized experience for our users. By continuing to browse this site, you give consent for cookies to be used.
Got it!
Home > Life > Birds are good for your mental health, study shows 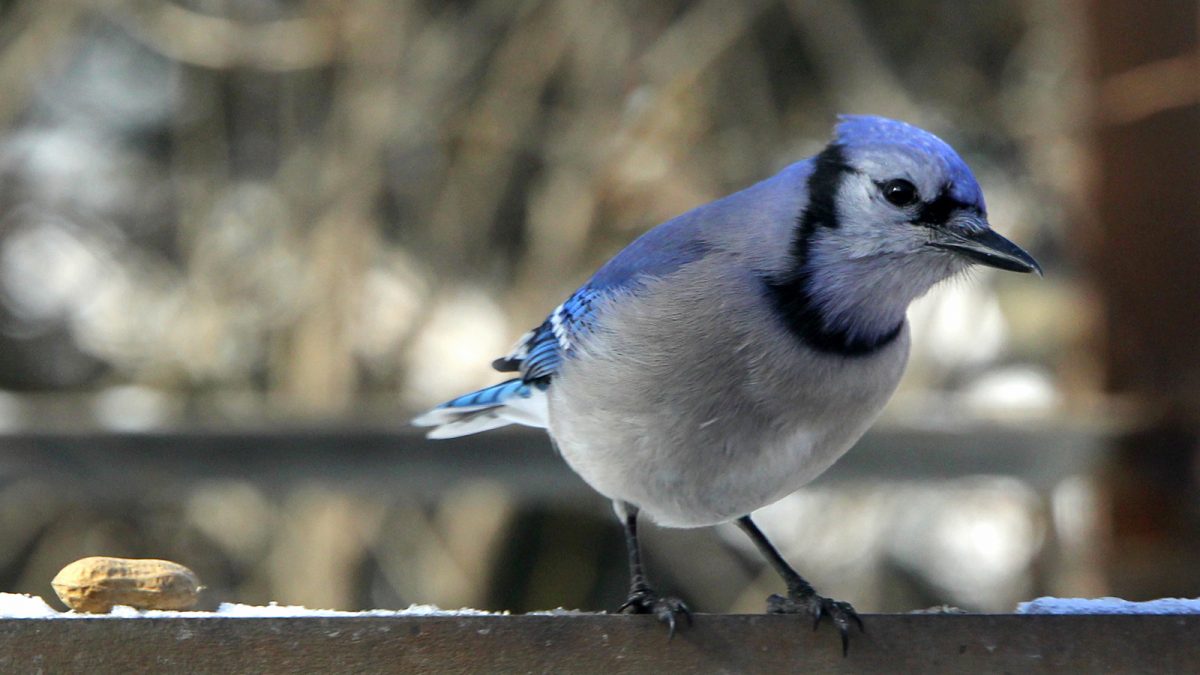 Over 180 species of bird call Ottawa home, including the Blue jay. A Carleton University study shows the presence of birds has a positive influence on people's overall satisfaction with their living environment.
Environment

Birds are good for your mental health, study shows

By inceptionpreauth and Capital Current Staff, 3 years ago 1 3 min read

If you love watching the Blue jays battle over sunflower seeds at your feeder, you aren’t alone.

It turns out that neighbourhoods with more birds are likely to have happier residents, research shows.

A study of more than 100 neighbourhoods in Ottawa indicates that the presence of birds has a positive influence on how satisfied residents are with their environment and their overall happiness.

The research was led by Lauren Hepburn, a Master’s of Science student at Carleton University, and supervised by professors Adam Smith, Lenore Fahrig and Charles Francis. The study asked more than 1,000 residents across the city to explain their general outlook on life. That information placed the respondents on a scale of happiness. The study then asked them a series of questions relating to their level of happiness.

The results showed a correlation between the number and variety of birds in a neighbourhood. The study found residents with the highest level of neighbourhood satisfaction were in locations with a lot of their feathered friends. This finding was independent of income level.

“We found that to be the most interesting result, because at that point, the participants had no idea this was about nature … so that indicates that birds are of somewhat importance to people,” said Hepburn.

Another surprising result, was that homeowners thought neighbourhoods with lots of trees, and that were closer to water, were more satisfying than those with more birds. But the facts on the ground proved the opposite.

Some residents weren’t surprised by that finding. “I would say it’s unsurprising that having more biodiversity and more nature in people’s everyday lives makes them happier,” said Kanata resident, Emily Swerdfager.

Kanata has a higher density of certain bird species than most other areas in Ottawa, but some are unhappy with some aspects of nature:

“There was a lot more green space in my neighbourhood when I was growing up. Deer would even end up in my yard on a regular basis. In recent years, however, the forest areas I grew up playing in have either been completely removed to build schools and houses, or are in the process of being cut down. Now even in the deepest parts of the forests I can still see and hear busy roads and houses and I find that pretty sad,” said Claire Tomala, a resident of Kanata.

Despite the changing environment, birds do not seem to be declining in Ottawa, but different species are replacing others:

“Overall, in cities, you don’t see a decline in species richness (the number of species). When you pave an area, you essentially remove any ability of that area to support life…Paving creates an impervious surface that water can’t get through, and has a very strong relationship with the number of species that that area can support. Downtown, you’re left with a community of birds that are suited to downtown. There are bird species that thrive in urban environments. Robin’s are a good example,” said Prof. Adam Smith, who is also the director of Bird Count Ottawa.

The American Robin has become more common in Ottawa, he said. This may be have been influenced by the change in environment, as farmland has turned to residential areas.

There are 182 different species of bird in Ottawa, according to Ottawa Bird Count’s website.

Supreme Court should explain why it refuses to hear cases, critics say