5 days ago 0 3 min read
We use cookies to provide a personalized experience for our users. By continuing to browse this site, you give consent for cookies to be used.
Got it!
Home > News > Science > Nature’s baby season during COVID-19 leads to rekindled love of wildlife — and a spike in unnecessary ‘rescues’ 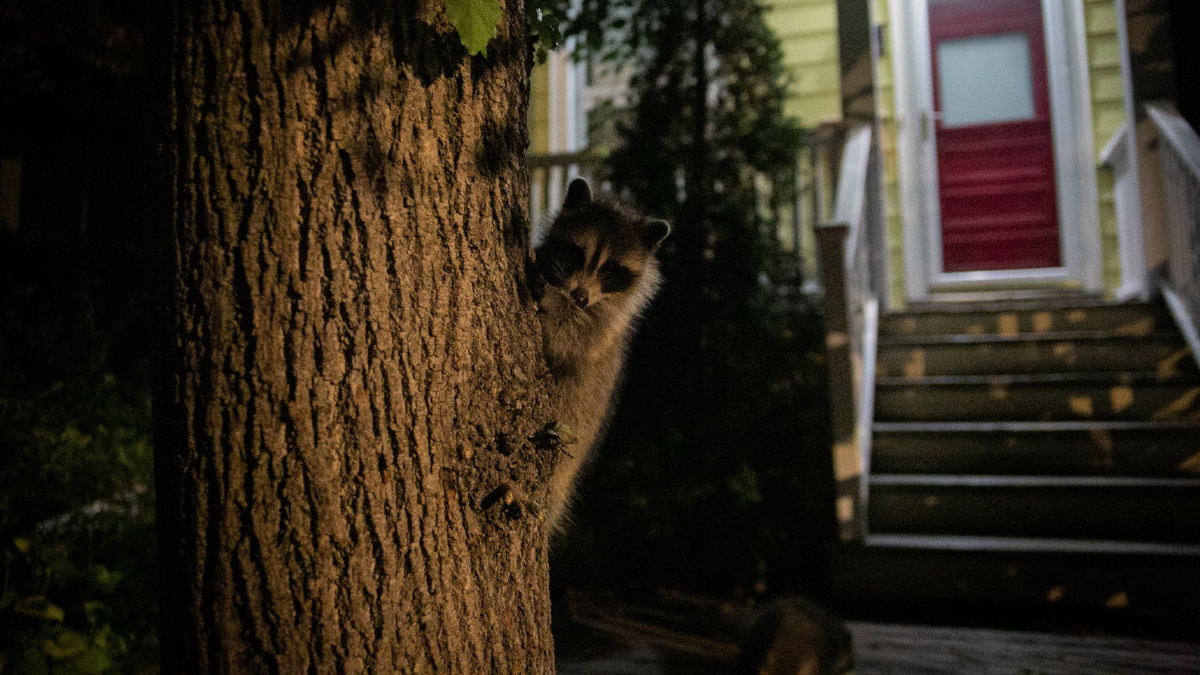 Raccoon mothers and their kits often find their ideal dens in urban spaces, such as under porches or in old sheds. Although generally not aggressive, mothers and kits, like all wildlife, should be given space to avoid feeling threatened. [Photo © Jordan Haworth]
News

By Ananya Vaghela and Jordan Haworth, 2 years ago 5 4 min read

With nature’s ‘baby season’ in full swing across the province, animal experts are sharing their advice for reconnecting with urban wildlife in a COVID-19 world.

And a key message: You should almost always leave creatures alone, even when they might seem to require human help.

As the pandemic continues, people have found themselves spending more time at home and strolling in local green spaces where physical distancing is easier. Sandy Donald, of Ontario Wildlife Rescue, says adhering to the restrictions has people paying more attention to the urban wildlife around them.

“It does appear that because people aren’t running around like they usually do, they are noticing animals that they didn’t notice before,” said Donald. “And it’s not the wildlife that’s changed, it’s just people.”

While it may feel like these animals are suddenly appearing in backyards and pools across the country, their homes were typically here first.

“In many urban areas that were previously wildlife habitat, that land has been converted to suburban areas. So there’s very little habitat left for these species in these areas,” said Dr. Michael Drescher, a conservation professor at the University of Waterloo.

Donald encouraged people to appreciate the animals they see but to resist the urge to directly interact: “Like with deer, if it’s lying down on the grass, the mother put it there,” said Donald. “If you just leave it alone it’s not going to be a problem.”

Wildlife should be enjoyed with caution and from a distance, agreed Drescher.

When it comes to coexisting with Ontario’s urban wildlife species such as raccoons, ducks and other birds, he said it’s important to avoid feeding them and to keep your property clean.

“They’re wild animals,” said Drescher. “People should not confuse them for pets and they should respect them for that.”

According to Drescher, wild animals will usually retreat when people get close and that’s good. “If they don’t, then that might be a sign of trouble.”

Drescher said this might indicate the animal is ill or diseased, or has young nearby. This is why he says keeping a distance from wildlife is the best policy when sharing an urban space.

When encountering aggressive larger animals such as coyotes, it’s best to calmly back away and call city bylaw services. Ottawa Police recommend taking the following precautions when it comes to coyote encounters:

Donald said the main takeaway for coexisting with urban wildlife is to just leave the animals alone, unless you’re absolutely sure they need help.

“If you think (the deer) is orphaned and take it away from where the mother left it, then yes it will be orphaned — then certainly, now we’ve got a problem.”

With baby bird season in full swing in mid-June, the Ottawa Valley Wild Bird Care Centre — located within the Stony Swamp Conservation Area near Bells Corners — is seeing an increase in calls but it isn’t due to an increase in birds needing care.

“At this time of year, we find a lot of people picking up baby birds that are just learning how to fly,” said Patty McLaughlin, a co-ordinator at the centre. “And they’re not necessarily injured and they should be left in the wild, but that’s not happening as much.”

She said people noticing the wildlife around them is the first step in getting them to care more about nature. Learning to coexist with these urban animals will help get people engaged with protecting them and their habitats.

“Now, if we can leave nature be and coexist naturally without interfering with them,” said McLaughlin, “I think we’d all be a little bit happier.”