1 week ago 0 1 min read
We use cookies to provide a personalized experience for our users. By continuing to browse this site, you give consent for cookies to be used.
Got it!
Home > News > Vehicle collisions biggest threat to urban wildlife, say experts, but little roadkill data available to alter course 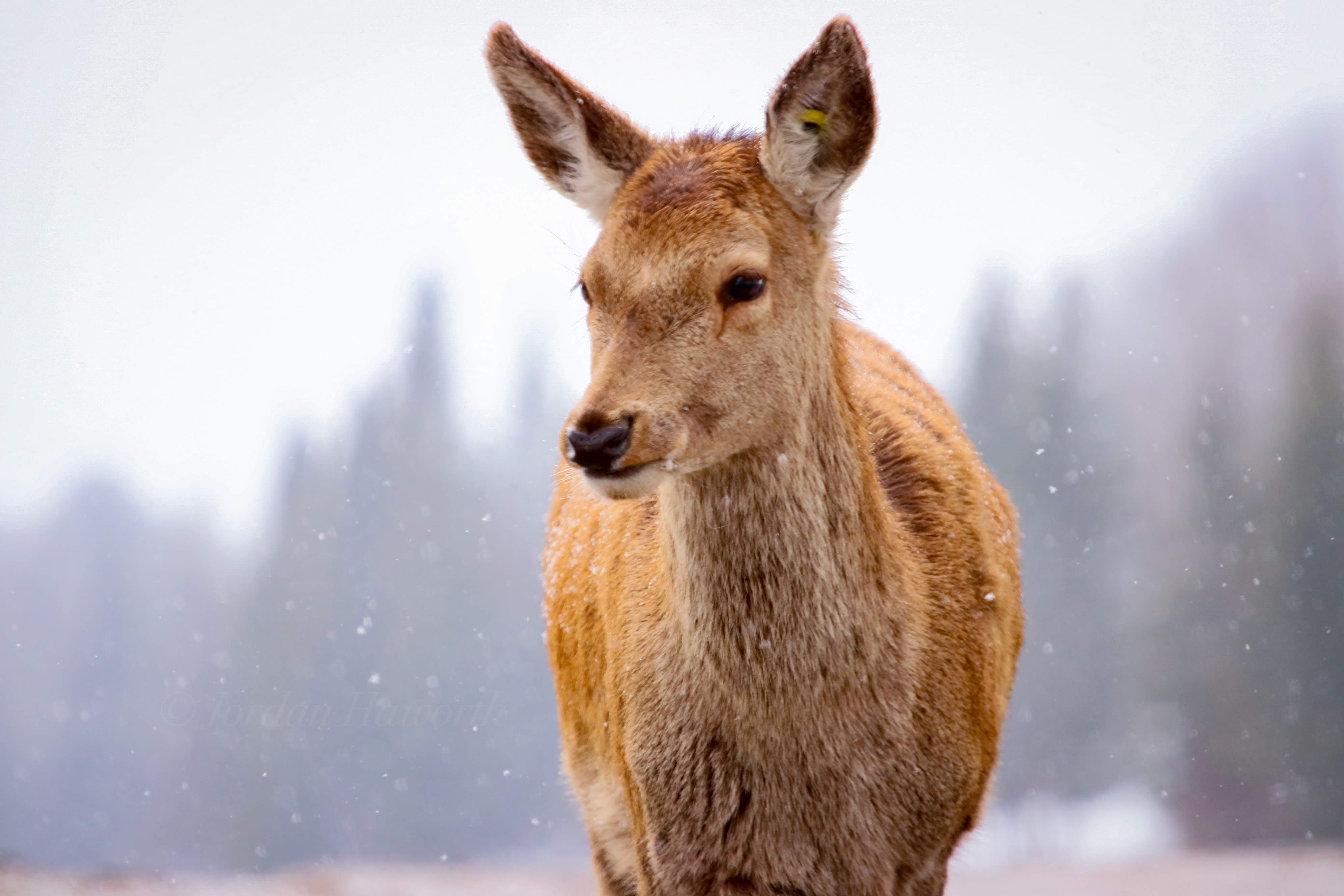 Large animals, such as deer, bear and moose, already face human-made threats such as deforestation and habitat destruction. Vehicles are estimated to kill about six large animals per hour in Canada, according to experts. [Photo © Jordan Haworth]
News

By Ananya Vaghela and Jordan Haworth, 3 years ago 2 4 min read

Vehicle collisions continue to be a major threat to Canadian wildlife, but a leading expert says governments aren’t implementing necessary policies to protect vulnerable animals because of a lack of roadkill data.

Dr. Michael Drescher, a professor of conservation at the University of Waterloo, says there are an estimated 14,000 wildlife collisions each year in Ontario alone. The collisions account for up to 10 per cent of all vehicle accidents in the province.

“And Canada-wide, it’s estimated that several large animals such as bears, wolves, deer — several of them, maybe up to around half a dozen or so — are killed every hour,” said Drescher.

The two major causes for collisions with animals are a lack of attention and excess speed, both of which contribute to delayed reaction times from drivers, said Lewis Smith, national project manager at the Canada Safety Council.

“When we’re talking about animal collisions on the roads, more often than not they tend to occur at dawn and dusk, when visibility isn’t exactly ideal. So we’re already facing that issue when it comes to instant reaction times,” said Smith.

“Now when we’re factoring on top of that, that people are going at speeds that are maybe a bit unreasonable or maybe a bit too fast for the roadway they’re going on, that takes away that much more reaction time. And so always the unthinkable happens: someone’s driving along on a highway, and a moose jumps out of nowhere and there’s not much time to stop.”

Smith said defensive driving mitigates all collisions, but it’s especially useful when it comes to interacting with Canada’s wildlife on the road.

“Defensive driving, in a nutshell, is a motorist approaching situations as if you don’t know what’s going to happen,” said Smith. “It comes down to you driving to make sure that if something that you’re not expecting to happen happens, you’re able to handle it.”

This involves driving at appropriate speeds where you’ll be able to stop if needed, leaving space around your vehicle in case something suddenly encroaches on your space, and keeping a constant scan of the road.

Although the province keeps tabs on wildlife collisions, the numbers aren’t always accurate or even consistent.

This is why it’s hard to say if there have been any substantial changes in roadkill numbers during COVID-19.

“It appears at this stage, (though) we don’t have any actual statistics on it, but we’re getting fewer calls about wild animals getting hit by cars,” said Sandy Donald of Toronto-based Ontario Wildlife Rescue. “It’s not as high as in previous years and the odds are that that’s because some people aren’t driving around as much.”

“Most of what we’ve noticed would be anecdotal,” said Smith, referring to the idea that the pandemic has reduced roadkill carnage. “We don’t have any kind of stats that necessarily back this up yet.”

Gathering good data is necessary to monitor and understand threats facing wildlife, but governments have fallen short of taking action to improve it, experts say.

“The issue, and again it all comes back to the data, is that because we don’t have strong, robust numbers that we can definitely point to and say this is a problem,” said Smith. “The end result is that when it comes to putting it in front of government and saying, ‘We need money, we need the resources to properly build out this infrastructure,’ there’s no data to point to to have them convinced that this is a good idea and worth spending the money.”

Listen: How we got the story – Episode 2