3 days ago 0 1 min read
We use cookies to provide a personalized experience for our users. By continuing to browse this site, you give consent for cookies to be used.
Got it!
Home > News > Ottawa > Box of Life wins $1,000 grant to place two worm compost benches in Little Italy 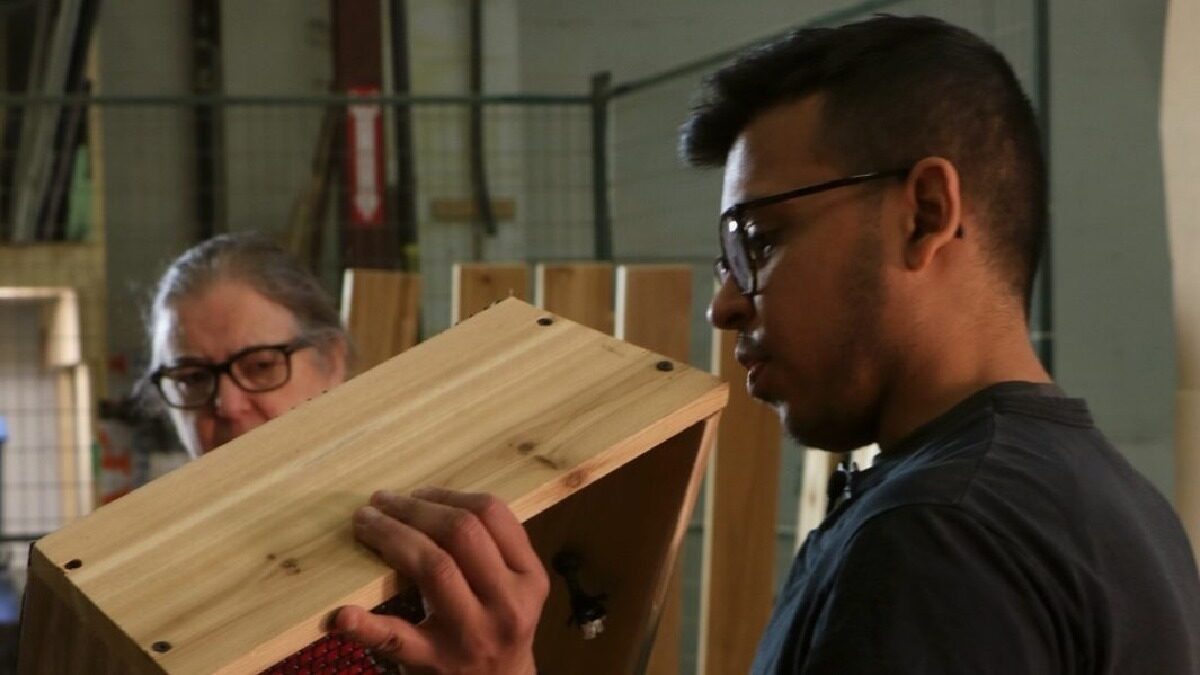 Akil Mesiwala and his vermicomposting business, the Box of Life, was featured by Carleton University's The 25th Hour in March 2020. [Capital Current file photo]
Community

The Ottawa chapter of the Awesome Foundation, a group that awards $1,000 each month to a local business, chose the Bench of Life project led by Akil Mesiwala as July’s recipient.

The Box of Life is an Ottawa-based organization focused on the creation of small compost boxes for personal use. In the announcement posted on the Awesome Project website, Mesiwala explained why he wanted to install the two benches in the neighbourhood.

“I want to help people validate their climate feelings and get their creative juices flowing by showing them an urban solution to our food waste problem,” Mesiwala said.

“The cool part about these benches is that they are also inconspicuous worm farms – a real solution towards a sustainable future,” he said.

“People can come together and have conversations about climate change and think about solutions together.”

Akil Mesiwala, founder of the Box of Life

These benches are called The Bench of Life.  In an explanatory page on the Box of Life website, Mesiwala said they are essentially worm farms. Each bench can compost four to five families’ worth of scraps, and “there won’t be any bugs or smells whatsoever!”

Mesiwala said to compost scraps in the bench, lift the lid and create a suitable environment for composting by putting leaves and wood chips at the bottom. Add your kitchen scraps and spread them evenly, and the worms will do the rest of the work in less than a month, Mesiwala said.

Mesiwala said he will manage both benches in Little Italy, distributing the compost on neighbouring trees.

He said he hopes these benches will start conversations about climate change.

“Climate change is happening and it’s really scary. There are many young people who are anxious about it and this is not great for mental health, nor does it spur any positive action to solving the problem,” he said on his website.

“People can come together and have conversations about climate change and think about solutions together,” Mesiwala told Awesome Ottawa.

“The cool part about these benches is that they are also inconspicuous worm farms – a real solution towards a sustainable future.”

Akil Mesiwala, founder of the Box of Life

Vermicomposting, the type used in The Box of Life projects, uses worms to eat and decompose scraps into nutrients for the soil.

Studies suggest vermicomposting has a higher concentration of nitrogen, phosphorus and potassium than traditional compost, making it a richer fertilizer for plants, according to the Canadian Wildlife Federation.

It can replace synthetic fertilizers, and it has the added benefit of longer water retention, the federation says.

The setup does not take up a lot of space and isn’t supposed to smell when maintained properly, said the Canadian Wildlife Federation. This would be an ideal method for composting kitchen scraps while caring for your plants, it added.

“Vermicomposting is also a great experience for children—they’ll get a thrill handling the worms and a front-row seat to see how waste breaks down and cycle in the natural world,” said the Canadian Wildlife Federation website.