3 days ago 0 1 min read
We use cookies to provide a personalized experience for our users. By continuing to browse this site, you give consent for cookies to be used.
Got it!
Home > News > Science > Breaking down perspiration: Carleton professor spends some sweat equity on a book on a very human function 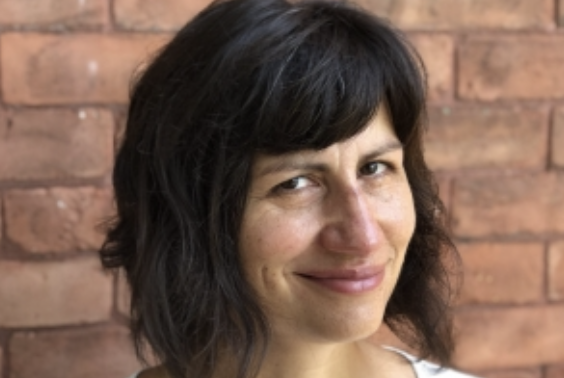 Sarah Everts, science journalist and associate professor of journalism at Carleton University, took on the challenge of changing our perception about sweat in her new book. [Photo courtesy Sarah Everts]
Arts & Culture

Breaking down perspiration: Carleton professor spends some sweat equity on a book on a very human function

While most people aren’t overjoyed at the thought of sweating, Sarah Everts new book “The Joy of Sweat” would have readers rethink their perception of perspiration. The Carleton University professor of journalism spent almost 10 years in heated research. She took part in sweat-dating. She had her armpits sniffed by researchers. The result is a 304-page book that contains almost everything one needs to know about this natural bodily function. It has been published by W.W. Norton this week. Everts, also the CTV chair in digital science journalism, shares what made her write a book on such a slick topic with Capital Current.

Why write a book about sweat?

There’s probably three reasons. I think, like a lot of us, for most of my life I was a little bit worried about sweat, that I might sweat too much or more than average. I also knew, because I’m a science journalist, that sweat is one of the things that makes humans unique in the animal kingdom. It’s one of our superpowers — evolutionary superpowers. So, I thought, I need to use my journalism skills and my chemistry background to dig into the science of sweat — to be curious about perspiration instead of anxious about it.

And then there’s sort of two other things that that happened at the same time. Anytime I travel, I go to a banya or jimjilbang or hamam and check out the local sweating cultures. As I was going to more spas and things like that, I’d noticed all these spurious health claims and, I wanted to do a fact check. So, part of the book is debunking a lot of pseudoscience, health claims and also digging into some of the actual beneficial things to your health that come from sweating.

Last, but not least, one day, I get this press release and the subject line is, you know, new artificial perspiration product, blah, blah, blah. And I’m like, why on earth would there be, you know, synthetic sweat for sale? And really, people buy this? So I needed to dig into that industry. And that ends up being a whole chapter in the book as well.

There’s lots about sweat in the book. What did you find most interesting or amusing?

I think the thing that surprised me the most, as I dug into the science of sweat, is that perspiration is so much more than just salt and water. Literally, anything that’s circulating in your blood can percolate out in your sweat because your sweat glands source sweat from the liquid-y parts of blood. This is both interesting and a little bit alarming. You know, humans are obsessed with measuring things that happen to their bodies. We all have Fitbits and are measuring our heart rates and whatnot. Well, the next stage of this is sweat monitoring. So, people are developing sweat patches that can analyze the chemistry of your sweat.

In your sweat, you can measure any of the drugs you’ve taken, for example. I had my sweat monitored and the chemist figured out that I had had a morning coffee. That’s not a dire secret. But had I spiked that coffee with a shot of vodka, or had I done some other illicit consumption of drugs or just pharmaceuticals, that also comes out in your sweat.

So, for example, athletes might be interested in monitoring, whether they’re doing aerobic or anaerobic exercise, by looking at the lactate in their sweat. Or you can imagine law enforcement being very interested in knowing about what was happening at a crime scene, because a fingerprint is just a sweat print. Chemists are able to pluck from that fingerprint the chemicals and learn something about the person who’s left the fingerprints. If you can analyze something about the person from their fingerprint, perhaps you can track down a culprit.

However, given that most of us leave sweaty fingerprints, or drops of sweat on our yoga mats, or wherever, you can imagine all sorts of worrisome surveillance applications, such as an employer, looking at the fingerprint of an employee’s, left on the desk. What comes out in your sweat is biomarkers of disease. So, you can tell if somebody has some kinds of cancers from their sweat. And so, it’s worrisome to think about all the secrets we’re leaving behind every time we sweat. At the same time, how exciting it is to perhaps be able to learn about your body in real time, as you’re sweating up a storm. So, as with all technologies, there’s exciting applications and dystopian ones.

What’s your next book project?

Well, my next project is to go back to sweating for fun, rather than for work, although it has been a pleasure to do that. But I’m also interested in working on perhaps a larger project on art and artifact science. So, looking at science done on artwork to help authenticate it or restore it.

Ottawa Art Gallery to reopen with plan to ‘build back better’

Pandemic a marathon not a sprint: It's been a long road for fitness professionals