2 weeks ago 0 9 min read
We use cookies to provide a personalized experience for our users. By continuing to browse this site, you give consent for cookies to be used.
Got it!
Home > News > Environment > Canada will never export bulk water to the U.S. — and journalists should stop writing about it 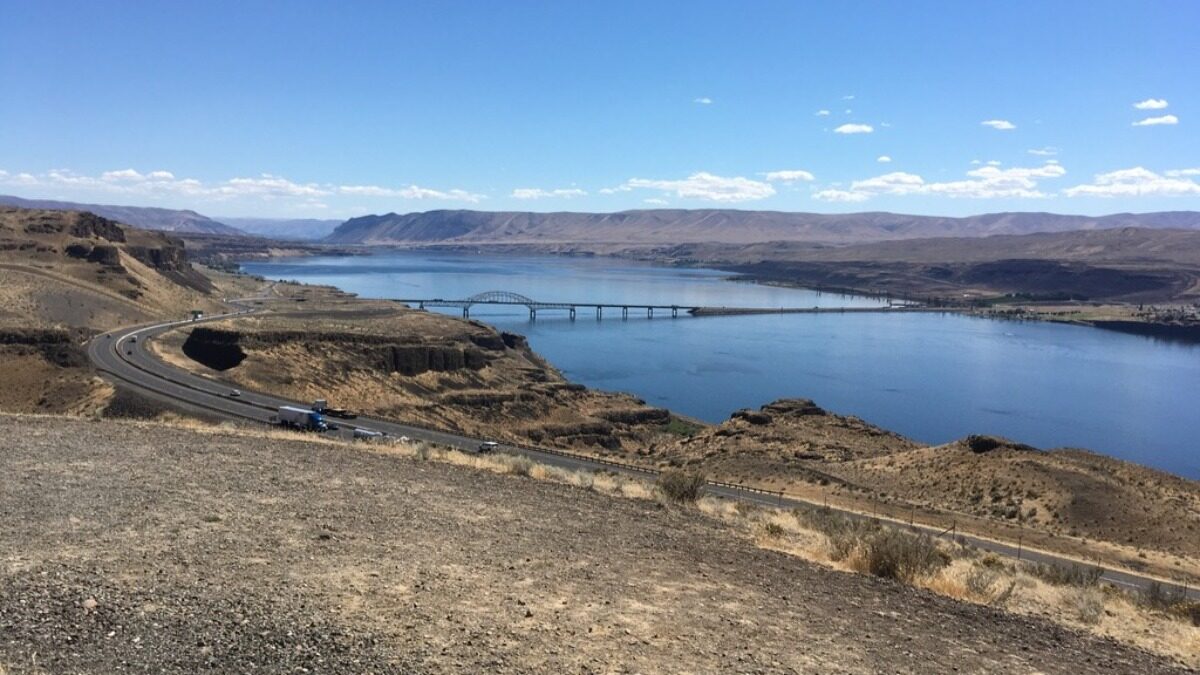 The Columbia River is the longest river shared between Canada and the U.S., flowing from British Columbia to Washington state. The idea of bulk transports of water between the two countries, or piping the resource from north to south, is a perennial topic for new writers in Canada and the U.S., but such water exports will never happen, argues Capital Current's Jonathan Got. [Photo © Jonathan Got]
Canada

This summer, environmental groups and First Nations in Clinton, B.C., a rural village of about 650, opposed a bottling company’s application to take 500,000 litres of water a day from the local aquifer. It was far from the first time that the proposed sale of water has created controversy in Canada.

But it’s usually massive schemes for bulk water exports — which aren’t allowed in Canada — rather than bottled-water businesses like the one in B.C. that grab headlines.

Maclean’s published high-profiles articles on the bulk-water scare in 1999 and 2000 when an Ontario businessman applied to ship water from Lake Superior to Asia.

In 2001, then-president George Bush floated the idea of pumping water from Canada to the parched American southwest through an unused natural gas pipeline. Never mind that then-prime minister Jean Chrétien promptly shot down the proposal; the media lapped it up anyways.

Two prime ministers later, Stephen Harper talked about developing a water export policy in the 2007 throne speech. Canadian think tanks such as the Montreal Economic Institute fed journalists the data they craved. In 2015, National Post and the CBC published commentaries on the issue as California suffered a drought.

Canada’s news media likes to raise alarms about this perennial issue. But while Clinton’s residents have a legitimate concern about their well water being bottled, Canada’s vast freshwater supplies will not be exported to the U.S. through massive pipes or in mammoth tankers.

It’s been a few years since the issue popped up on the political radar, but the conditions are ripe for the media to dive in to the water-export issue again. They should resist the urge.

The water campaigner of the Council of Canadians, this country’s main advocacy group railing against water exports, says climate change will exacerbate already erratic water cycles in North America. The World Bank predicts that water will become the most sought-after resource by 2025. California is experiencing its second driest year on record. So the idea of transporting massive amounts of water from one place to address shortages in another is sure to pop up again.

But I’m begging fellow journalists: please, stop writing about it.

A 2001 study estimated that piping water to the U.S. would cost up to US$2,445 per acre-foot (an acre-foot measures large flows of water, equivalent to 1.23 million litres of water).

With local water costing only US$70 per acre-foot in California, buying water from Canada would make farms unprofitable. Then, there are laws prohibiting it. In 2013, Canada’s Parliament passed the Transboundary Waters Protection Act. It banned bulk removal of water from waterways shared with the U.S. “including by pipeline, canal, tunnel, aqueduct or channel.”

But piping water to California is moot anyway. In both 2011 and 2017, the state experienced so much rainfall the volume of water it let out to the Pacific Ocean could’ve filled its reservoirs at least twice over.

Still, there’s a hiccup. California’s population has almost doubled since its last major reservoir, New Melones, was expanded in 1979. But its reservoir capacity has only grown by a meagre six per cent. The state’s 10 largest reservoirs were all planned before 1970. What happened?

In 1970, then-president Richard Nixon established the U.S. Environmental Protection Agency, and Ronald Reagan (then California governor) signed the California Environmental Quality Act. This is no coincidence.

Environmental groups are up in arms every time there’s a water project proposal. California tried to raise its largest dam, Shasta, in 2013 and 2018. But a 2019 lawsuit against the plan involving the state attorney general and two environmental groups alleged violations of the California Wild and Scenic Rivers Act, established by — you guessed it — then governor Ronald Reagan in 1972.

If Californians can’t agree to upgrade reservoirs in their state to help solve their intermittent water problems, what makes anyone think that they’ll have the political will to fund and build a giant pipe from Canada?

Short of making the government do anything, the U.S. agriculture industry could choose to save water. California supplies one-fifth of America’s rice. Almonds use up a gallon of water per nut and need three acre-feet of water per acre to grow; rice needs five. Does the state really need to grow rice? Rain-fed farms along the Mississippi, which flood regularly, are much better suited for the job.

The American southwest can solve its water issue domestically. They just need time to get themselves together and overcome ideological differences preventing the implementation of practical solutions.

If we’d learned anything from the 1773 Tea Act — a key trigger of the American Revolution — we’d know that the United States would rather be self-sufficient than reliant on another country for a resource.

And that includes Canada’s water.

So please, my fellow journalists, stop writing about something that’s never, ever going to happen.

The Royal strives for 'hospital without walls' to address mental health issues, substance use — and stigma