2 weeks ago 0 9 min read
We use cookies to provide a personalized experience for our users. By continuing to browse this site, you give consent for cookies to be used.
Got it!
Home > Health > Mental Health > The Royal strives for ‘hospital without walls’ to address mental health issues, substance use — and stigma 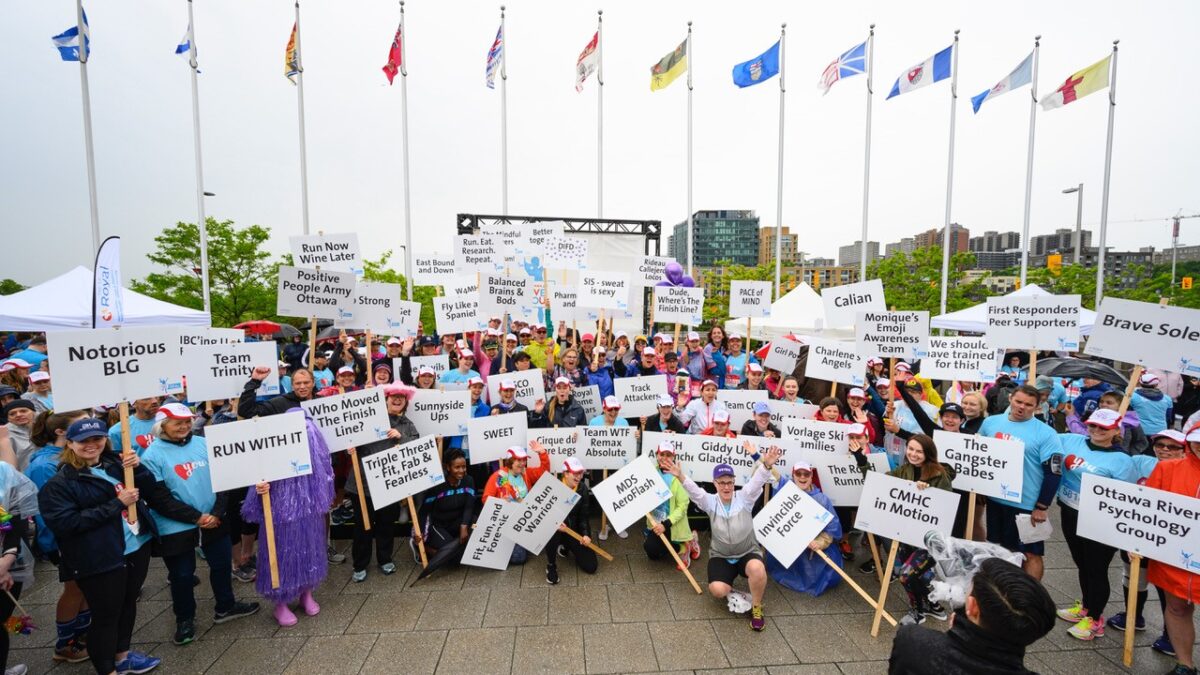 The Royal strives for ‘hospital without walls’ to address mental health issues, substance use — and stigma

Canadians from all walks of life are affected by mental health concerns and the use of substances. And in Ottawa, The Royal is at the forefront of building what its CEO calls a “hospital without walls” to address these challenges — and the stigma — wherever people are.

It’s a mission that makes fundraising crucial to The Royal’s ambitious approach to service delivery.

“The silos of mental illness and substance use ends at The Royal because we believe there should be no boundaries for treatment,” said Joanne Bezzubetz, president and CEO of The Royal, the Carling Avenue facility that’s Ottawa’s primary mental health treatment and research of capital region.

Bezzubetz explained that every year thousands of people in Ottawa and its surrounding region receive services from The Royal without ever entering the complex on Carling. The Royal partners with other mental health experts, health care providers and social service agencies to offer care to people in shelters, long-term care facilities and in their own homes.

“The Royal is there to provide that kind of care,” said Tracey Welsh, community building director for The Royal Ottawa Foundation for Mental Health. “The community mental health component of the Royal is a really integral part. Sometimes people think it’s just this great building on Carling Avenue. But it’s so much more than that.”

One in five Canadians is affected by mental health issues every year, according to the Mental Health Commission of Canada. Susan Farrell, vice-president of patient care services and community mental health at The Royal Ottawa Health Care Group, said that number is rising.

The pandemic is really difficult for everyone. With that, we see both the worsening of people’s mental health as well as the development of new mental health problems, including substance use.

“The pandemic is really difficult for everyone,” she said. “With that, we see both the worsening of people’s mental health as well as the development of new mental health problems, including substance use.”

A Public Health Ontario report found “Ontarians experience a high burden of illness related to mental illness and addictions.” The report concluded that, while effective treatment options are available, only a small portion of the individuals affected receive them.

Welsh said she has seen a sharp increase in demand for mental health services over her 15 years at The Royal. She said the centre does not have the capacity to provide services to everyone needing help.

She said that highlights the importance of raising awareness as well as funds for mental health care and research. And Welsh added she’s hopeful the situation will continue to improve.

The Royal is expanding services to be more accessible and that’s where things like a recent fundraising breakfast are very helpful, said Welsh.

The Royal’s recent 14th annual Leaders for Mental Health Breakfast raised $733,411 and counting in the weeks following the virtual event.

The proceeds from the breakfast are being allocated across multiple mental health services at The Royal, including its Rapid Access Addiction Medicine Clinic and the Prompt Care Clinic.

Alternative ways of accessing mental health supports have been increasingly important in recent years when physically walking-in to a clinic was not an option. Virtual care, provided through videoconferencing or by phone, have also been extended to existing and new patients.

The critical need for services relating to substance use triggered the federal government to open RAAM Clinics nationwide.

The clinics provide immediate walk-in support for people who use substances or have substance use disorder. They adapted to be more accessible by offering the option to check in using “virtual front-doors”

The Royal recognized the limits of technology and specifically for people who may not own a mobile phone or have access to the Internet. The institution now provide phones and data plans — donated by TELUS — to the people who need them.

The Prompt Care Clinic was initially implemented as a response to the increased demand for immediate mental health services during the first wave of the pandemic. It offered virtual short-term care, including assessment, medication and psychotherapy.

“We’re trying to increase the access of our services by being as flexible in the model of service delivery as possible,” said Farrell. “Another one of the barriers is making sure that services are fit for the person and what they need … so that we can meet people where they’re at in their communities and in their stage of recovery or accessing care.”

The Prompt Care Clinic received 1,000 referrals within the first six months of opening.

The Royal recently announced the launch of a version of the Prompt Care Clinic that will include additional in-person services alongside its virtual platform.

A portion of the funding for this project was raised from this year’s Run for Women’s Mental Health. According to Farrell, more than two-thirds of the people who presented themselves at the Prompt Care Clinic were women — a high percentage of whom had never used mental health services before.

“In Ottawa we have a very proud tradition of running for women’s mental health. The run creates an opportunity for a conversation while creating a sense of community,” Farrell stated.

The annual run is the organization’s “biggest fundraiser” used to support services for women at The Royal. This includes the Women’s Mental Health program — a community-based outreach service for hospitals and women’s shelters.

In 10 years, the run has grown from 600 people to 6,000 in 18 cities across Canada. She emphasized the importance of having programs for the specific needs of women and the mental health services they receive.

To date, the Run for Women has raised more than $1.7 million for women’s mental health services. The official date for the 2022 Run for Women’s Mental Health has yet to be determined, but The Royal is already encouraging the community to get involved.

A major focus of The Royal’s fundraising, including the recent breakfast event, is the power of the words used when talking about mental health.

“We still have too much stigma connected to accessing care in our community. I am hopeful that one silver-lining of the increased rates of mental health issues during COVID, may be that the conversation is much more prevalent, and people understand the need to access care,” Farrell said. “I’m hopeful it will reduce stigma.”

Farrell underlined the stigmatizing effect that the words we choose can have on people experiencing mental health issues or illness, including people who use substances or have substance use disorder. The recent breakfast focused on being more intentional in using person-first language.

Person-first language places the focus on the individual rather than the condition.