2 days ago 0 4 min read
We use cookies to provide a personalized experience for our users. By continuing to browse this site, you give consent for cookies to be used.
Got it!
Home > Sports > Carleton Ravens female basketball players inspiring others to step out of men’s shadow 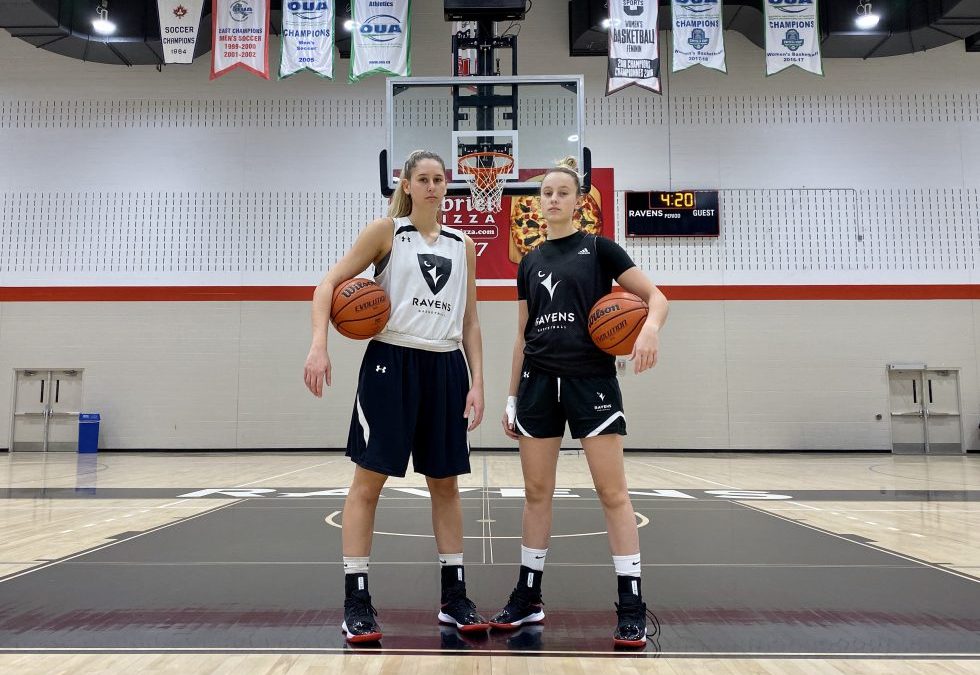 It’s 6 p.m. and the court is loud. The cheering voices and the sound of spoons hitting pots echoes off the maple floors. Players’ shoes squeak as they run, pass and dribble. Ponytails bounce off shoulders as the ball moves from wood to palm.

The fans are energized as the women rush across the court with panache. The bleachers are nearly full in the Raven’s Nest, but at 8 p.m., when the men’s game begins, more fans will trickle in. Those fans won’t know what they have missed.

When the women’s game ends, the players are hustled off the court so the men can begin.

Emma Huff, a second-year guard for the Carleton Ravens, knows this all too well.

“Whether it’s representation on TV or their salaries, the disparity is huge,” Huff said. “I think it’s going to take time to build women’s professional sport up the level of the men’s.”

Women like Huff who play college sports face many well-known obstacles, including less media coverage, lower attendance, and stereotypes about performance. But young university athletes like the Ravens are getting more coverage than ever before and inspiring young female athletes to pursue basketball.

Alyssa Cerino, a fifth-year forward for the team, said that comparing women to men misses the point.

“I don’t know why there’s one type of athleticism,” Cerino said. “I don’t think women and men play the same, but I think that’s what’s nice about the game.”

For an appreciation of women’s basketball to grow, Huff said there needs to be a recognition of the work women put in. She said it starts with an adjustment of expectations of how the women play their game in comparison to the men.

“We’re never going to achieve any kind of equal representation if we keep going with that expectation that isn’t well-informed,” Huff said.

Getting the court side

While an increase in female representation in sport won’t happen overnight, better media coverage of women’s basketball would be a good start.

Marilou St-Pierre, a health science scholar at the University of Ottawa, said that the “sports-media complex” plays a part in how much women’s sports is broadcast.

She says that media coverage affects how women’s sports are received by the public and the lack of coverage creates a lack of understanding of women’s sports.

“If you don’t know these women’s leagues or if you have preconceptions of what women’s sports are, you don’t have an option to see it another way.”

She said that more diverse coverage is part of the solution, since most sports coverage is directed at a male audience.

“If you’re looking at the coverage of sports right now, it’s always the same sports, and it’s men talking about men’s sports,” St-Pierre said. “The viewership is always seen as men, despite the fact that a lot of women watch sports.”

In March 2018, the Ravens women’s basketball team won its first national title. It was also the first year that the long-dominant men’s team took bronze at their tournament.

There was actually more coverage of the men’s heartbreaking loss, leaving the women’s achievement in the shadows. A similar situation happened with coverage of the Capital Hoops game in February of last year.

“The fact that [the men] lost was a shock because they’re very good and it was unexpected,” Cerino said. “But we made history.”

Cerino and Huff say they feel fortunate to have the amount of media promotion they have in their program.

“Someone’s always interviewed after every game. There’s now interviews like this throughout the semester, and even social media [has] helped a lot,” Cerino said.

Huff argues there needs to be more acknowledgment of female success in sports, and that crushing the bias towards female sports needs to begin before athletes reach the university level.

“In [young girls’] minds, they’re not thinking ‘I can really go far in athletics,’” Cerino added. “That was never something I thought about and I’ve been playing sports my whole life.”

The two women have used their platform as varsity athletes to be involved in basketball camps and clinics.

“Younger girls will say things like ‘I can’t play basketball’ and I say, ‘yes, you can, whatever you guys want to do, put your mind to it, practice and you can do whatever you want’,” Huff said.

She said her dad, who played for the uOttawa GeeGees men’s basketball team, used to take her to the women’s games as a child. She admired the female players.

“I think it’s really important that we give [girls] people to look up to,” Huff said. “Take your young teams to basketball games, show them the next level.”

As Cerino enters her fifth year on the team, she said she hopes to play professionally in Europe, as well as coach in her hometown. She wants to encourage young girls to pursue basketball.

With the potential for a WNBA team in Toronto and the Canadian women’s basketball team possibly securing a spot in the 2020 Olympic Games in Tokyo, Cerino says there are now more professional opportunities for women from Canadian university programs.

The Ravens have the support of their fans at home or away. Huff said their longtime fans will often bring them cookies, or young kids will come up to them after their games wanting to talk to them.

Even while the women’s team faces challenges, they are working toward a world in which they’re not seen as a warm-up to the men.

Huff said that the Carleton program is gritty and competitive and both she and Cerino are eager to prove this beyond their university careers.

“There’s a lot of women who have been paving the way,” Huff said. “Canadian women’s basketball is really on the rise.”