1 week ago 0 5 min read
We use cookies to provide a personalized experience for our users. By continuing to browse this site, you give consent for cookies to be used.
Got it!
Home > Social Justice > Carleton University to rename three campus buildings to promote diversity, inclusion 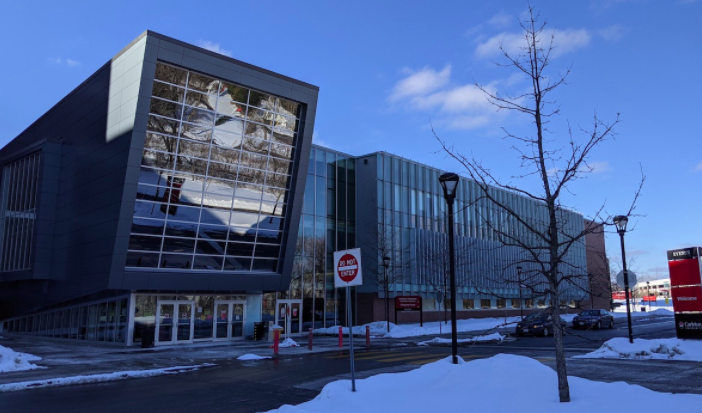 Carleton University will rename three campus buildings to better reflect the racial diversity of the university and the country.

The University Centre, Residence Commons and Robertson Hall are to get new names, Carleton’s president Benoit-Antoine Bacon announced in February.

The new name for each building will come through consultation with different communities. The University Centre will be given a new designation in partnership with the Algonquin First Nation, including the Kitigan Zibi and Pikwakanagan communities. Residence Commons will be renamed in collaboration with Black communities and Robertson Hall — Carleton’s administrative headquarters — with the Inuit community.

In a written statement announcing the initiative, Bacon said the renaming of Robertson Hall is being undertaken with the “gracious support” of the Robertson family.

Gordon Robertson, the building’s late namesake, was the fifth Carleton chancellor and a high-ranking federal public servant for decades, including a 12-year term as Clerk of the Privy Council — Canada’s top bureaucrat — under prime ministers Lester B. Pearson and Pierre Trudeau.

Bacon said the new monikers will respond to “the urgent need to better reflect our diversity in our academic mission and campus operations.”

The president also acknowledged the lack of diversity and inclusion in the physical infrastructure of the university.

“We are keenly aware that the names of our buildings — like those on campuses across Canada — are not representative of our community or the current Canadian population,” Bacon said.

Only one campus building, Kailash Mital Theatre, is named in honour of a person of colour — teacher, entrepreneur and philanthropist Kailash Mital, who donated scholarship money to the school with his wife, Nandi.

None of the 37 Carleton University buildings honour Black or Indigenous people. The new Sprott School of Business hub, under construction since 2018, is named the Nicol Building after Carleton alumnus Wes Nicol, and thus will not improve the representation of Black, Indigenous or people of colour among campus buildings.

More than 40 per cent of Carleton students are from “culturally diverse communities,” Bacon said.

The decision to rename comes in the wake of students and faculty calling for inclusive changes on campus.

During Black Lives Matter protests in June, Carleton student Jimi Aribido started a petition advocating for the removal of the statue honouring Mohandas Karamchand Gandhi — leader of India’s independence movement — from in front of Richcraft Hall because of Gandhi’s anti-Black and racist statements during his years in South Africa.

Students, faculty and others have also urged the renaming of the student residence building, Russell House. The building is named after Russell Township, east of Ottawa, and the 19th-century slave owner and Upper Canada administrator Peter Russell.

Russell Township citizens launched a petition in June to rename the town, collecting nearly 2,000 signatures to change the town’s name. Township mayor Pierre Leroux and councillors ultimately decided to keep the town’s name, but attribute it to a different figure named Russell through a selection process that is still unfolding.

The university has not announced plans to rename the Russell residence, despite the controversy and the African Canadian Association of Ottawa urging the university to act.

“Unfortunately, we do not have any more to add beyond the original communication at this time. Once the process is underway, we will make sure to update the community,” Reid said.

Some Carleton students say the renaming initiative is a good step forward.

“It’s really important to make sure that the diverse groups of Canada, especially those that have been heavily discriminated against in the past and to this day, have been fairly represented,” Van Oirschot said.

“As Canadians, we should pride ourselves on being inclusive and accepting of all people of all walks of life,” he said. “This decision is a good embodiment of that sentiment.”

Bacon said he expects other universities to follow suit.

“We expect that processes such as the one we are launching today will become increasingly common as universities continue to adjust their physical spaces — and other aspects of their activities and operations — to the realities and needs of the present time,” Bacon said.

More information about the initiative, including how those interested can volunteer to be a part of the renaming process, will be disclosed soon, the university said.