6 days ago 0 5 min read
We use cookies to provide a personalized experience for our users. By continuing to browse this site, you give consent for cookies to be used.
Got it!
Home > Life > Catching up on a year of legal cannabis in the capital 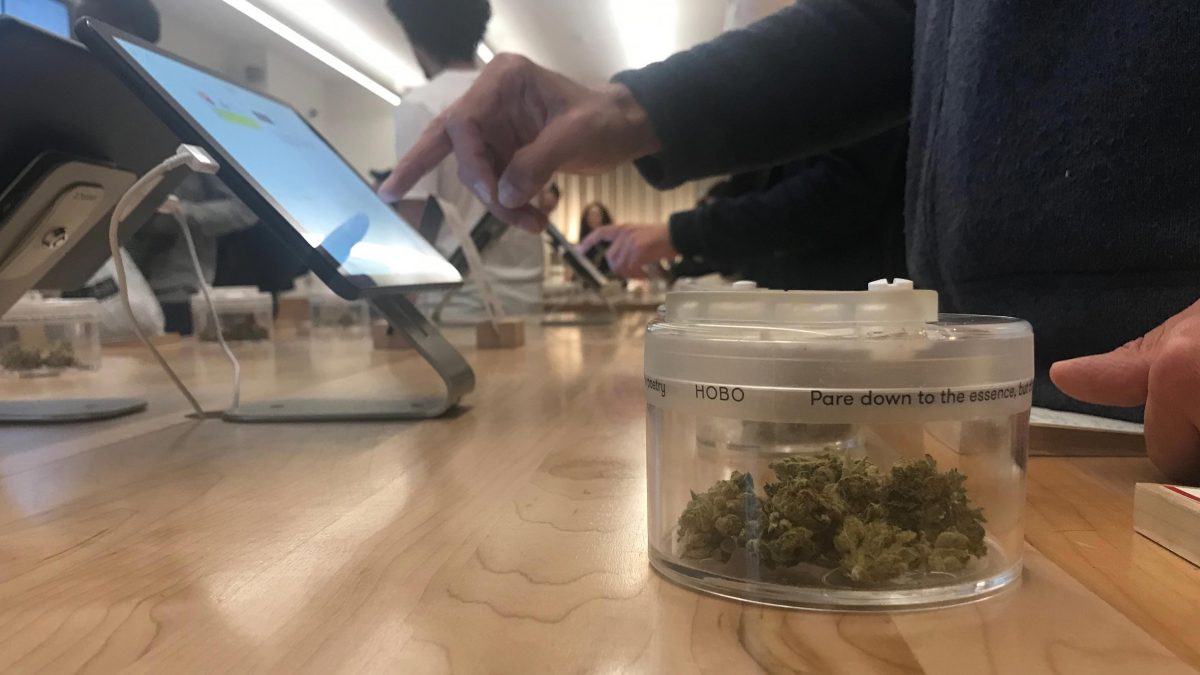 Catching up on a year of legal cannabis in the capital

One year after cannabis legalization in Canada, Capital Current interviewed members of the community, city councillors, cannabis retailers, and the police to find out how people have adapted and what still needs work.

Kitchissippi Counc. Jeff Leiper says the rollout of marijuana retail was a “gong show,” in part because there were not enough stores allowed to open in the city.

Leiper’s ward is home to Superette, one of the city’s first cannabis dispensaries. He says residents in the area are frustrated by the level of traffic coming to the store.

“People are coming from the west end of Ottawa to buy there and they get … half-way down the street, they realize there’s no parking, and then they boot it like bats out of hell to go the other way,” he said.

“We need to allow a lot more stores in order to minimize some of those impacts,” he said.

Leiper expects the high traffic to diminish as more stores are licensed such as one that is coming to Barrhaven on Strandherd Drive, after a full eligibility review by the Alcohol and Gaming Commission of Ontario (AGCO).

Greg Paik, who drove 45 minutes from Luskville, Que. to HOBO Cannabis Company on Bank Street, says people are eager for more locations with shorter lines and a shorter drive.

Paik says he wants to see more licensed stores like HOBO and Superette. He said he goes out of his way to buy from these outlets because of their selection and quality.

According to Statistics Canada’s National Cannabis Survey (NCS) released in August, almost five million Canadians reported using cannabis between April and June. This number is unchanged from last year, before legalization, however the number of people aged 65 and older increased from three per cent to five per cent.

Ernest Bruer just turned 70 and says he is using marijuana for the first time in his life to help him sleep, and to help with aches and pains.

“Using [marijuana] wasn’t something I considered until last year. I never had a doctor recommend it … but I thought there’s no harm in trying now.”

Bruer says his main worry is his grandchildren being exposed to cannabis at school or at the park.

“You’re not supposed to smoke in parks, so it’s stuff like that, it’s personal space issues that I’ve had to deal with,” said Kavanagh, adding that people are getting used to the smell.

What are people buying?

As an example, Anderson says the store’s bestseller is Pink Kush.

“Pink Kush is a very heavy hitting, very unique tasting, indica dominant hybrid,” he said. “It’s very heavy on the head, very heavy on the body, it’s something people feel. I think that’s why a lot of people like it, they’re getting high and chasing a feeling.”

Popular products vary, and often depend on what the media is discussing, says Anderson.

“There’s a lot to learn [about cannabis]. It’s a brand new market, it’s not like the liquor industry, where you’re picking up things because you saw your parents drinking them your whole life. Cannabis is so new for a lot of people.”

Anderson said that there were articles circulating around late August about a strain of pot called White Widow and its high THC concentration.

Studies and stories that discuss the benefits of CBD oils to treat pain and alleviate stress push interest, he says.

“We definitely see a lot of people coming in looking for CBD oil. CBD helps people in different ways and has so many benefits, both medicinal and recreational.”

Research at Harvard University has shown that some of the benefits include the treatment of chronic pain, insomnia and epilepsy.

As for the two types of cannabis indica and sativa, Anderson says sales are even and depend on the day.

“People buy more sativas on the weekend. People are going out, they like to get high when they’re going out, to stay up and to have fun. Meanwhile indicas tend to be interpreted as more lethargic and a bedtime high.”

What are the Ottawa police saying?

Media Relations Officer and Drug Recognition Expert, Const. Amy Gagnon, says legalization has been relatively smooth so far for police. She says one of the major issues early was the amount of illegal storefronts operating, but that it is no longer a problem for Ottawa police.

“Our drug units worked really hard with the landlords in helping them understand the penalties and the cost of being an illegal storefront,” said Gagnon. “By Nov. 2, 2018, we no longer had any illegal storefronts operating in the Ottawa area.”

Gagnon says a persistent problem for police has been online sales of cannabis.

“One of our biggest challenges still remains the online illegal distribution and sale of cannabis, but I know that that’s being worked on in conjunction with the provincial government.”

Gagnon says a large part of legalization’s success can be attributed to the training given frontline officers beforehand.

As of Oct. 10, 2018, Ottawa police had 28 trained Drug Recognition Experts and 270 trained Standardized Field Sobriety Test officers. The training involves being able to detect impairment by alcohol or drugs, especially with regards to driving.

Gagnon says the test is “the best tool in the criminal code available to us to recognize impaired driving” and that the amount of trained officers has allowed Ottawa police to crack down on impaired driving by drugs.

“There’s been a 28 per cent increase in impaired driving by drugs charges since legalization,” said Gagnon. “Officers are now better trained, better equipped to recognize the signs and symptoms and put their observations into words.”

The federal government has now approved two devices for roadside drug testing, though neither the Abbott SoToxa nor the Draeger DrugTest 5000 can actually determine impairment at the time of the roadside test. Instead, the devices can only detect the presence of THC in the saliva sample.

The Ottawa police can only use the devices to test drivers’ saliva if they reasonably suspect they’re under the influence of drugs. Reasonable suspicion is determined using the standard field sobriety test.

The federal government has promised to continue providing funding of $3.4 million per year over the next five years to improve drug-impaired enforcement on Ontario roads.

How does the illegal cannabis market compare to the legal?

There is still a considerable amount of trade in illegal cannabis in the country, according to Statistics Canada.

According to the survey, 42 per cent of cannabis consumers said price is a primary concern when choosing where to purchase their cannabis.

According to a Statistics Canada report, the average legal price of a gram of cannabis is $10.65, almost double the cost of an illicit gram, which is $5.93.

What is the future for cannabis?

As of Oct. 17, 2019, edibles will be included in Ontario’s Cannabis Act under the same regulations as other forms of cannabis, such as dried plants or oils. This means Ontario residents age 19 or older will be legally permitted to consume edible cannabis products that have been prepared at home and for personal use.

Canadians will not be permitted to buy or sell them although social sharing will be allowed.

According to Health Canada, edible products will be available in stores by mid-December.

The weight of edibles will be included in the amount adults can carry at a time. This does not include the weight of the finished product but rather the equivalent weight of the dried cannabis.

The Cannabis Act states that legal possessors may hold up to 30 grams at a time. With regards to where edibles can be consumed legally, the only place that is off limits thus far is in motor vehicles or boats, (though there are exceptions). Smoking and vaping remain restricted in enclosed work spaces, enclosed public spaces and designated smoke-free zones.

“It’s really a matter of people understanding how edibles function, and edibles function very differently than smoking cannabis. It can take thirty to sixty minutes for those edibles to take effect. The high can actually last six to eight hours. That’s going to be our next area of concern as it relates to impaired driving or possible assisting medical calls.”