3 weeks ago 0 4 min read
We use cookies to provide a personalized experience for our users. By continuing to browse this site, you give consent for cookies to be used.
Got it!
Home > News > COVID-19 increasing mental health concerns along with physical damage, experts say 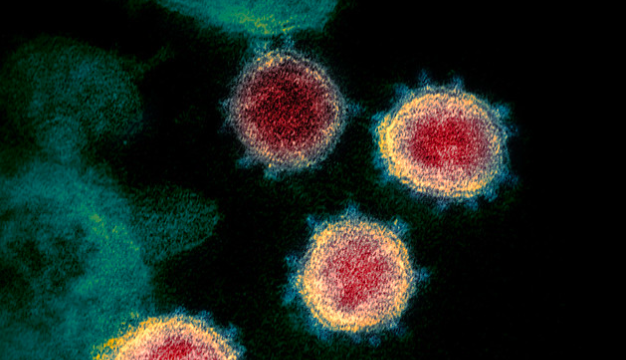 The COVID-19 pandemic is causing many people to seek help for anxiety and other mental health concerns. [Photo © NIAID via Flickr/CC-BY 2.0]
Health

The COVID-19 pandemic is doing more damage than just the physical symptoms that are proving so dangerous.

The mental health of people is being directly affected. This is showing up on phone lines into the Ottawa Distress Centre which, during the last week of March, reported a 30 per cent increase in calls. More than a quarter of the calls received were directly related to COVID-19.

To help people cope, Ottawa Public Health has released an updated mental health page with tips for people struggling during these uncertain times. Increased stress brought on by the COVID-19 crisis is common worldwide, and the effects of isolation and social distancing can breed cabin fever. To help the Trudeau government has invested $7.5 million into the national Kids Help Phone program.

For people with pre-existing mental health struggles, the current state of the world can be particularly triggering, and the switch to online services, a challenge, some say.

Briana Day, a recent University of Ottawa graduate, was diagnosed with depression and anxiety during her first year of university, five years ago. She says that it can be difficult to manage her worry, especially now that there is so much uncertainty regarding the coronavirus.

“In this situation, I was fine at the beginning, but the more that I see on the news, the more worried I get,” she said.

Terrilee Kelford, a registered psychotherapist, predicts that the effects of social isolation will likely affect more people as time goes on.

“Boredom, isolation, inactivity and the lack of structure will start to affect their moods, sleep patterns, eating habits and ultimately their mental health,” Kelford said in an email exchange.

“Normally as a therapist I would encourage my clients who are struggling with anxiety and depression to avoid social isolation,” Kelford wrote. “However, we find ourselves in the current pandemic situation and are being told to socially distance. For many this translates to social isolation, inactivity and a lack of structure which exacerbates their symptoms of depression and anxiety,” Kelford wrote.

Jannette Robert, a registered psychotherapist specializing in addiction, says that her practice has been cut in half since the isolation. She says that a lot of people have been cancelling their sessions with her now that counselling services have been moved online rather than in person.

She adds that substance abuse for recovering alcoholics can be especially difficult to overcome during this time.

“I think it’s a double edged sword in terms of the LCBO being open, because some people would feel they need to keep drinking so that they don’t go into seizures [from withdrawal],” Robert said.

Day says that she actively makes an effort to stay positive, and regularly contacts friends via texting and FaceTime to overcome the isolation. Both Day and Kelford recommend keeping busy by tackling small projects at home, and maintaining physical activity. They advise to keep up a routine as much as possible to maintain normalcy during the uncertainty of the times.

“My anxiety does come from uncertainty, not knowing what’s coming next, and that’s literally what’s happening right now,” Day said.

Robert adds that isolation gives people more time to ruminate in their worried thoughts, which can make them feel more severe than they otherwise would have. She explains that it is important to bounce these thoughts off of other people, to regain perspective. Day agrees, saying that what has helped her most is keeping an open dialogue with friends and family about the thoughts and feelings she experiences.

“In a situation like this where you see thousands of people in the world dying…with that feeling of hopelessness some people are going to be experiencing depressive symptoms,” Day said.

“I think the most important thing to know is recognizing that your feelings are valid… and knowing that it will pass if you take care of yourself.”