2 days ago 0 5 min read
We use cookies to provide a personalized experience for our users. By continuing to browse this site, you give consent for cookies to be used.
Got it!
Home > News > Canada > Ontario > COVID-19 is clouding the future of available affordable housing 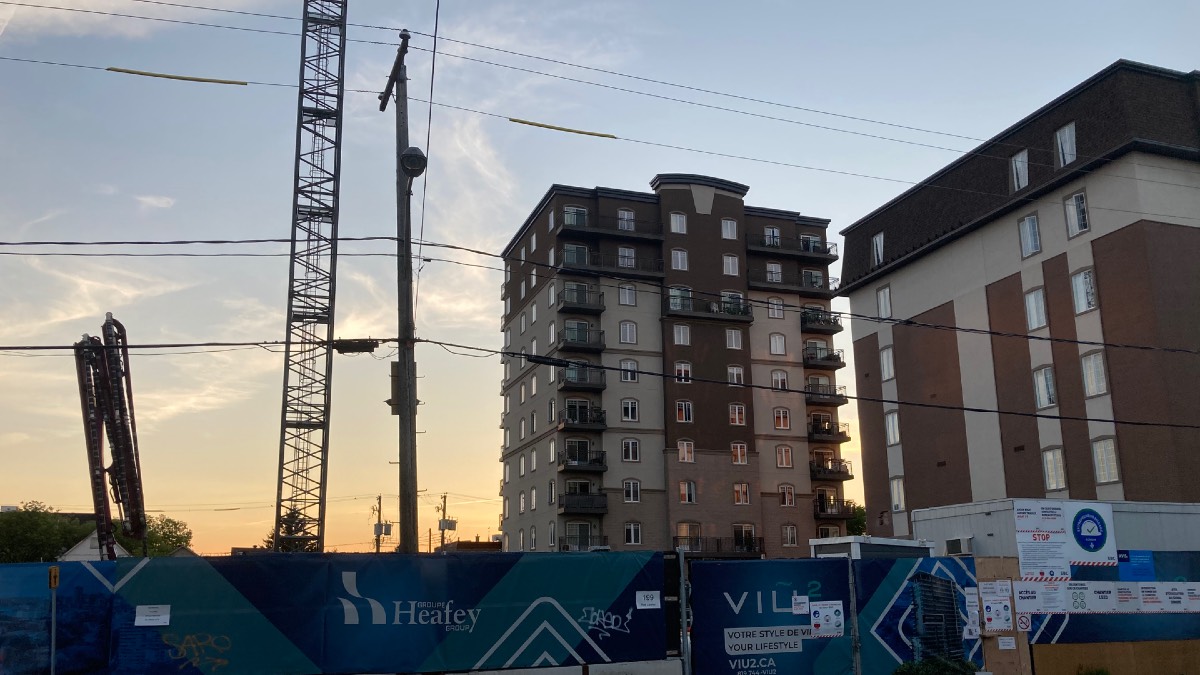 Residential construction is being affected by the COVID-19 pandemic. [Photo @ Bailey Moreton]
Business

COVID-19 is clouding the future of available affordable housing

The availability of affordable housing could take a huge hit because of the COVID-19 pandemic, as new Statistics Canada numbers show record declines in investment in construction.

Investment in building construction plunged nearly 46 per cent to $8.4 billion in April compared with the previous month. Previously, the largest month-to-month national decline on record was a 3.9-per-cent decrease in August 2017, according to Statistics Canada.

The biggest decline was seen in the construction of residential projects, which dropped by 49.2 per cent. Investment decreased in all provinces and territories, with investment falling in Ontario by $3.2 billion while Quebec lost $2.5 billion in construction investment, the two steepest declines in the country.

“What’s happened is the efficiency has gone down because of the protective measures we’re putting into the world, so it’s going to take longer to complete projects.”

There has been a bounce back in June as the economy reopens. The Canada Mortgage and Housing Corp. says the annual pace of housing starts rose in June as construction of apartments and condos increased. A ‘start’ is when concrete is first poured into the foundation, according to Anne-Marie Shaker, an analyst at the Canada Housing and Mortgage Corporation.

But according to Shaker, this likely won’t continue locally, as housing starts in Ottawa are trending down until 2022.

Housing starts could also drop because of decreased demand as immigration is expected to slow. Ottawa could also be impacted by a decline in students moving to town from other provinces to study.

“Population growth in Canada is driven a lot by immigration, not just birth rate,” said Shaker. “If we see these drops in population, you expect housing demand will also be affected in terms of housing starts.”

Investment in construction did see a big dip because of COVID-19, which forced provinces to shutter non-essential construction sites, according to Statistics Canada.

Residential projects were deemed essential but still saw a massive drop in activity because of physical distancing restrictions, according to real estate economist Frank Clayton, a senior research fellow at Ryerson University.

“What’s happened is the efficiency has gone down because of the protective measures we’re putting into the world, so it’s going to take longer to complete projects,” he said.

There are also 500 ministry inspectors visiting workplaces to ensure physcial distancing and other public measures are in place. So construction firms with poor health and safety practices face additional scrutiny because of the pandemic.

Investment in new projects has also dropped drastically because Ontario was forced to close building permit offices as part of the COVID-19 lockdown, said Clayton.

Delays to the already lengthy planning approval process are a longstanding problem that hurt the creation of new affordable housing, added Clayton.

“It can take you up to 10 years to get from the time you buy the property or think about building a condominium until you actually get the darn thing built, because it’s such a long process to go through the approval process,” he said.

This means that many cities — particularly Toronto, which has had skyrocketing housing prices — under-build the required number of new housing units every year, leading to inflated prices.

“The land use planning system is just not geared up for when demand increases,” said Clayton. “The supply doesn’t necessarily respond, or if it does respond it does it very, very slowly. When demand picks up and your supply doesn’t increase, prices go up.”

Clayton said municipal governments have become distracted by achieving other goals and need to focus more on increasing the supply of affordable housing.

With the housing market in its current state, Clayton said he would want city planning to return to a post-Second World War mindset.

“At that time,” he said, “one of the biggest goals of planning was to accommodate growth, and that’s the thing that got lost amongst all these other things that government are doing. Accommodating growth is not a high priority.”

“The land use planning system is just not geared up for when demand increases – the supply doesn’t necessarily respond, or if it does respond it does it very, very slowly.”

While the numbers point to a decline in the housing supply, Clayton expected that in the long-term, construction firms would move ahead with new projects, since the planning process is so lengthy.

And demographic changes because of COVID-19 may also make more housing units available than in a normal year.

In the News: Wednesday, July 15