6 days ago 0 6 min read
We use cookies to provide a personalized experience for our users. By continuing to browse this site, you give consent for cookies to be used.
Got it!
Home > Social Justice > Criminal justice advocates question Ontario’s decision to shut down prison oversight boards 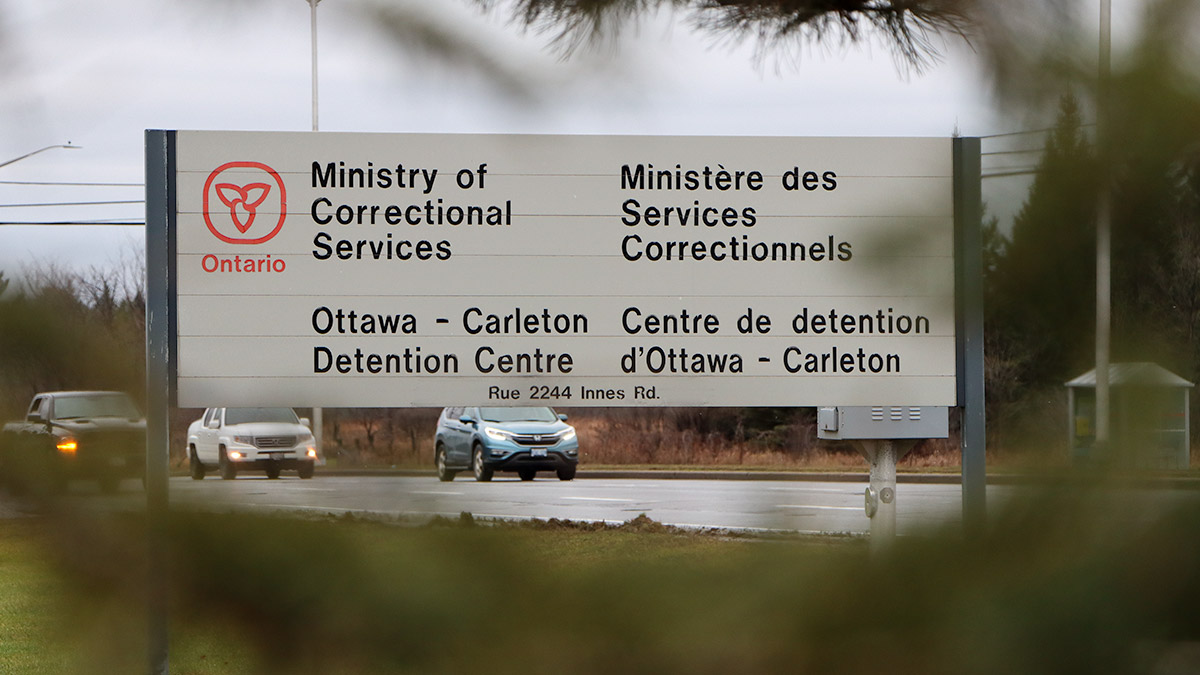 The Ontario government shut down 10 prison oversight boards in June — including that of the Ottawa-Carleton Detention Centre — which provided recommendations on improving conditions in the jails. [Photo © Ariel Harker]
News

Criminal justice reform advocates say the Ontario government hasn’t been transparent enough about why Community Advisory Boards that oversee provincial jails were shut down in June.

Advocates say the boards were the only independent bodies dedicated to providing oversight and transparency to Ontario prisons. This, the critics say, was because board members had the authority to enter the jails at any time.

The Community Advisory Boards were formed between 2013 and 2015 to watch over the 10 largest correctional facilities through community volunteers who were recruited as board members.

In an email statement to the Capital Current, the ministry cited a lack of community engagement and difficulty recruiting board members as some of the reasons the boards were shut down. But criminal justice advocates say those reasons don’t explain the provincial government’s disengagement with the boards before their closures.

The advisory boards were also intended to help improve conditions inside the institutions through annual reports sent to the Ministry of the Solicitor General, responsible for the province’s prisons.

However, Farhat Rehman, a member of the Ottawa inmate advocacy group Mothers Offering Mutual Support (M.O.M.S.), said the ministry stopped publishing the reports on its website in 2016, and that this was an indication of the government’s lack of investment in the success of the boards.

Rehman said once the Progressive Conservative government came to power in 2018, the ministry stopped acknowledging receipt of the advisory board reports, which made recommendations on improving conditions inside the prisons and monitored the ministry’s progress on implementing them.

The 2017 report by the former advisory board for the Ottawa-Carleton Detention Centre — obtained by the Criminalization and Punishment Education Project (CPEP) through a freedom of information request — addressed issues with health-care staffing shortages, mental health concerns, low food quality, and other systemic issues inside the jail.

Rehman said the oversight boards could have played a role in combatting those concerns.

“We’ve been advocating for better alternatives to imprisoning people with mental illness, addictions or disabilities,” she said. “It’s cruel and unusual punishment.”

Rehman said M.O.M.S. wrote in a letter to Ontario Solicitor General Sylvia Jones that they were horrified at the ministry’s announcement that the boards were being shut down. “This is a huge setback,” she said.

In a statement, a spokesperson for the Solicitor General’s office said the ministry is working to address problems inside the jails, including with capacity issues and supports for inmates with mental health issues.

The spokesperson cited a lack of engagement and difficulty recruiting and retaining volunteer board members despite “significant administrative investments” by the province as the reason the boards were dissolved.

The statement said the ministry shouldered administrative costs through staffing supports for the boards. The spokesperson didn’t respond to Capital Current’s request for more detail on what those supports were.

Justin Piché, a criminology professor at the University of Ottawa and co-chair of CPEP, said the reasons the ministry gave didn’t explain why the boards were shut down.

“I think that they basically wrote some reasons on a napkin as to why they were shutting this thing down,” he said. “I think they just don’t like eyes on what’s happening behind the walls.”

Rehman also said the ministry didn’t sufficiently explain where the costs of the boards were coming from, since the board members were volunteers. “What kind of outlandish expenses were they incurring?” she said.

Piché said the fact that the boards were limited to annual reports made it difficult for the boards to play a valuable role in addressing concerns about conditions inside the jails.

“They were set up in such a way that I generally think were undermining their ability to affect change,” he said. “[The government would have had to] commit to publishing those annual reports on a timely basis, where they could actually potentially impact change.”

The advisory boards weren’t the only bodies bringing oversight to prisons in the province. These include the Ontario Human Rights Commission, the Ontario Ombudsman and the Auditor General of Ontario.

However, Rehman said these bodies have other priorities, so they can’t provide oversight to the extent that is needed. “So there is nothing that’s currently in place,” she said.

Piché said for oversight bodies to be meaningful, their recommendations must be taken seriously — but even then, what they can do is limited.

“We have to understand, even with the best oversight that could exist on the planet, these are still sites where we deprive people of liberty,” he said.