5 days ago 0 3 min read
We use cookies to provide a personalized experience for our users. By continuing to browse this site, you give consent for cookies to be used.
Got it!
Home > Sports > Despite ongoing challenges, Ottawa athletes, sports officials pleased to play 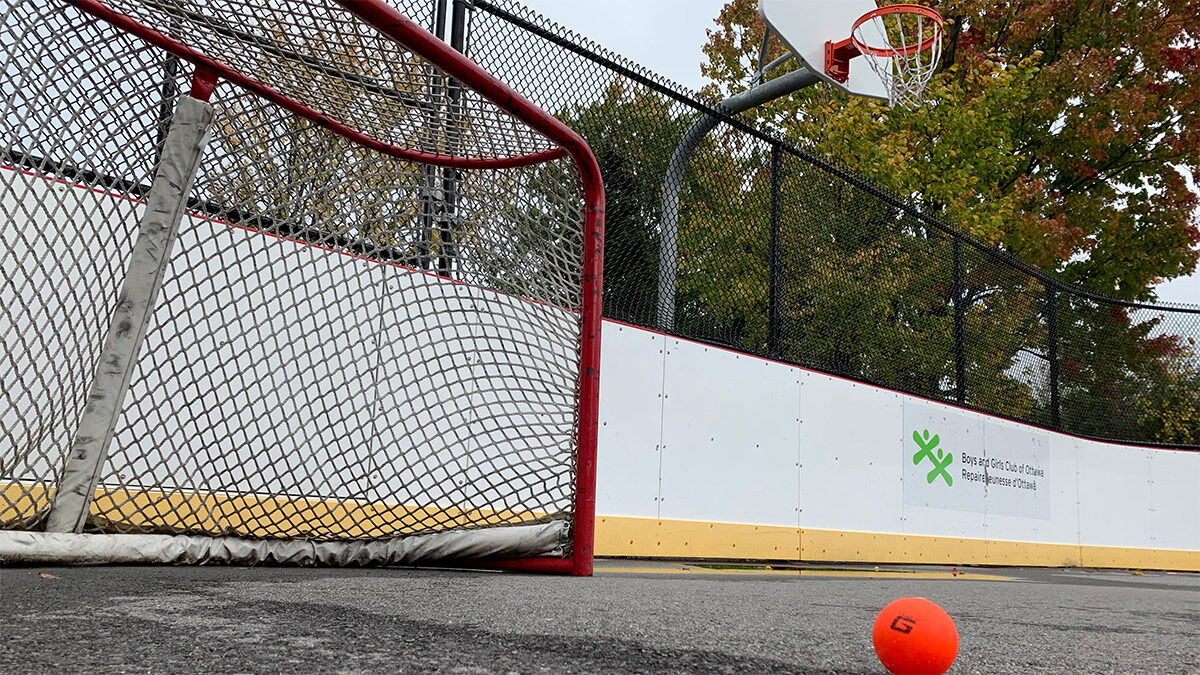 Outdoor sports spaces are available to use again, but many youth leagues that rely on indoor facilities are facing difficulties during the return-to-play period — including basketball, which relies on school gyms. [Photo © Alex Riehl]
Community

The NHL’s Ottawa Senators, now battling a COVID-19 outbreak, actually made it look easy to relaunch a sports team as the pandemic’s fourth wave began to ease, earlier this fall.

But ask anyone involved in Ottawa’s athletic scene and you’ll discover it’s actually quite difficult. While youth leagues have been forced to deal with fewer players, fewer facilities and various quirks as pandemic regulations adjust, athletes say they’re OK with it all as long as they can start shooting and scoring again.

The City of Ottawa’s sports commissioner, Rideau-Vanier Coun. Mathieu Fleury, recently submitted a report to city council detailing how “return to play” is going for the Ottawa’s sports community. The residual effects of the pandemic and associated policies, the Oct. 13 report stated, are still complicating things. Capacity requirements make it difficult for parents and spectators to attend games, vaccination requirements exclude the 15 per cent of unvaccinated Ottawa residents from youth sports, and the rush to return to play has created a shortage of bookable facilities.

These complications have youth sport volunteers and officials rolling with the punches to keep kids playing.

Dan Case, president of the West Ottawa Basketball Association, said he knows proof of vaccination policies have lowered registration numbers this year. But he said he’s unable to measure the tangible effect beyond his anecdotal knowledge.

While the restrictive policies have taken their toll, he said he believes fewer constraints would have resulted in even more athletes on the sidelines.

“As far as I am aware, we lost one of our most dedicated coaches as a result of this policy,” Case said. “Likewise, I could not tell you how many of our families chose to register with us knowing that this policy was in place, given the feedback I have (received). I can say with some confidence that we would have way less registrants if we did not have this policy in place.”

Still, mandatory vaccination and other policies have sports organizations cautious about potential hostile behaviour from the excluded. West Ottawa Ringette’s website contains an “important reminder” under its COVID policy tab that reminds participants and parents there is zero tolerance for abusive behaviour or harassment towards volunteers and facility personnel.

Youth sports organizations are facing additional difficulties outside of the policies themselves, with the return to play wave flooding available play spaces with renewed demand for facilities. Fleury’s report outlines the disparity between sports when it comes to securing a place to play.

“Some sports, such as tennis, can be played outdoors and as an individual, have been more resilient,” the report states. “In contrast, others who are indoors, team-based, and lease their spaces have had real struggles to continue supporting youth practice and gameplay, including basketball.”

Case can attest to the difficulty of booking facilities for his league, as school gyms would normally comprise the majority, if not all, of WOBA’s facility needs. Without them as an option, he has been finding it difficult to book available courts for those who are registered and eager to return to play.

“This year, we have been trying to book community centres and private facilities,” Case said. “However, these are in very high demand with all sports in the community, and they cost (sporting) clubs about 10 times what school facilities cost.”

Fleury said basketball already issues leasing space pre-pandemic, completely relying on school gyms as venues. But current restrictions have just collapsed the structure of basketball organizations. Fleury said he has been in contact with all four school boards in Ottawa, as well as the provincial Ministry of Education and Ministry of Tourism and Sports, to get everyone comfortable with leasing spaces in schools again.

“Ultimately, it’s the provincial politics at play here. I’m of the mindset that the Ministry of Education, and the Ministry of Tourism and Sports, need to exert influence on what they want in community use of these schools,” Fleury said. “Their mindset provincially has always been hands off and let the school boards (decide). Ottawa is unique in the province with having four school boards, which create four different governance (bodies) and four different approaches to how how gyms and fields are allocated, so it’s a little more of a challenging situation.”

Case said that of the 500-plus registered athletes, only about 100 can play at any given time because of a lack of facilities, with the remaining registrants “ready to get rolling” the moment WOBA can access more gyms. But even with access to a facility, capacity limits can cut some kids out of their chance to play.

Marcelle Malenfant, a high school tennis player, noted how tryouts were held differently during the return-to-play period versus her first year because of capacity limits.

“When I played in Grade 9 for my school team, they accepted anyone who joined the team,” Malenfant said. “(This year), they had to limit the players so there was actual tryouts, so only a specific amount of people could play compared to a few years ago … because there’s limited people that can be on the court.”

Malenfant said she decided to stop playing tennis during the pandemic and, with the Ottawa Athletic Club closing for good, it forced her to find new places to practice afterwards as well. While she said she doesn’t believe her own skill was hindered, she acknowledged this left no room for new players on her high school team who did not get a chance to learn the game during the pandemic.

As facility availability became a clear issue, Fleury highlighted the potential for growth at Carleton University and the University of Ottawa since their sporting facilities have been expanding. That could help community-driven sports initiatives in the future, he said.

“They are quite limited, but the reality is, both Carleton and uOttawa really need to invest with the city and with with government’s help in creating modern sports infrastructure, which will help the local club scene,” Fleury said.

Despite all the factors involved in juggling a youth sports association in the COVID-19 era, Case said players and officials alike are delighted to have to opportunity to be out on the court again.

“The feeling in the gym is almost one of thanks, relief, and excitement combined from all,” Case said. “While most would rather be playing without masks, we are mostly just happy to be back playing.”